When I question what it is that Oscar Wilde, Ernest Hemingway, van Gogh, Verlaine and Tolouse -Lautrec Dumas and Guy de Maupasant have in common it is not only that they are all renowned in the arts but also, as the title suggests, they were all great lovers of Absynthe. (Also known as Absinth, Absinthe and Absint) 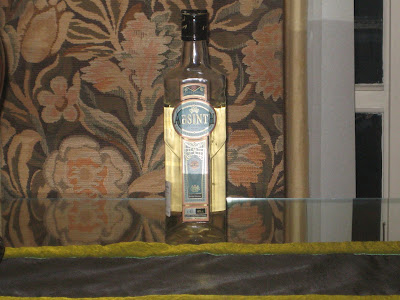 There has been a resurgence of interest in this unusual drink, also known as La Fee Verte or the Green Fairy, in the last few years. It, of all alcoholic beverages, has the most intriguing mythology which led to it being banned, as a toxic substance in the early 1900's changing the face of alcohol consumption and destroying a huge $100 million industry at that time.
This resulted from a French farm worker who, after an argument with his wife, shot killed her and his two small children. He had a regular and enormous consumption of alcohol beginning with Absynthe each morning and eventually this became the scapegoat for his behaviour.
The levels of Thujon, an extract of wormwood thought to be the cause mind altering qualities of Absynthe, is now regulated to the extent that it is no longer harmful.
There is a great deal of ritual associated with drinking Absynthe with the use of special perforated spoons to drop water through sugar into the appropriate glass. The end product is judged on colour, taste, feel in the mouth and so on and one unbelievable characteristic - Louche which speaks of decadence and a certain disrepute! Absynthe has an infusion of many other herbs before being distilled to about 136 degrees proof and has curative and aphrodisiac qualities attributed to it as well as being an aperitif and digestif.
If all this has roused your interest in Absynthe you could have a look at my link http://www.buy-absinthe-alcohol.com/ to learn, more or purchase some at extremely reasonable prices, or explore further through your search engine. I've experimented with some lately and it's very interesting.
Perhaps the saying should be Absynthe makes the fond heart wander!
I might add that I have no commercial interest in this product or the above link 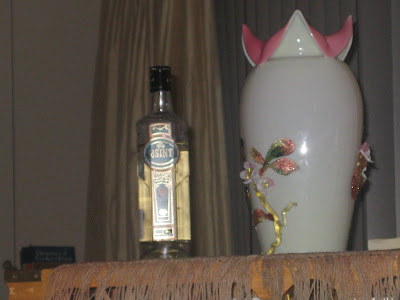