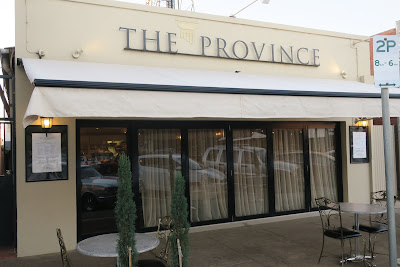 There are a few restaurants scattered around Mildura but the majority of them are in Langtree Street, which is quite central, or very near by. They range from the very ordinary to the very good. Province purports to be towards the  top of the range. It has an air of quality. The room is carpeted. Tables have white cloths under butcher paper and linen napkins. 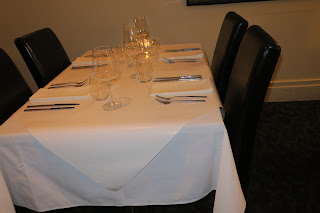 Decor is inoffensive with 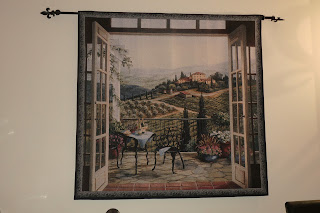 a nice flower arrangement at one end of the room. 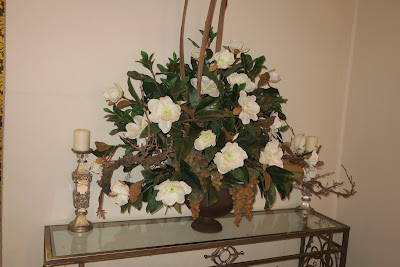 The menu is not large, about half a dozen entrees, called Antipasti, around $18, except for a shared platter of charcuterie, half a dozen pastas, $18/38 and half a dozen mains, called Secondi, $35 to $37 except for the Bistecca alla Florentine ($45)  but there is enough variety there.
There are a lot of things that are a bit off centre for many people that I particularly like such as tripe, sweetbreads, tongue, brains and eel so I was especially pleased to see an entree featuring smoked eel, house made creamed ricotta, caviar, squid ink and crostini. ($18)
It was beautifully presented. 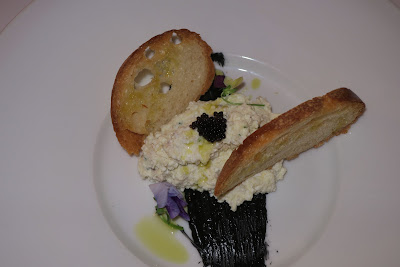 Unfortunately what I expected to be the hero of the dish, the eel, was almost undetectable and when I did get a bit of it the smoky part was only on the menu and not on the dish! The cheese was bland, the crostini, a couple of thin toasted slices of bread brushed with olive oil, didn't help much and the squid ink paste was really all for show. Italian bread, whatever that means, perhaps ciabatta, ($10) was on the menu but otherwise bread was not served.
My main course, lamb neck, ($38), 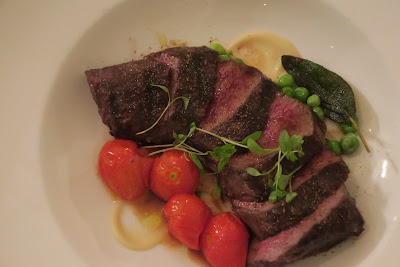 also very nicely presented, served rare, as requested, it was adorned with baby peas, a little garlic puree and cherry tomatoes accompanied by a light, very tasty jus.
Unlike the entree it was excellent. Not enough for a filling meal but I wanted to get back to see something on TV so I called it a night.
A bit on the expensive side and a little inconsistent.
Score almost 14/20

Posted by Elliot and Sandra at 6:11 PM