* Clik on pic's to enlarge them. 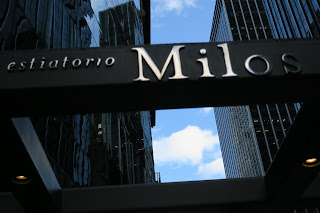 This has been well known for years as a fine fish restaurant and we were dying for a sea food meal. It is not very well signed with only one relatively small indication of its presence high overhead.
The entrance is cluttered, rather than decorated, with some reek urns and archeological remnants. 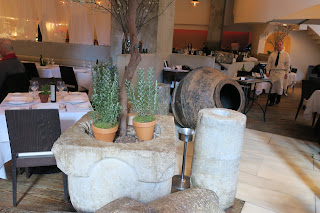 It's in a large room with a small bar near the entrance, 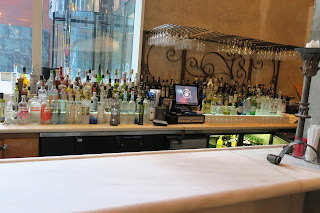 an open kitchen at one end, 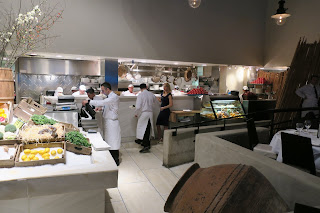 and a stand full of boxes in ice holding fish, some of which been swimming in Greek waters only hours ago, with clearly marked prices. 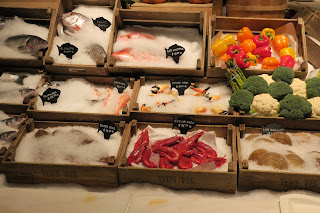 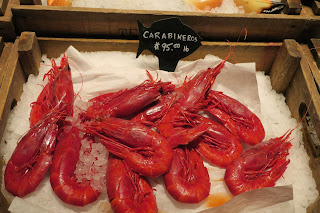 Many dear enough to make your hair curl! 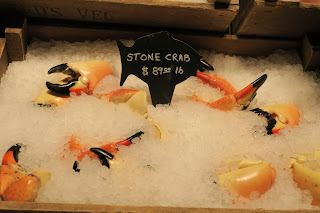 although some seemed a bit more reasonable, 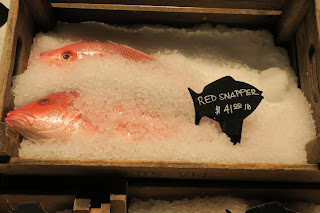 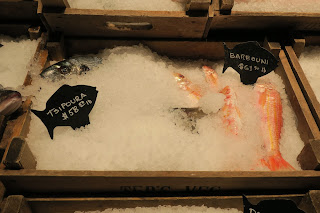 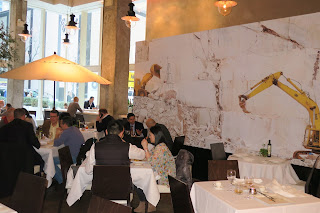 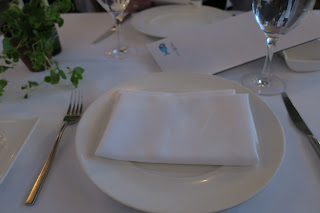 The herbs on the left of this pic are snipped off and dropped into the olive oil for the bread. 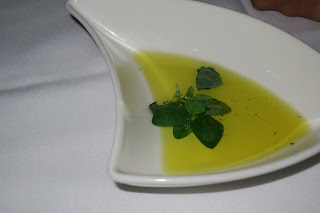 We had eaten here before and had a rather strange experience. We sat at a small table which was set with cutlery and salt and pepper. Sandra moved the salt and pepper aside and a few minutes later the waiter came and replaced them. After he replaced a little flower pot Sandra had moved from the centre of the table we said we have everything we want we don't need you now. Sandra moved the water tumbler aside and a minute later he replaced it. A bit irritated Sandra said  please move away. He did but a minute later a different waiter began to hover around us. They just had to be ready to serve no matter what.
Sea food for sure, perhaps lobster.
It's NYC Food Week $29 three course lunch at dozens of restaurants and $49 dinners for meals with lots of choices but we decided we really wanted lobster so we went for the a la carte menu.
We started with a Beluga lentil soup - who could resist that. 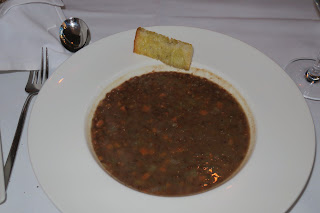 Turns out that these black lentils are called beluga because of their resemblance to caviar!! Never mind it was a rich and filling soup full of vegetables - perfect for a winter lunch.
Now for the lobster.
Steamed then grilled, served with melted butter and potato chips, we requested barely cooked and that's what we got. 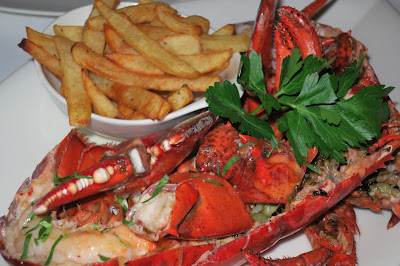 There are no words for this dish. It was wonderful. Sweet, delicate, moist it was the equal of any lobster dish we both have ever eaten. Reminiscent of a Maine lobster we had 15 years ago and a Tasmanian one perhaps 20 years ago, it was a dish to savour not only while eating it but to think of with pleasure at any time.
We finished the meal with a dessert. Greek yogurt with Greek honey. 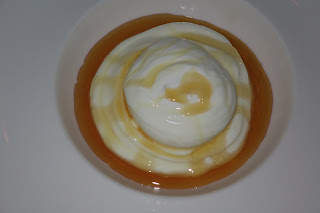 A no frills simply excellent. The honey was so remarkably tasty we asked for more.
I'm not a fan of Greek wine generally but this one was more than acceptable. 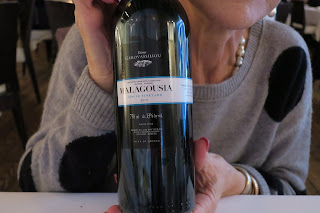 This was an exceptional meal and I have no hesitation in recommending Milos to any fan of seafood.
Score: 17.25/20
Posted by Elliot and Sandra at 7:06 PM