Rump and Ribs (Townsville and Rockhampton) 12/2018 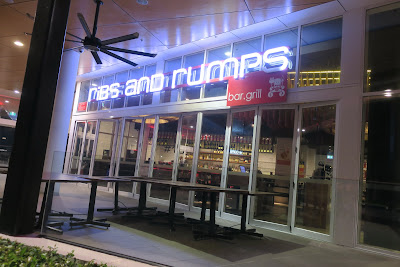 This franchise restaurant has about half a dozen venues, almost all in Queensland. Almost by accident I tried two of them on two successive days, the first in Rockhampton and the second, apparently the most successful one, in Townsville. They have some variations but work to a pretty good formula.They both offer inside and outside dining. 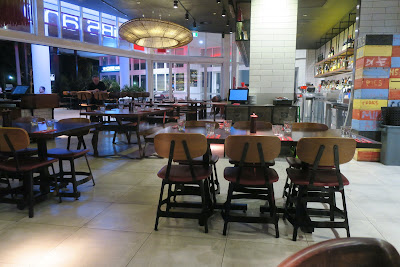 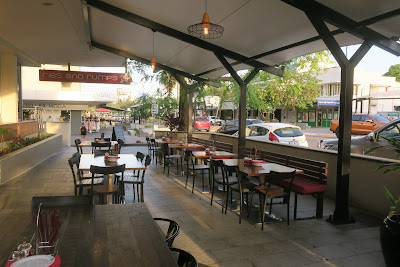 They both have bars 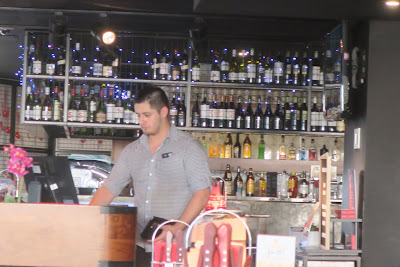 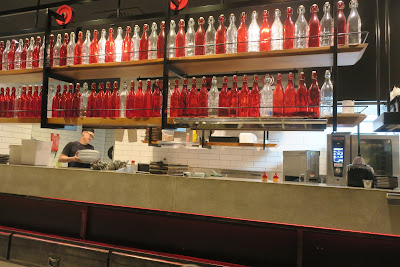 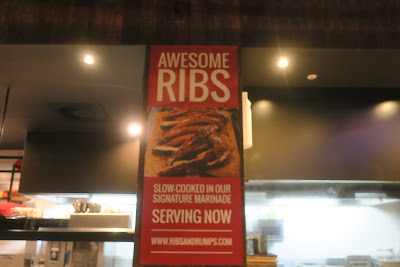 I had a half side of lamb ribs at Rockhampton. It was late in the evening and I suspect they gave me a bit extra because they were closing soon. Anyway it was a handsome serve and I loved every bit of it. 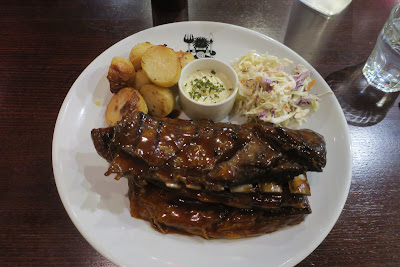 Tender, succulent and sweet it was as promised with a choice of potatoes - mash, wedges or roast with herbs, a little coleslaw and a creamy sauce.
At Townsville I had the beef ribs. A much smaller serve 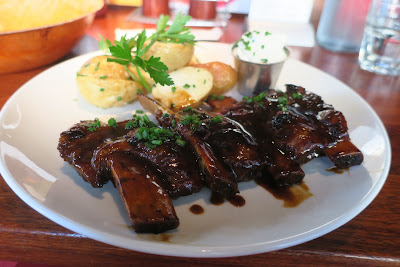 They were also tender and tasty. The accoutrements were a bit fancier here. I was offered a plastic bib, 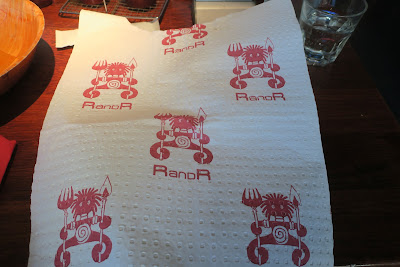 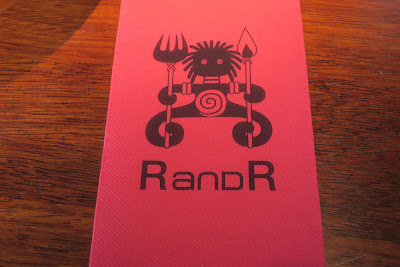 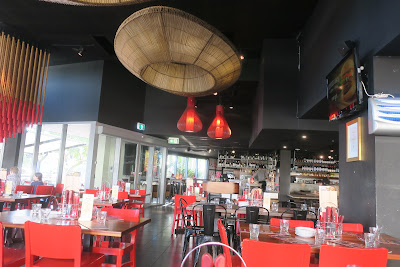