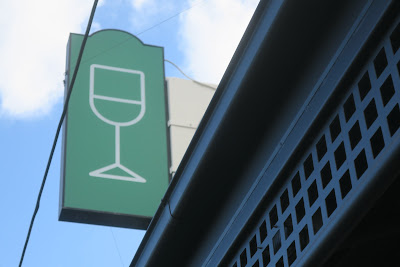 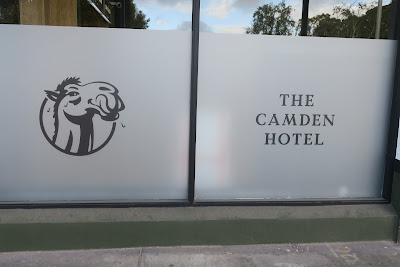 All this signage might give one the idea that this is a drinking place, which, of course, it is but it's also a place that serves fairly decent food at quite modest prices.
It's unpretentious with basic table settings 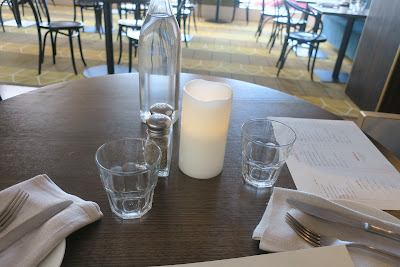 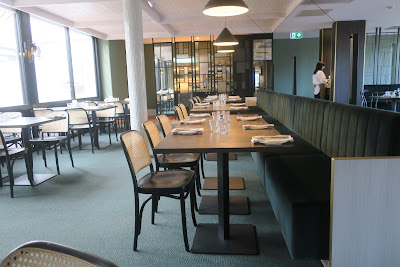 in a large open room with a central bar.
We'd heard that their large flounder was particularly good so that had to be top of our choices.
What sort of soup do you have we asked. Surprisingly soup is not available, it's not on the menu but there's enough to chose from.
So, first the flounder. It comes with chips 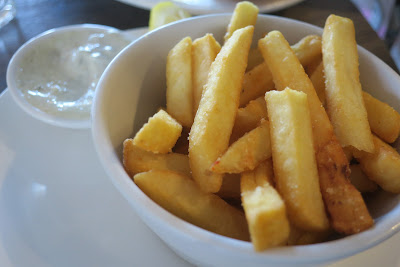 or mash and a small salad on top of it. 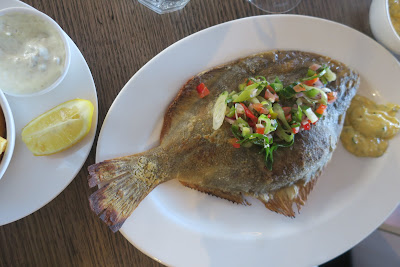 It was not very big but it was plump moist and very tasty.
I decided on a porterhouse steak. As usual I requested it be served 'blue' that is seared on the outside and just warm in the centre. 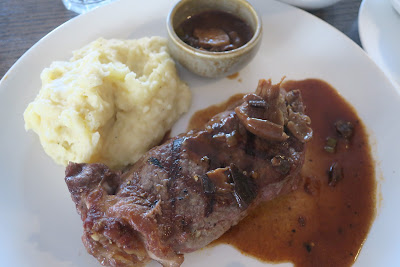 Not as usual that was exactly how I did get it!! Served with mash and a mushroom sauce it was as good as it gets.
We were not sure they could do this well again but we thought it well worth a try. Sandra had the flounder again which was pretty well identical to the first one and I chose a veal cutlet with potato Gratin. 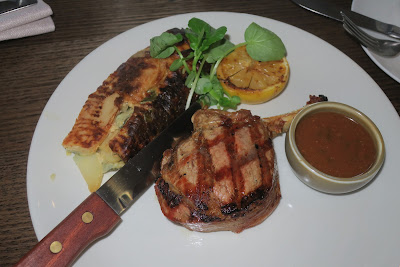 I have a particular aversion to eating charcoal and sent the gratin back to be replaced by chips.The veal was excellent. This time we tried the desserts.
The lava cake 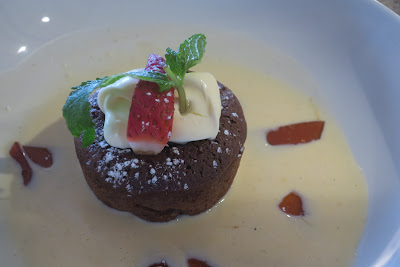 was overcooked, slightly burned and dry. Very disappointing.
The apple and rhubarb crumble was a bit sour 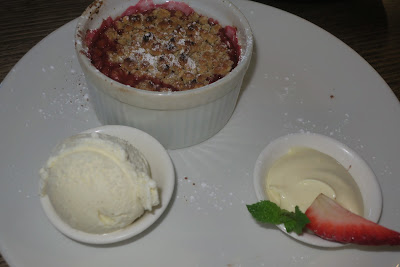 but quite acceptable.
As the famous Greek philosopher rightly said 'You can't step into the same river twice" and that proved right here.
Will we go there again? Sure we will.
Score:13.75/20 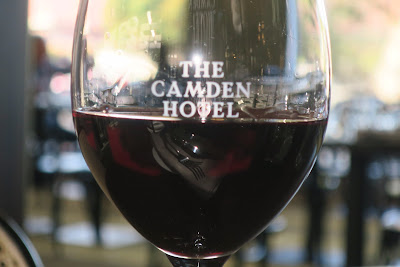 Posted by Elliot and Sandra at 8:08 PM

You are writing some Amazing tips. This article really helped me a lot. Thanks for sharing this blog.
pepperfry