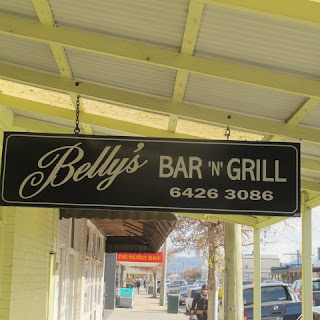 Latrobe is about eight km from Devonport where the Princess of Tasmania disembarks passengers from Melbourne, across Bass straight. It’s a typical small Australian town with one kilometre long main street lined, on both sides, with all sorts of shops, cafe’s and bars, food stores and supermarkets, banks and junk stores and lots more.

Belly’s, attached to the local RSL branch, sits at one end of the street. Friday night is a busy time. They have takeaway and the rather loud ‘phone rang incessantly, as the restaurant filled steadily.
Apart from a menu up on chalk boards 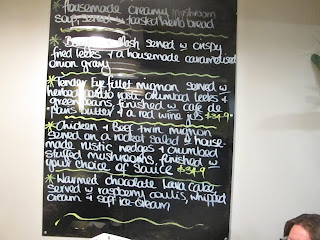 there is fairly straight forward menu which included a soup of the day, `starters and basic mains including pizzas, burgers, fish, steaks and a paella, spelled with one l.
the decor is very plain and dated, 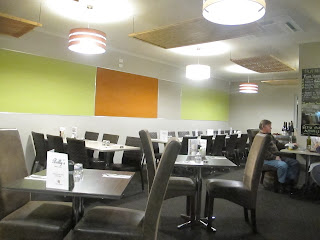 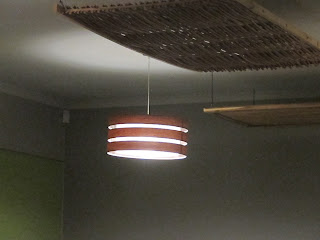 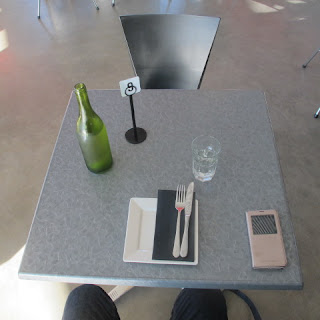 I started with a mushroom soup which was large, rich and full of mushroom flavour. 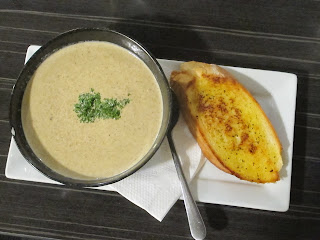 I enquired about pasta, which was not on the menu. A moment later the waitress returned offering marinara, carbonara or aioli! Nevertheless I decided on the saffron seafood and chorizo paella. I came after a short wait. 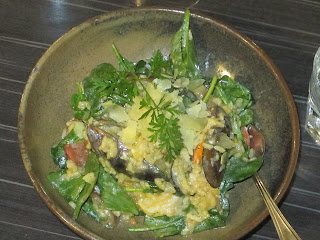 I would be better described as a risotto including flakes of parmigiana cheeses and a very good creamy rice. Not what I expected but very tasty, plenty of seafood and not overwhelmed by the chorizo which could be removed if desired. Too full for dessert I will come back for a meal another time.
Only a couple of weeks later and i did come back. This looked too good to resist and not too expensive either. 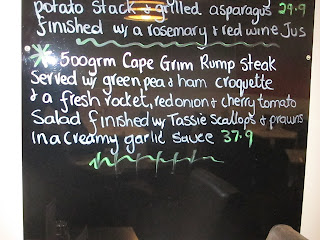 It turned out to be excellent. 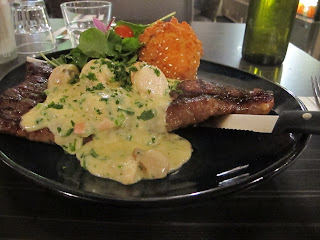 Everything was as promised with some nice prawns and scallops hidden in the sauce which was perhaps a bit light on for garlic. 500gm of steak with all the accouterments is a very big serve. Nevertheless I did try a chunky chocolate cheese cake which was almost like chocolate fudge with no taste of cheese at all! 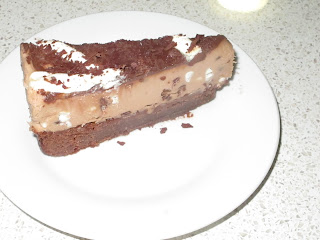 There is a nice selection of reasonably inexpensive Tasmanian wines.
lick on pic to enlarge. 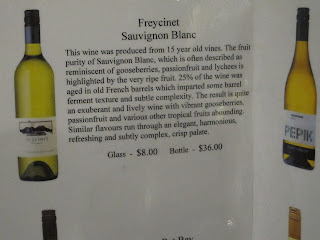