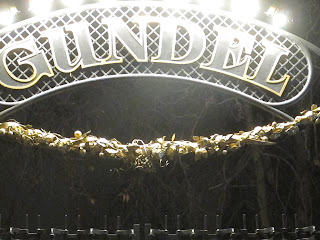 This is one of the most famous restaurants in Hungary and has been for decades. It is next door to the zoo and only a couple of hundred yards from Hero's square. The small entry 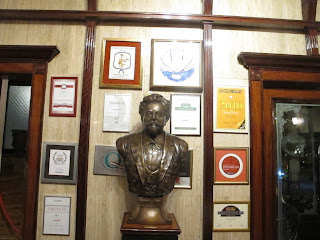 with it's certificates of excellence leads to a magnificent room. 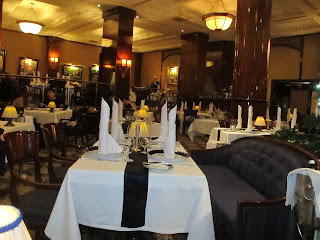 Tables are set with show plates 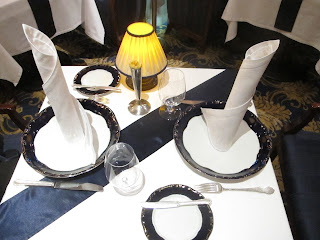 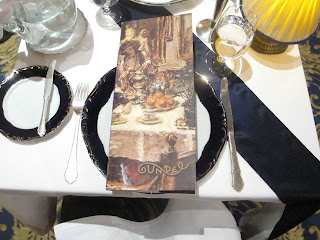 At one end of the room a six piece band plays Hungarian, Gypsy and other folk music. 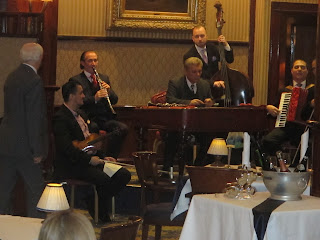 Bread and butter, plain and flavoured, are served promptly as is wine. 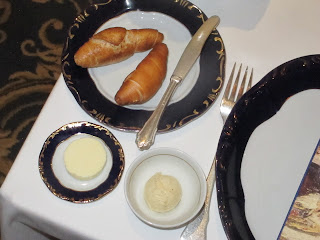 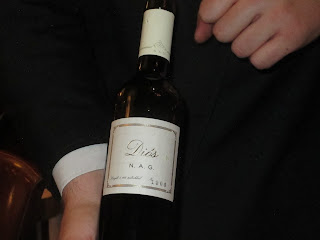 A small pork terrine comes as a amuse bouche. 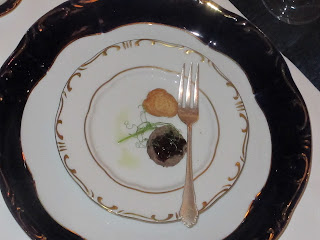 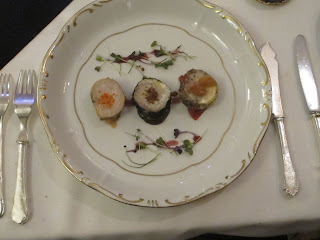 which were quite unexceptional.
I chose to have A Tasting of Three Soups of my Choice,
a Hungarian Fisherman’s Soup à la John Gundel
White Asparagus Cream Soup with Truffle Oil and Cottage Cheese Stick
and Quail Essence with Truffle Dumplings and Perfectly Made Egg. (A$22) 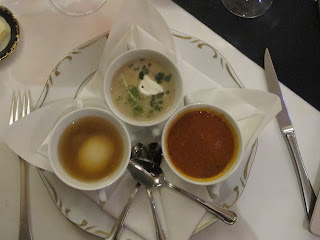 Only the truffle flavours asparagus soup stood out, still one outstanding dish out of three is something. 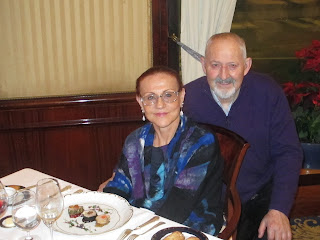 with sautéed Spinach and Asparagus Velouté 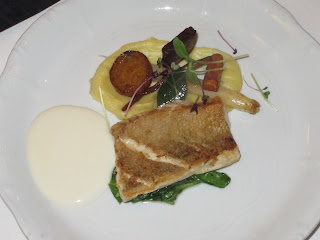 She has decide that she does;t really like Pike!
There was no goose on the menu, something we had hoped for so I now chose
Tenderloin of Beef Franz Liszt Style with Grilled Goose Liver, Forest Mushroom Sauce and crispy Vegetables, This looked pretty good but, despite my quite clear request that it be served blue it was medium rare. Asked if we were happy with everything I had no hesitation in pointing out the chef had failed to deliver. A little hesitant initially the waiter asked if he should take it back. Certainly I said and he returned with a genuinely blue, and remarkably tough and fibrous piece of meat. (A$65) 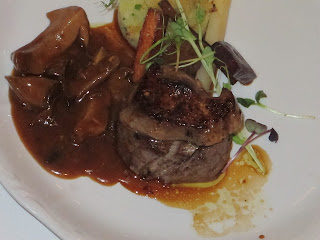 Crepes are made at the table. A multi step operation, the waiter/chef explained each stage of the procedure. 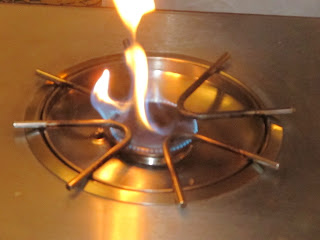 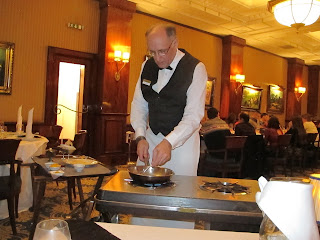 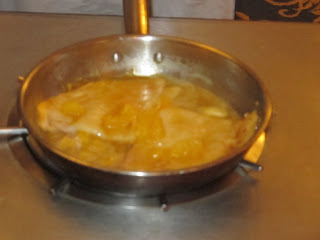 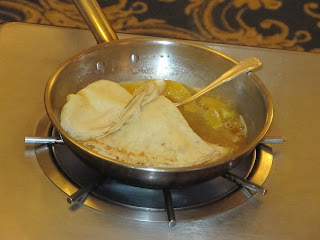 destined to turn out a great Crepe Suzette. 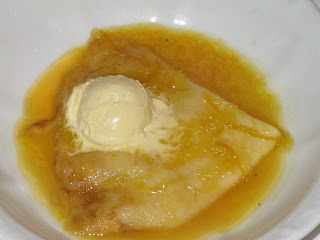 Service was excellent. It was notable that, except for two, the average waiters looked to be well over 60!
Score: 17/20 for everything but the food which perhaps got to 13.25/20

Posted by Elliot and Sandra at 8:23 AM