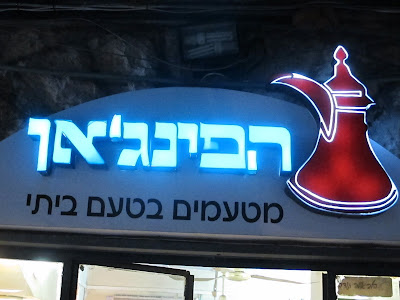 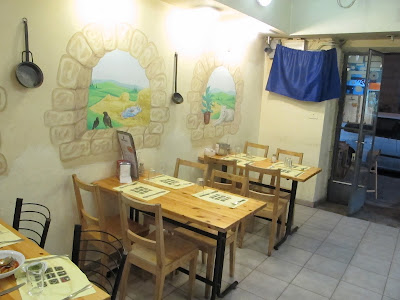 they are particularly noted for their bone marrow soup which sells out every night so to be sure it is essential to pre order it. It is a small shopfront with a tiny kitchen just inside the door. Our meal began with the traditional collection of salads, pickles, and dips. There were at least six more of these! 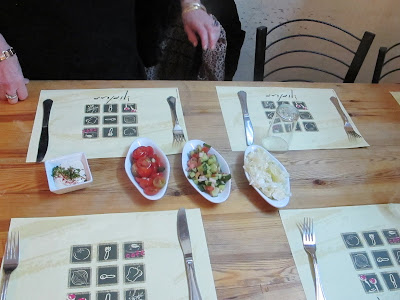 Next came the soup. Full of large marrow filled bones it had been cooked for hours but remained a rather watery lightly spiced conglomeration of chick peas and some vegetables in the broth. The marrow was characterized by that melting texture which people either love or detest. We loved it. 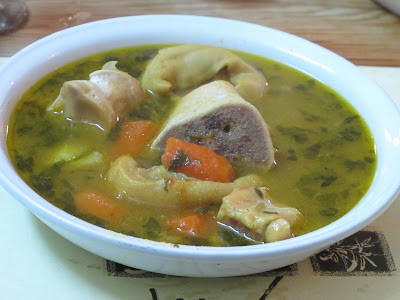 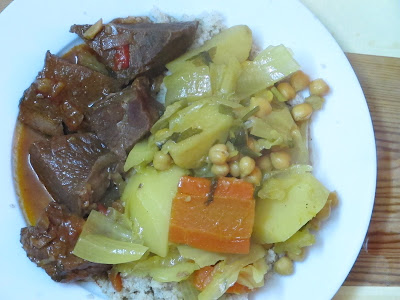 and another of stewed chicken and with potato and vegetables. 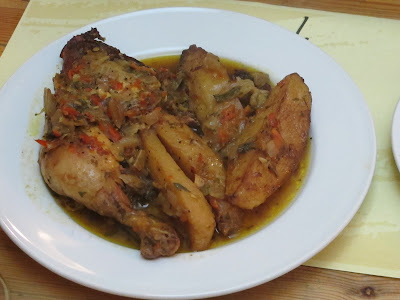 There was also a plate of very over cooked vine wrapped minced lamb and some sort of crumbed rice balls with herbs Which were inoffensive. 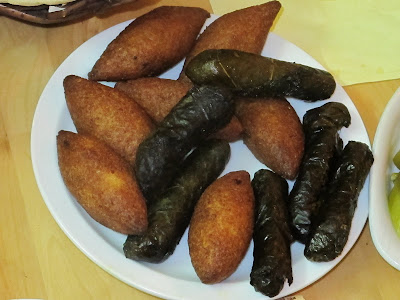 There was also a plate of what I was assured were very hot greens, which I did not try 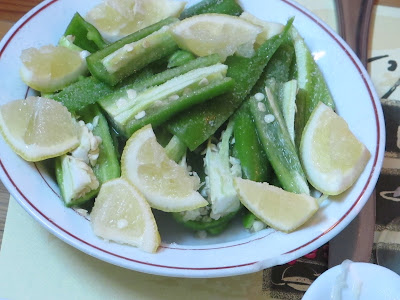 and, to be sure we tried everything possible, a filet of over cooked fish in a capsicum sauce. The peppers were rather good. 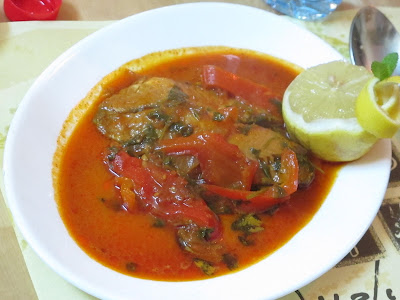 This, my friend told me, is “real food”. Of course it is real, it’s filling and sustaining. Beyond that it’s probably a very good representation of Moroccan home cooking. For all that we did not really like it. It was like a series of stews. Every thing had been cooked forever, presentation was solely a matter of getting everything on the plate and tastes were very plain.We drank an Israeli red wine and Arak. 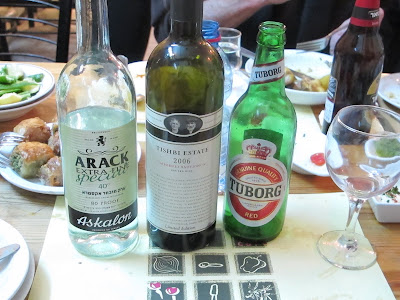 The meal finished with a finjan of Turkish coffee 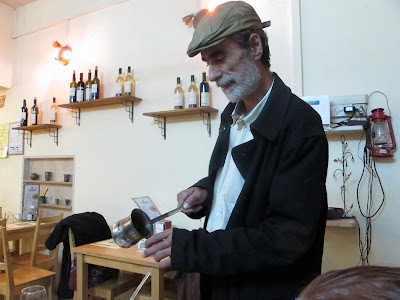 and a plate of baclava. 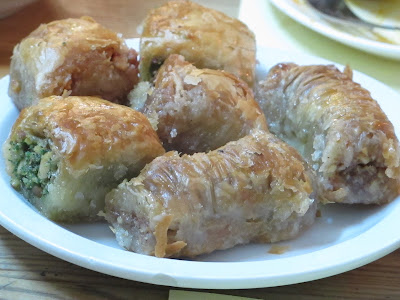 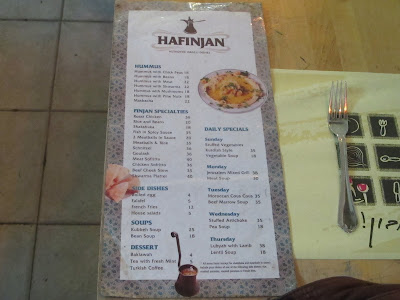 It was remarkably inexpensive, the whole lot coming to about A$200 for six people.

Posted by Elliot and Sandra at 4:48 PM

Review of Restaurant represent it like a small African restaurant but it is some how different from other restaurants present in the market of same category. Bone Marrow soup is its specialty and it has a great sale over night that day. This indicates its popularity and its dignity in market.
port melbourne pizza

These are not the sort of flavours that I grew up with and they do not appeal to me. Incidentally they are also very kosher

The restaurant is looking unique. All the dishes presented are also very different, but are very tasty. I was wondering for Best Pizza in Melbourne to see here in your blog.

We're starting to look at pizza's in Melbourne. Be patient.