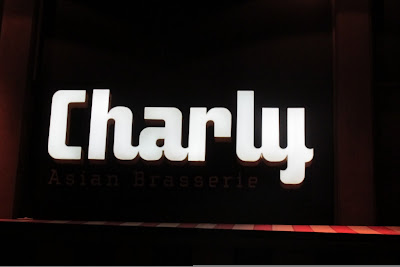 This is the only Asian restaurant we visited in Israel. This is one country where Chinese, Thai, Indian and Japanese restaurants are not in every mall and small shopping area. In fact one rarely ever sees them and there is no such thing as a Chinatown as far as we could see.Checkpoint Charly (CC) has a strange mixture of dishes. The first course is small plates of Israeli salads but the menu offers a variety of Asian dishes. We shared a Ramen soup with a whole hard boiled egg and some rather coarse balls of dried tofu. The soup tasted like a miso flavoured bouillon. It was so salty that we needed to dilute it with a third more hot water to make it palatable. 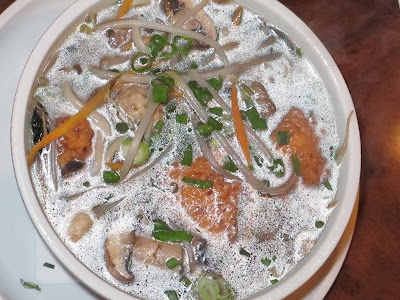 They also had a very salty miso soup. 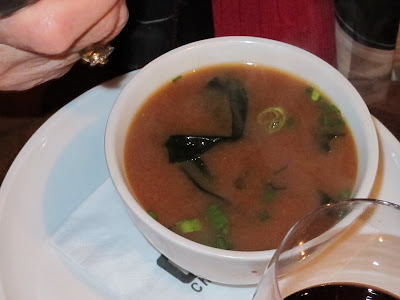 Spring rolls were crisp as chips and filled with bean shoots. 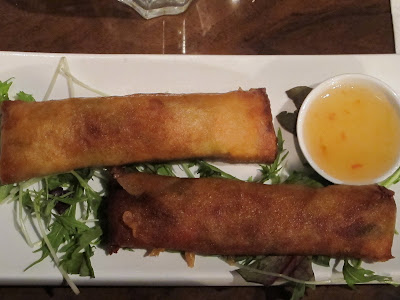 Another simple but well made entrée was crumbed calamari which were remarkably tender. 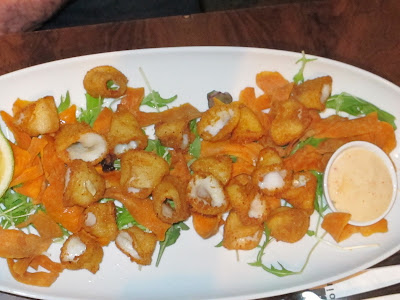 Mains we tried included Land and Sea, which consisted of a first class entrecote steak on a mound of mashed potato and half a dozen prawns with a light gravy which reminded me of Chinese restaurants in Australia 40 years ago. 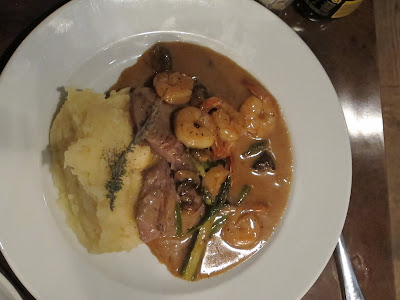 A stir fry noodle dish was a typical Asian dish with cabbage and nuts. I thoroughly enjoyed it. 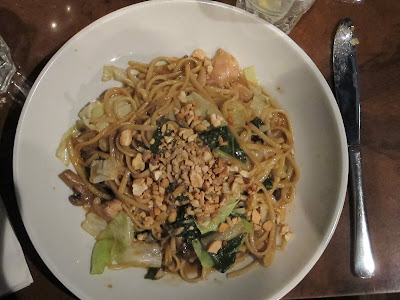 Prawns in a cream sauce was also quite pleasant but undistinguished. 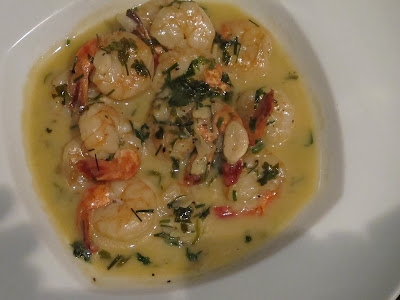 They have a classical tira misu dessert which was very sweet. Again, because they could not use milk, the mock cream could not achieve the taste or texture of real cream. 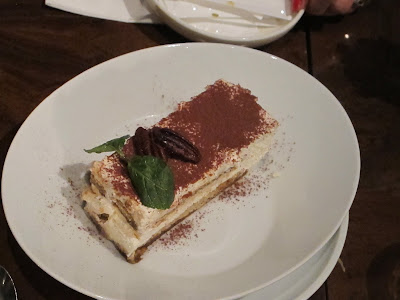 The sorbets did not suffer this problem but were very coarse. 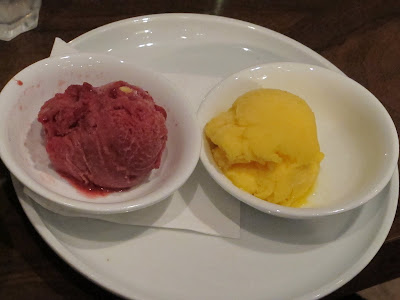 This is a big restaurant furnished with large tables, some like garden furniture, 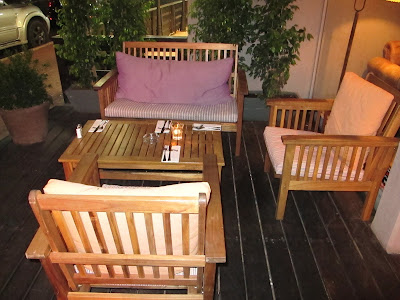 others with a variety of attractive veneers. Chairs are folding garden chairs and were all somewhat infirm. They accept BYO and we drank a cab sav that we bought from a small vineyard at Ramot Naftoli, an area in which there are four small wineries. 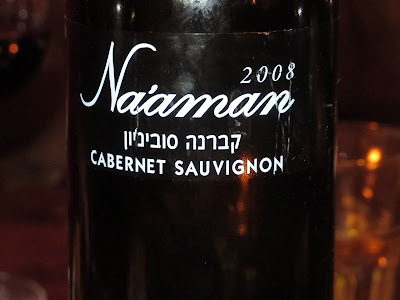 We also had a dessert wine from Yarden which was luscious with a strong lychee aroma. Service was pleasant and the whole meal quite inexpensive at about $40/person.
Score: 13.25/20

Hi Elliot, how are you?
Haven't heard from you for a long time...
Your trip to Paris did not result in as many postings as I expected.
Mind you we are very grateful for all your fine work.
Regarding Israel,I suppose the lack of ethnic eateries would not be suprising as Israel is not an inclusive nation the way Australia is.
Regards John