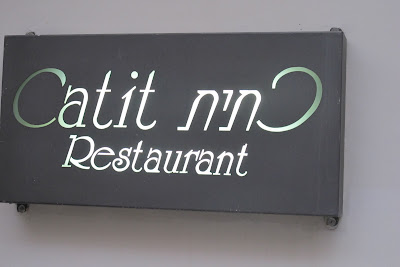 Chef Meir Adoni has an impressive c.v. having worked at Alinea, currently perhaps the best restaurant in North America, and at Arzatz in Spain. He has two restaurants in Tel Aviv, Mizlala, a hot spot with an Israeli Mediterranean cuisine, and Catit, an International gourmet style restaurant.

They have a NIS139 (about $100) lunch menu which includes one appetizer and a main but, of course, one may also order desserts or swap an appetizer for a dessert. Alternatively two appetizers or an appetizer and a dessert are available for NIS117. The evening a la carte menu is a little more extensive and expensive. A better option is the seven course tasting menu (NIS350) which I will include at the end of this review.

The restaurant is only the second one in Israel that we have been to that I would describe as elegant. 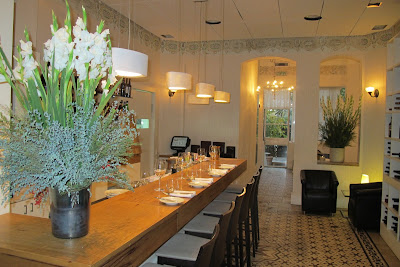 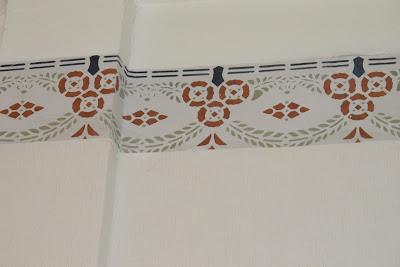 It occupies several rooms none being very large. 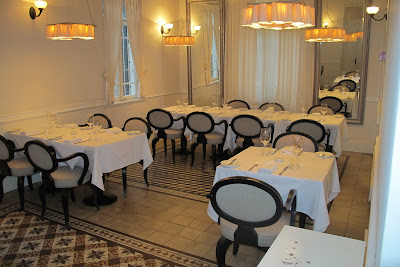 Furnishing is simple and uncluttered. Tables have double white cloths and napkins and good cutlery. Wine glasses are also fine. 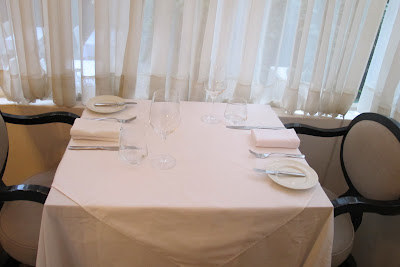 Our waitress was well informed about the large variety of ingredients in each dish and if she was uncertain about any possibilities checked with the chef. Unfortunately Adoni was at his other restaurant so we did not meet him.

We were offered an amuse bouche, a small cup of lemon and herb flavoured leban over a burghal wheat with a herb and coriander flavoured biscuit. Quite a strong lemon element to this made us wonder if our meal might be dominated by lemon. We need not have worried. 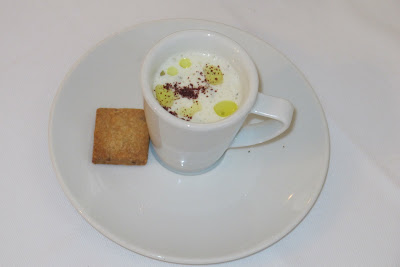 The first course for me was a calalmari salad which was extraordinary. The calamari had been cut into strips like fettuccini and perfectly cooked. It was in a white sauce with some tiny lardons and equally small cubes of potato chips and some vegetable made into shell like cups. Topped with a raw egg yolk and some herbs it was a fabulous entrée. 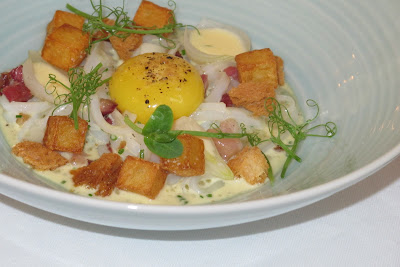 Sandra had a Spanish mackerel sashimi because she wanted to avoid the other entrees which included pan fried veal brain, an egg variation with a variety of pickles with a smoked egg or a vegetarian yoghurt parfait. It turned out to be an extremely elaborate and most beautifully presented dish. Unlike Australian mackeral the fish was much less fatty with a pale pink tinted flesh that melted in the mouth. It was accompanied by an elaborate edible decoration including tubes of white radish with yuzu cream small flowers and leaves, cucumber, a horse radish panna cota, some tiny cups made from onion filled with a sauce and several other ingredients including sheets of fine crispy wakama (seaweed, one needs to speak several languages or read menus with a dictionary these days) Not only was this extremely artistic it also tasted great with it's various ingredient creating a whole dish. 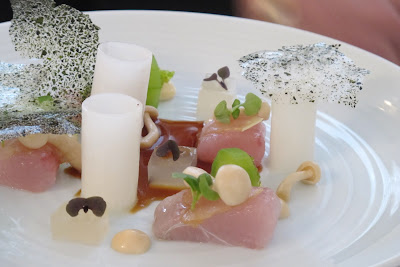 An interesting and effective palate cleanser of frozen yoghurt on candied lime with nutswas presented before the main courses. 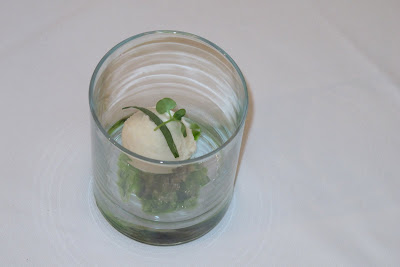 My European sea bass baked in mousseline was another treat to behold. Fine sliced zucchini lay like scales on this delicate white fish, The mousseline, a foam made from the fish was not really evident. It lay on a bed of very soft, I think, fava bean mash and was finished with olive oil, thyme, ratte cream and black mustard vinaigrette. There were small cooked garlic cloves with an almond on each with an edible leaf atop and a few peas that had been cut in half along the side and a fine sheet of bright green pasta linked the two parts of this very fine dish. 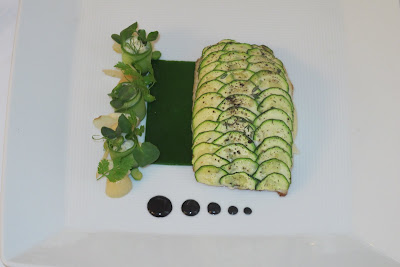 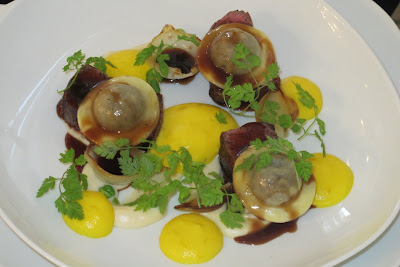 Sandra chose a lemongrass semifreddo which included a coffee crumble and her favourite cocktail, pino colada, as a sorbet for dessert. Exquisite. 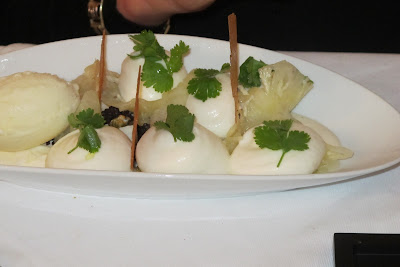 I picked what must surely be on of their signature dishes called Earth. Presented on a thick sheet, perhaps of slate, it had scattered stones making a garden with small pieces of spiced quince. Among this was porchini cream,chocolate and smoked cardamon truffle, Tonka crumble, white chocolate truffle granache, frozen white chocolate crunch and resin sauce. This was as elaborate as it sounds, another version of death by chocolate. When it arrived at the table it was steaming from the cold, or perhaps they had slipped a bit of dry ice on the platter. The whole dish was permeated with the truffle odour giving it a pleasant earthy smell. 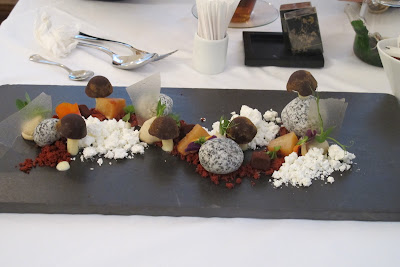 The only thing that irritated me was that the wine I asked for was not available. Wine by the glass was around NIS45 or $12.

Here is the Winter tasting menu