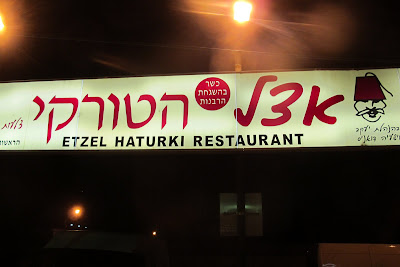 This translates as ‘At the Turk’s’. In among a clutter of restaurants it has little to distinguish itself from a myriad of Middle Eastern café/bistro restaurants. They have become quite monotonous after a few weeks in Israel. Still several taxi drivers told us that we should go here for excellent food. It was OK but no more OK than many other places we visited. In fact I found the most outstanding food of this type at Unis, part of a chain which we ate at next to a service station between Natanya and Tel Aviv. Unfortunately I was unable to photograph the 18 salads they presented before the main courses. These were ready to go at Turkit. 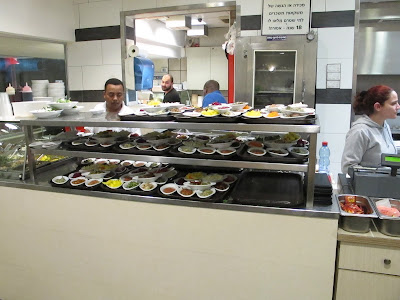 Pita bread and oil are always provided from the start. 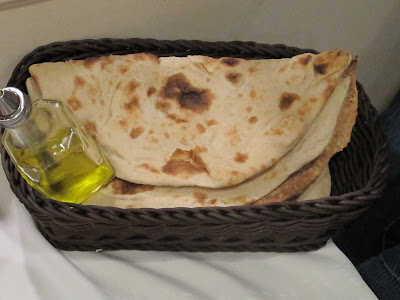 Most of the salads are extremely similar or identical at these places but there are variations in the amount of lemon, salt and herbs used. Some are always the same such as the beetroot and the sliced cabbage while there is more variation in the egg plant salads and some of the piquant salads such as the carrot and the pickles. 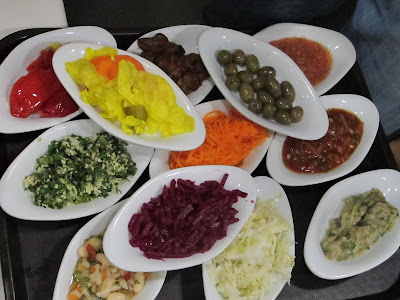 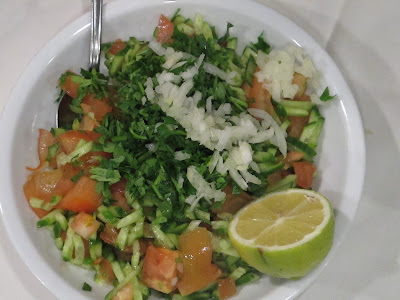 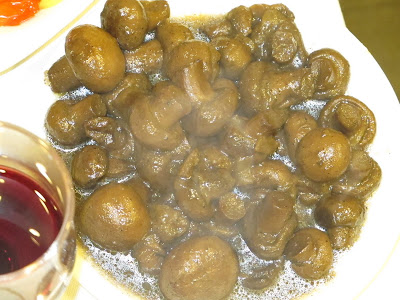 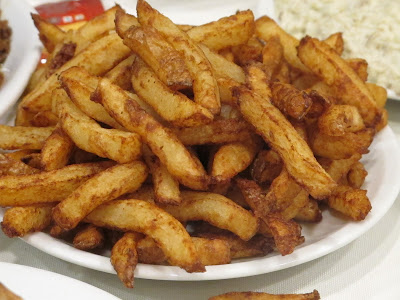 Humus also varies in texture and the olive oils also vary. Basically they turn up with 10 to 20 small plates and if you close your eyes and open them again you could be in one of hundreds of restaurants. There is also little variation in main courses. Salmon, looks a bit lonely here, 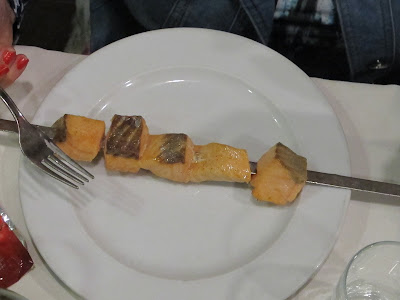 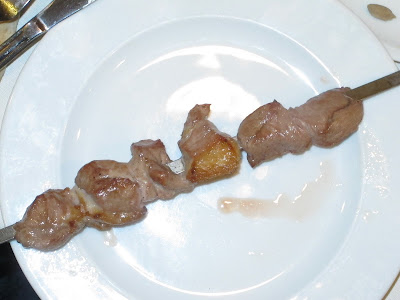 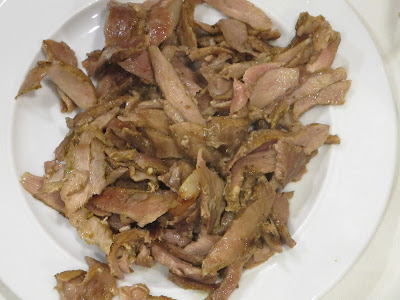 and sometimes steak, cutlets or fish all done on the BBQ.We also had an absolutely dreadful version of a pann cota, sickly sweet, 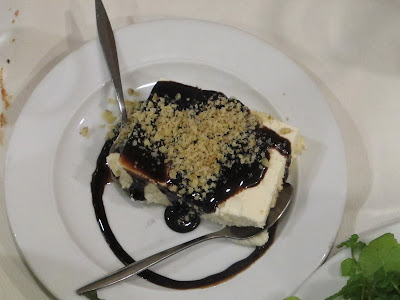 and a not very good malabi. 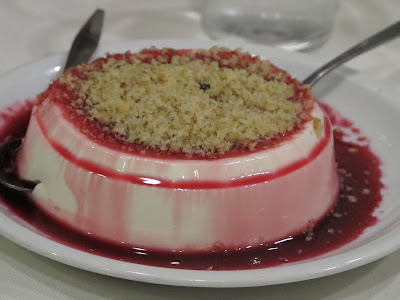 That is exactly what it was like here. If you’re in the mood for it this is always an enjoyable meal because there’s plenty to eat, you eat what you want and it’s never very expensive.We drank another Israeli wine available from supermarkets which was perfect for this meal. 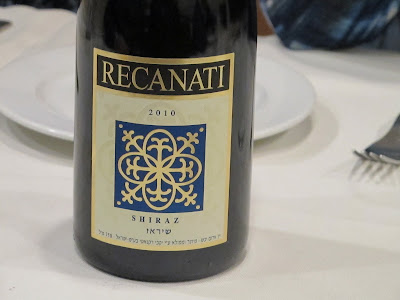 They have a takeaway 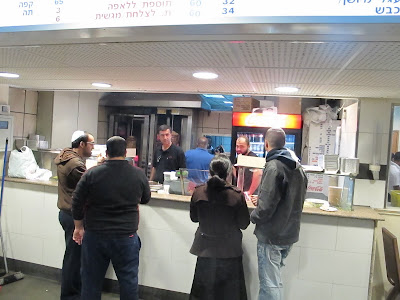 and are also happy to box up anything that you might wish to take home after your dinner, and love having their photo taken too! 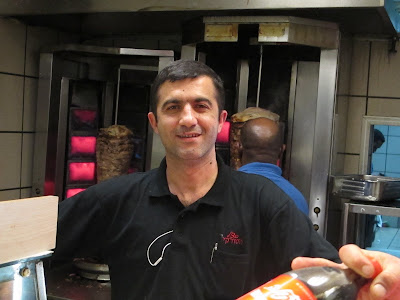 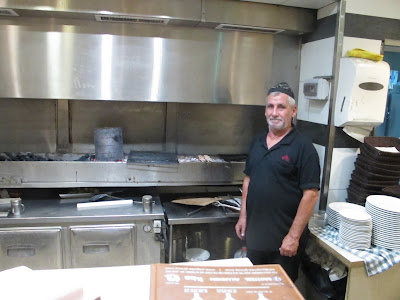 Posted by Elliot and Sandra at 6:32 AM