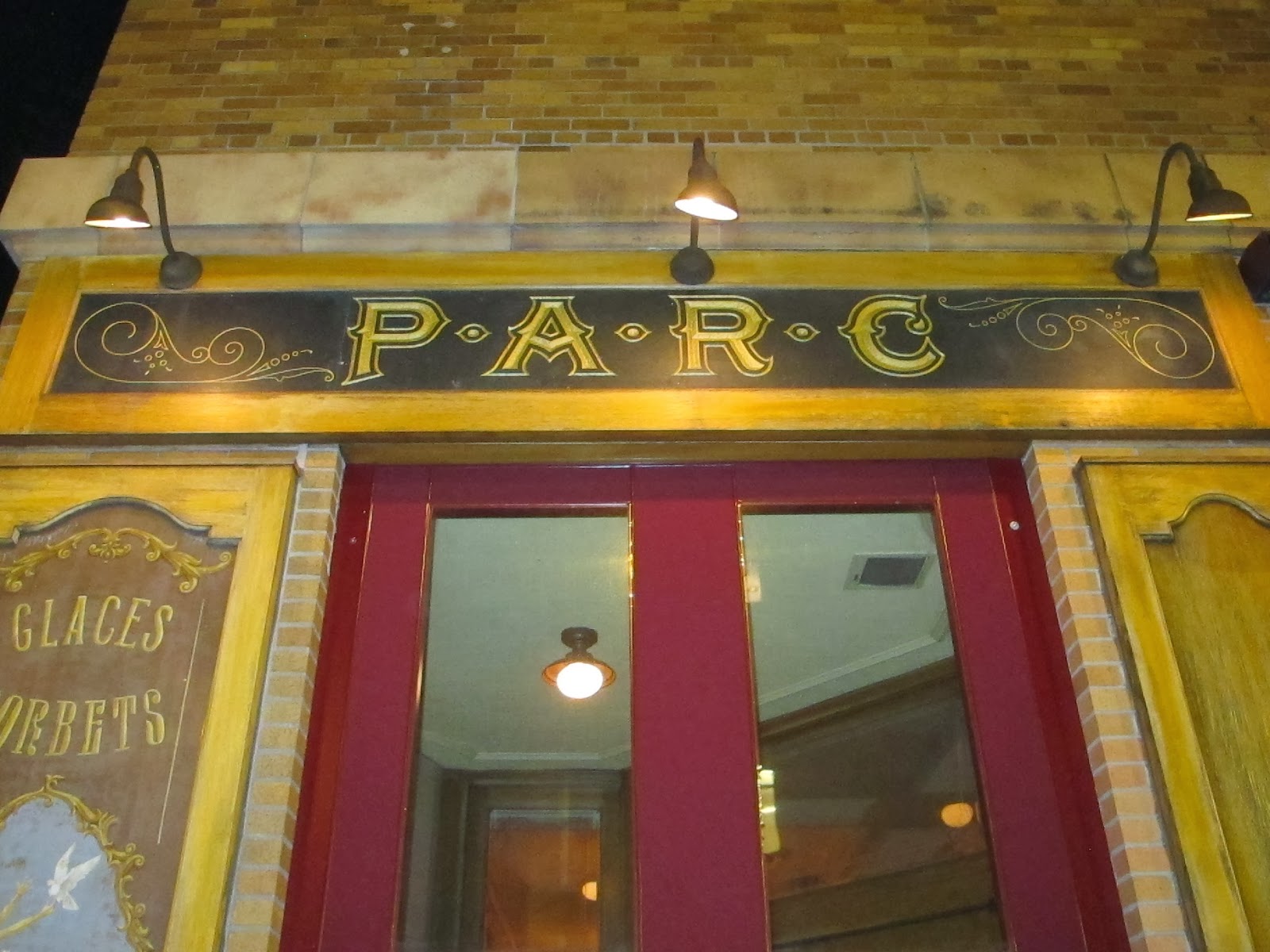 Parc is a French bistro restaurant on Rittenhouse Square. It looks French from the outside and it looks bistro, and French, from the inside.The menu looks French too, mussels are Moules, snails are escargot and so on. It's buzzing with, a moderate volume of noise and heaps of activity as waiters move about and patrons come and go constantly letting blasts of cold air bathe patrons at tables near the door. Ambiance is great. 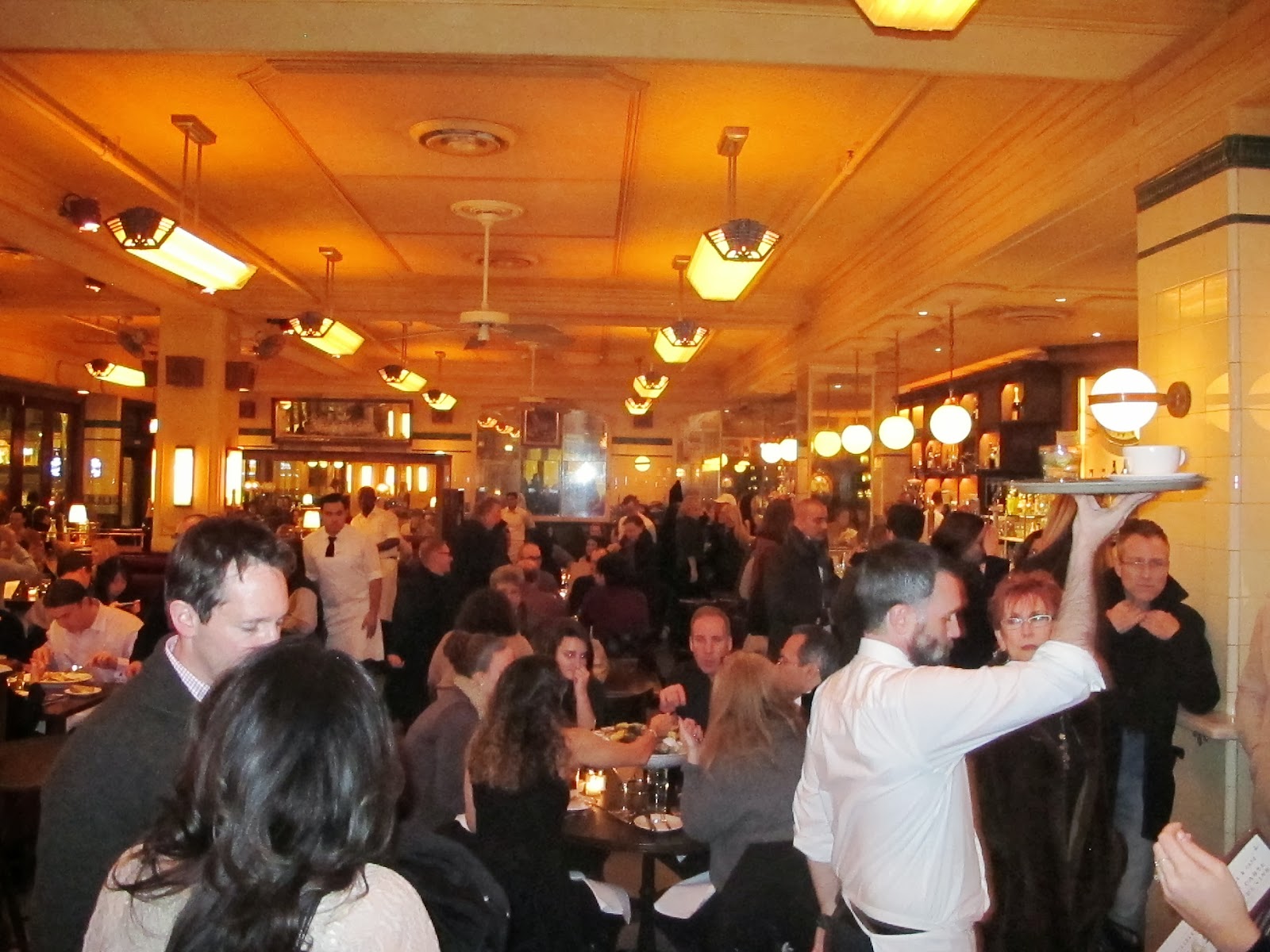 We decided to have a four starters and one main course. We explained that we would like to share everything meaning that we wanted an extra spoon for the soup and an extra plate for the other courses. The table 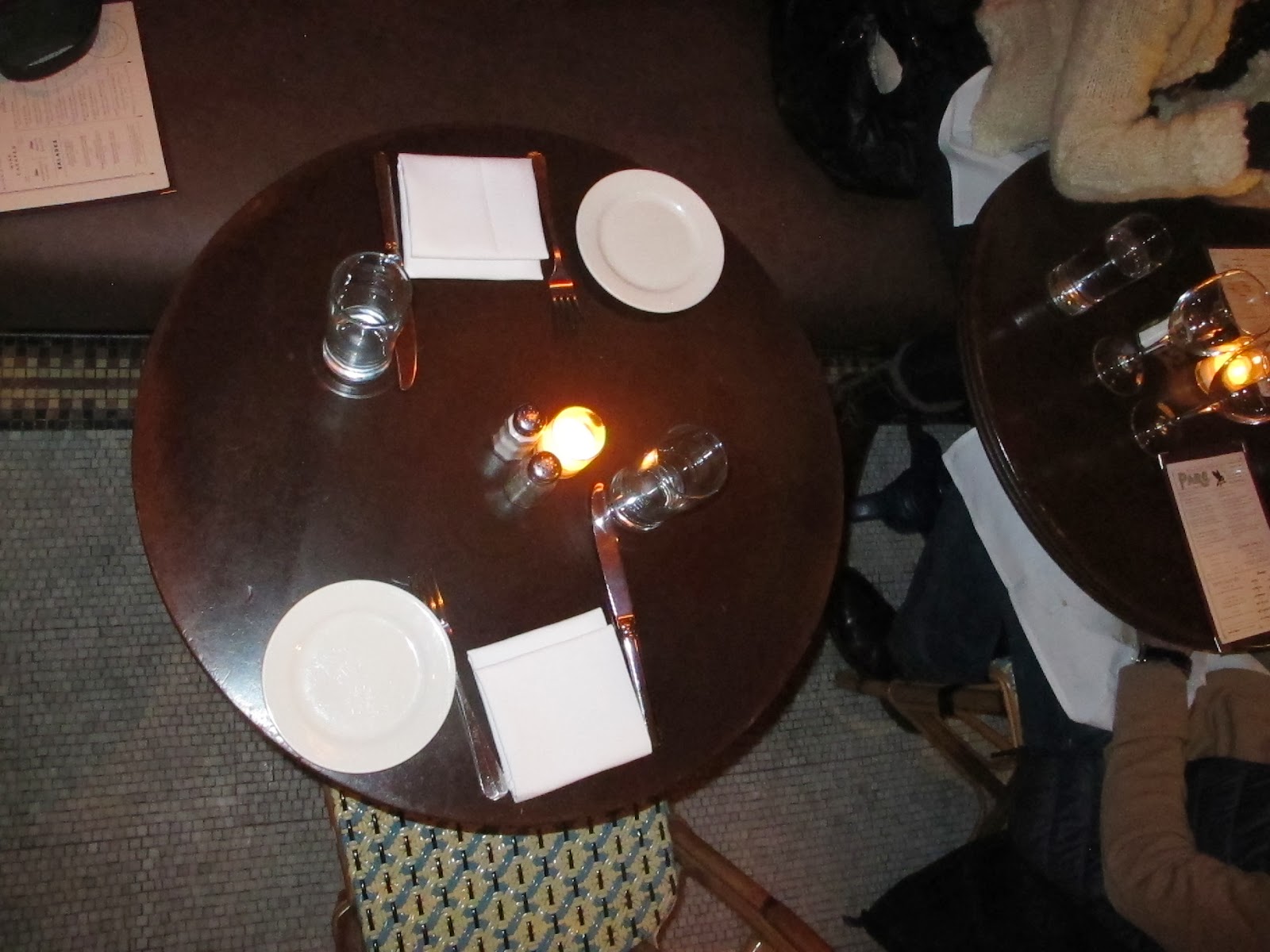 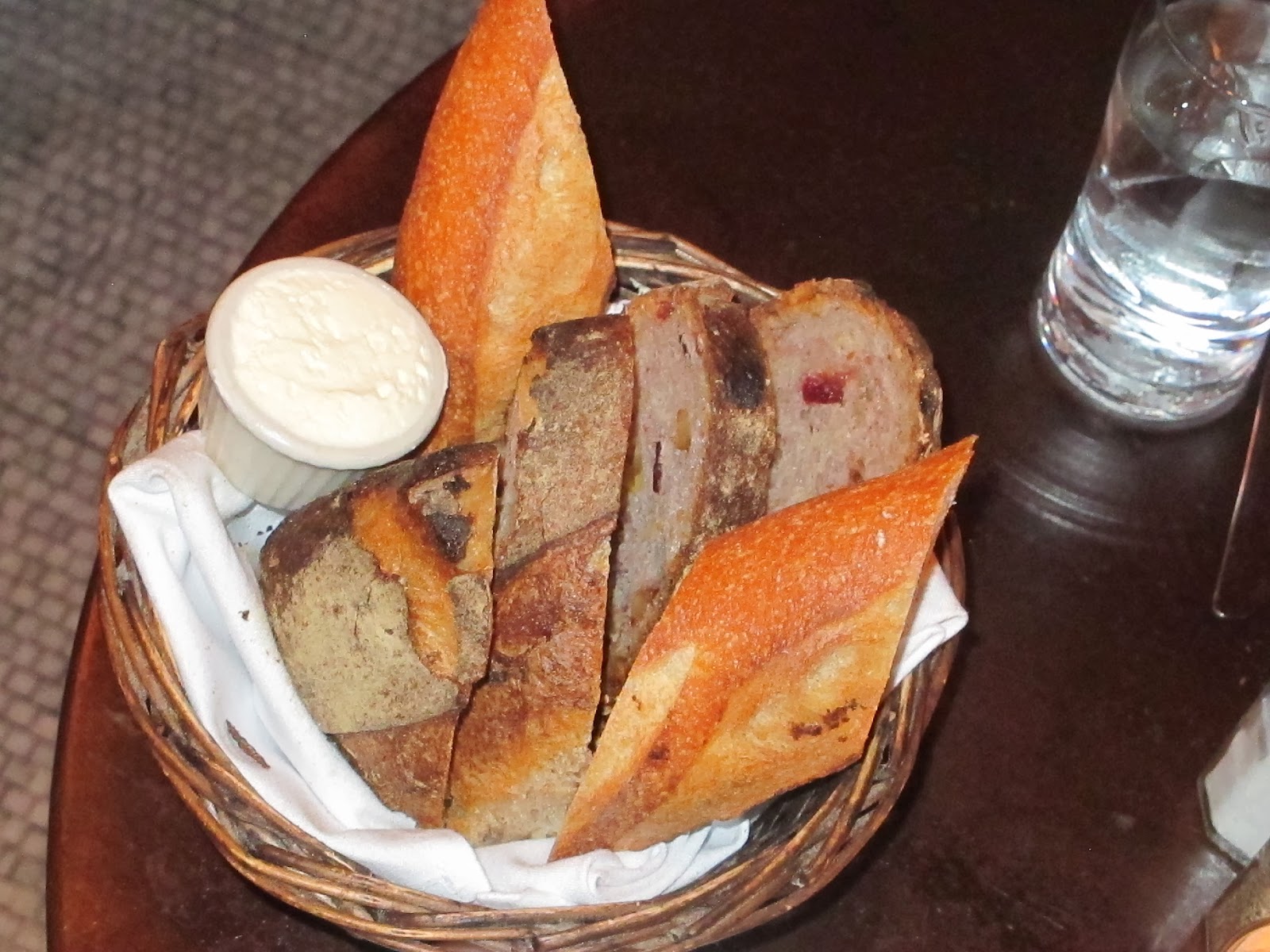 and butter, salt and pepper and one plate. We were surprised when four dishes arrived at once. We sent a couple back so as to have some space on the still quite crowded table.
French onion soup convinced us that we should stop ordering this dish. Covered with a thick layer of elastic cheese the soup was a little sour, probably because the onions were insufficiently caramelized. This is a testing dish to get right and this one, as have so many others, was not quite right. 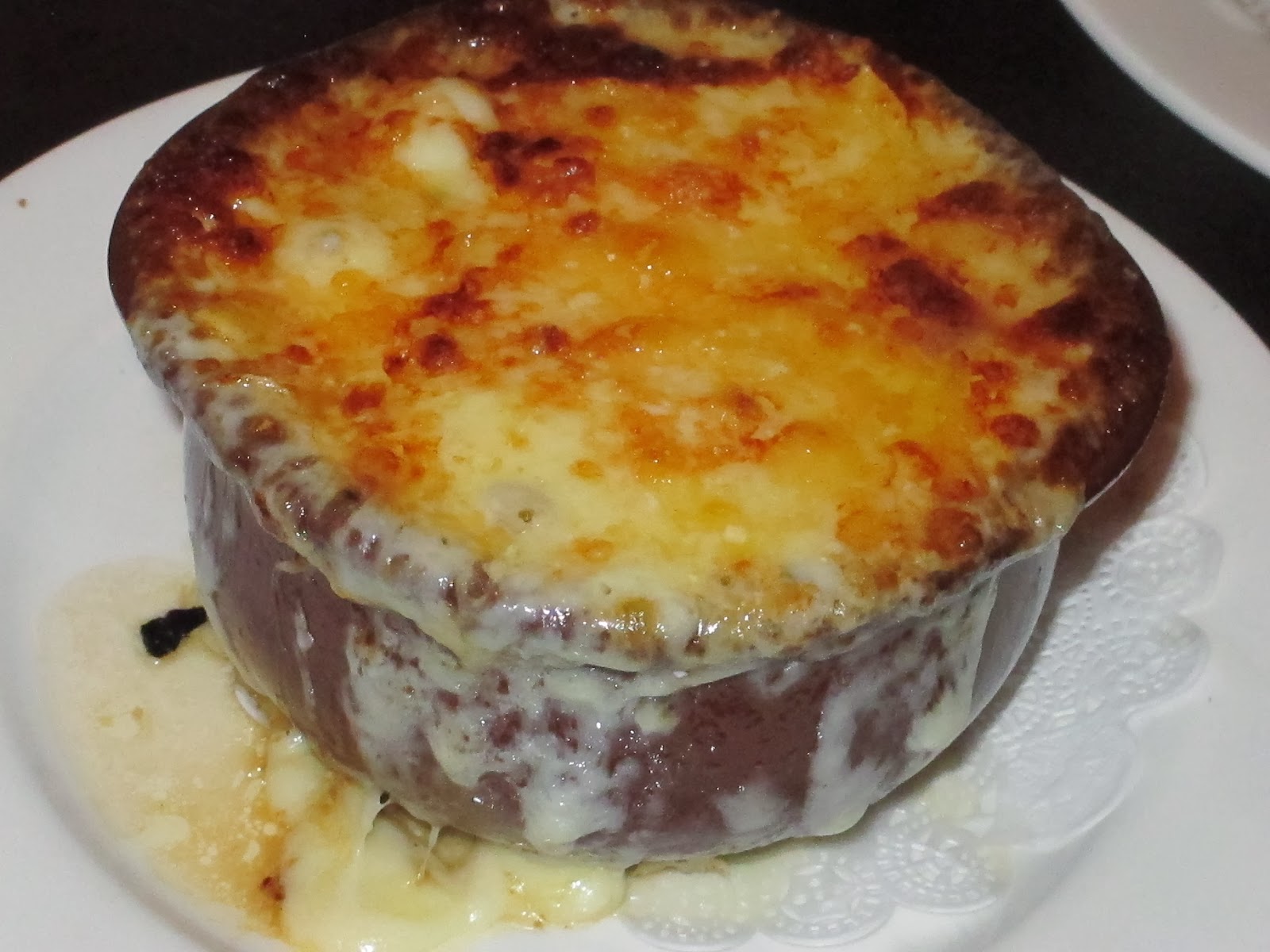 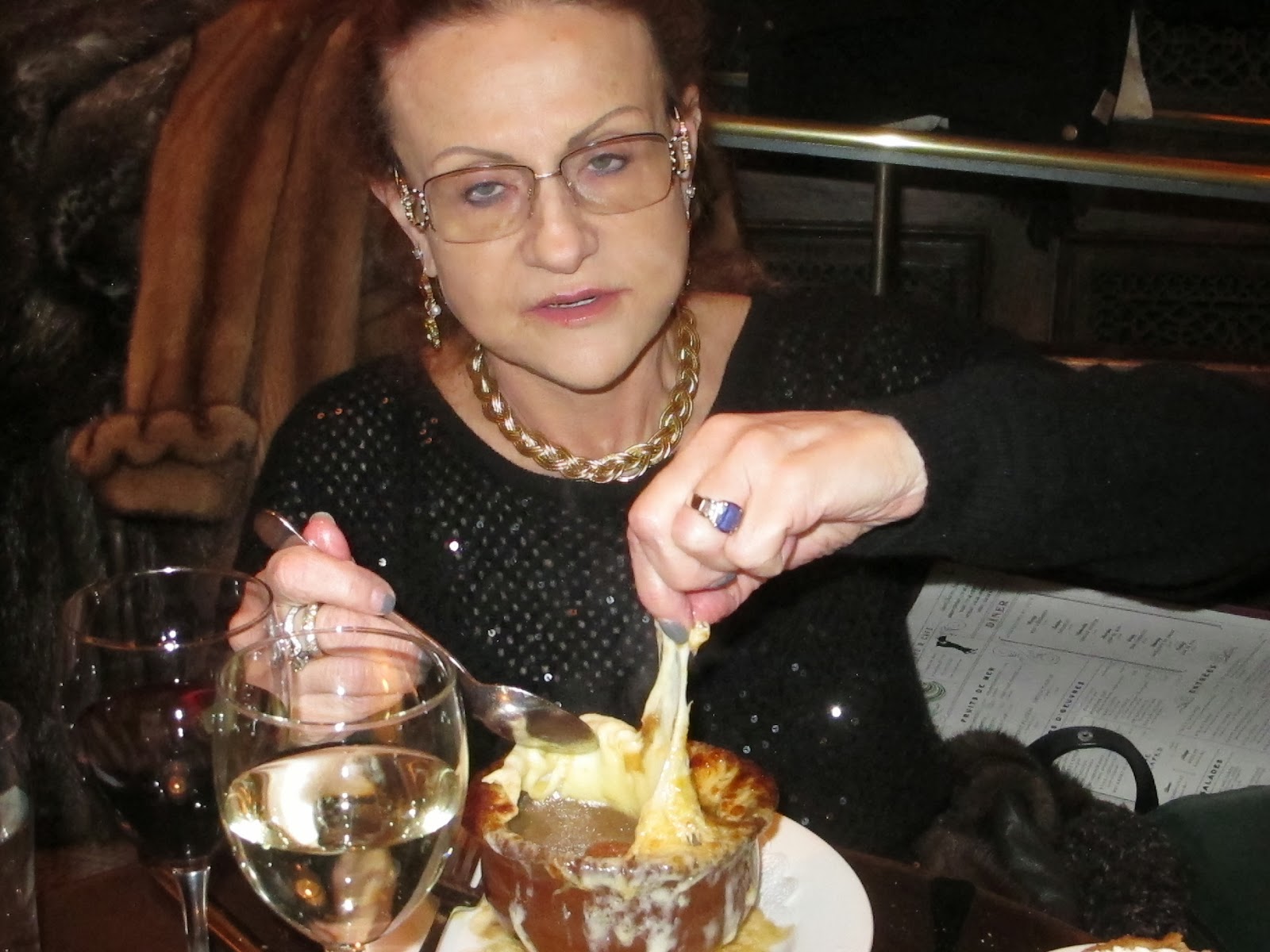 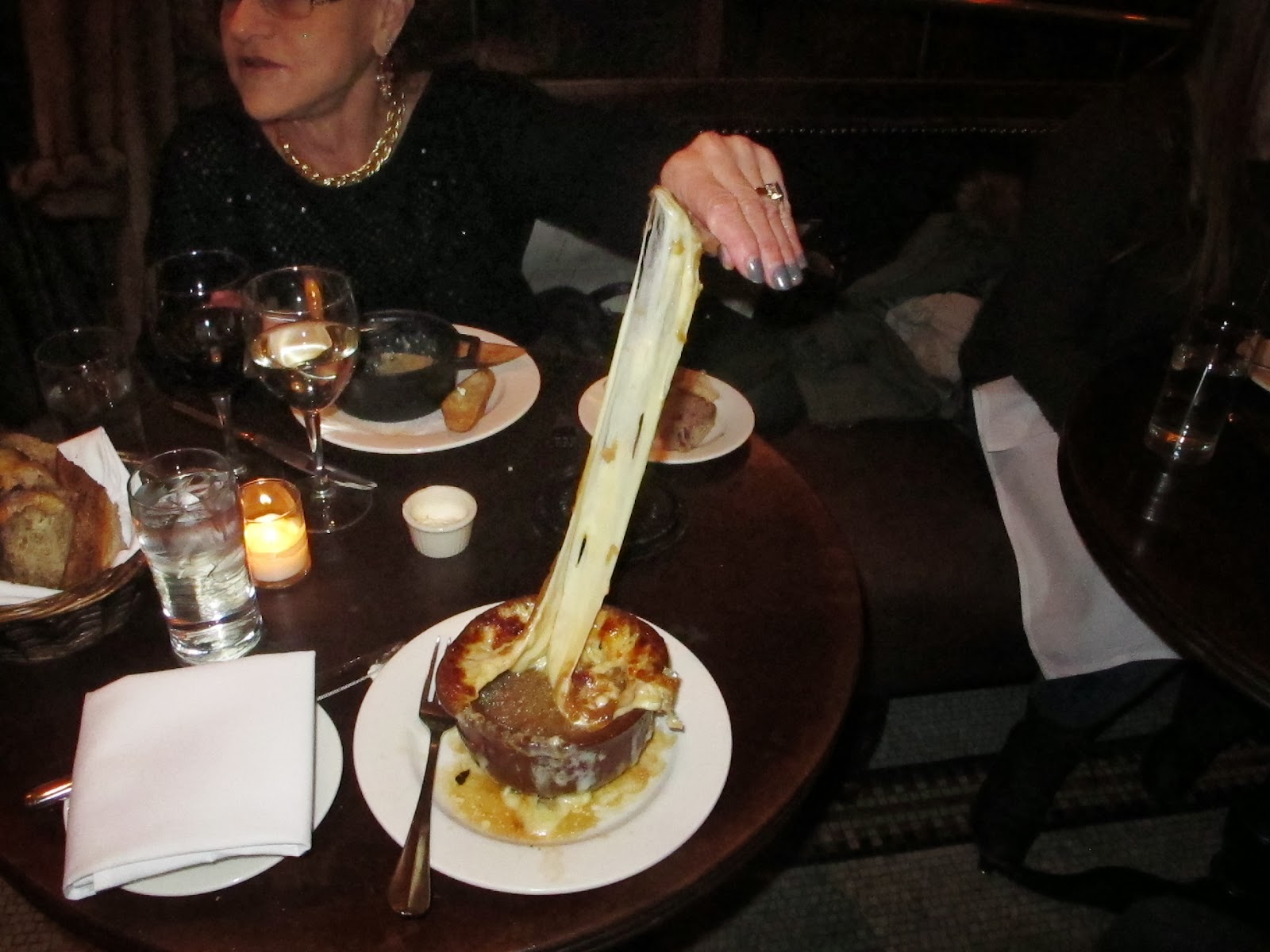 Escargot in a garlic sauce with mushrooms and hazel nuts was very rich with a dominating flavour of garlic. The crushed nuts in the sauce did nothing for the dish. The sauce hid everything! 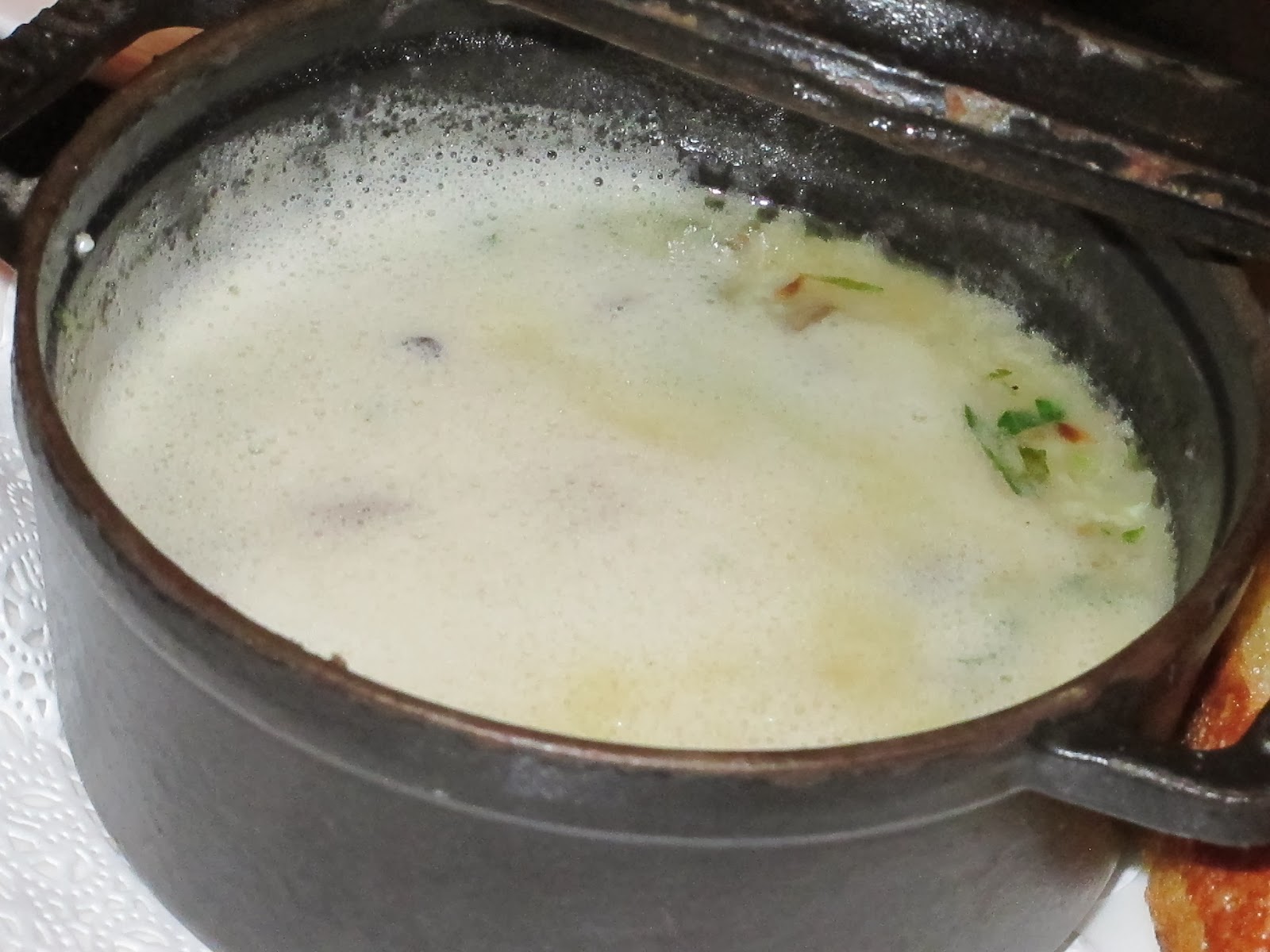 Half a lobster came with lemon wedges and a strong spicy tomato sauceThe lobster was sweet and tender, the sauce overwhelming. Escoffier would turn over in his grave. 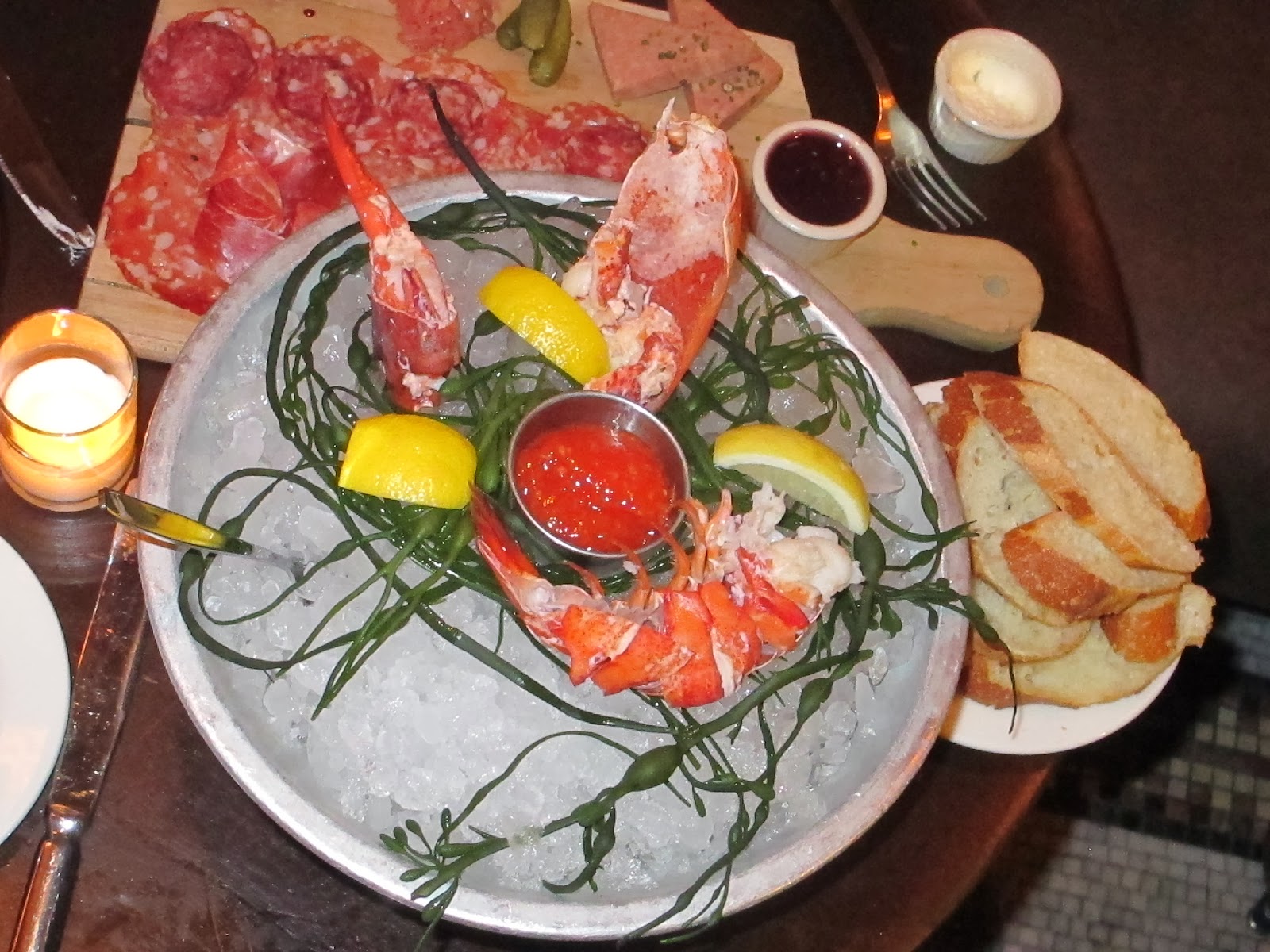 The charcuterie plate was excellent, although, somehow the onion jam had a vinegary taste. 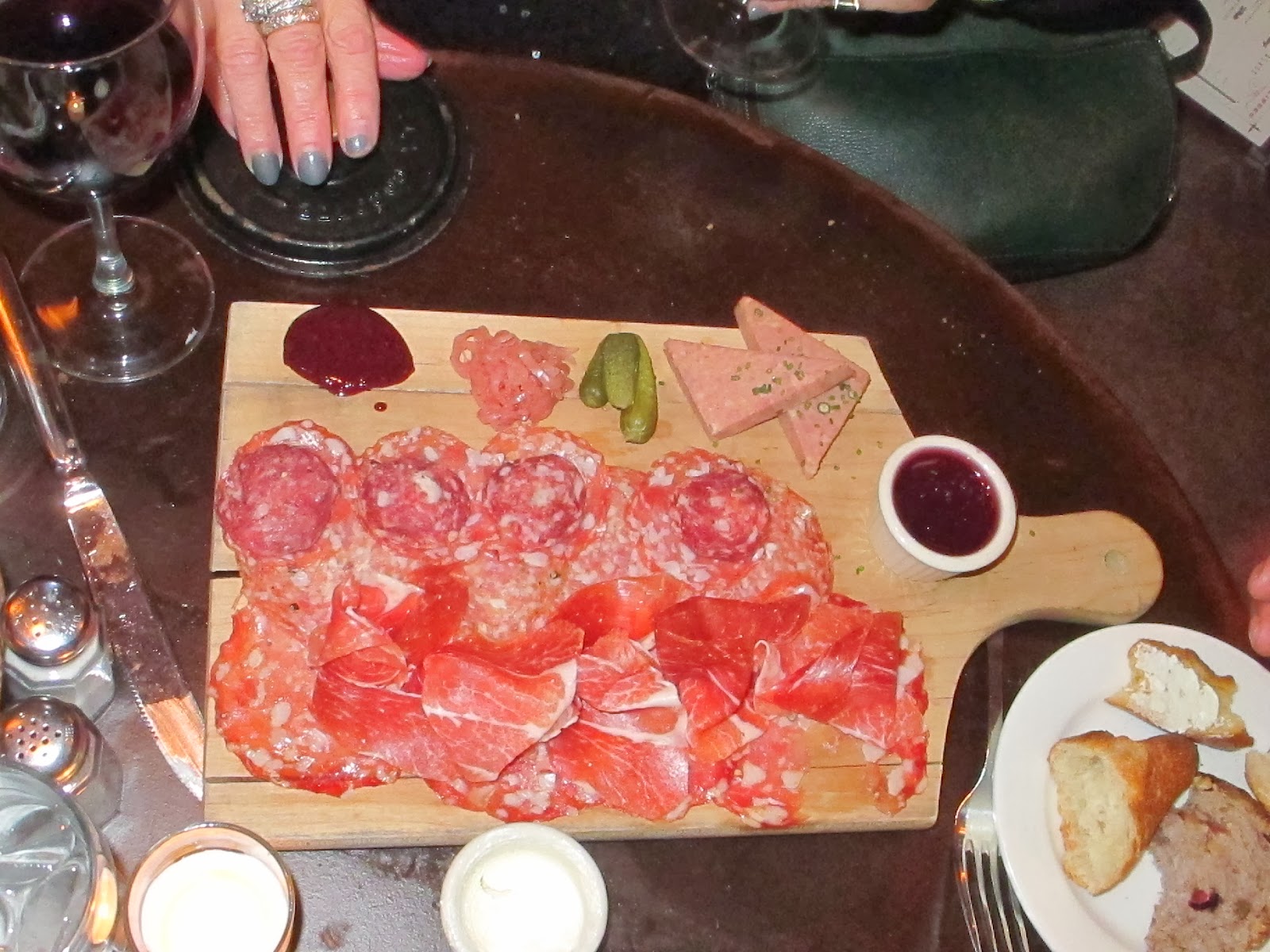 Our last course was skate. The wing had been removed from the cartilage and was nicely presented and very good.
A side serve of thin chips, skin on, was served with mayonnaise. We enjoyed them. 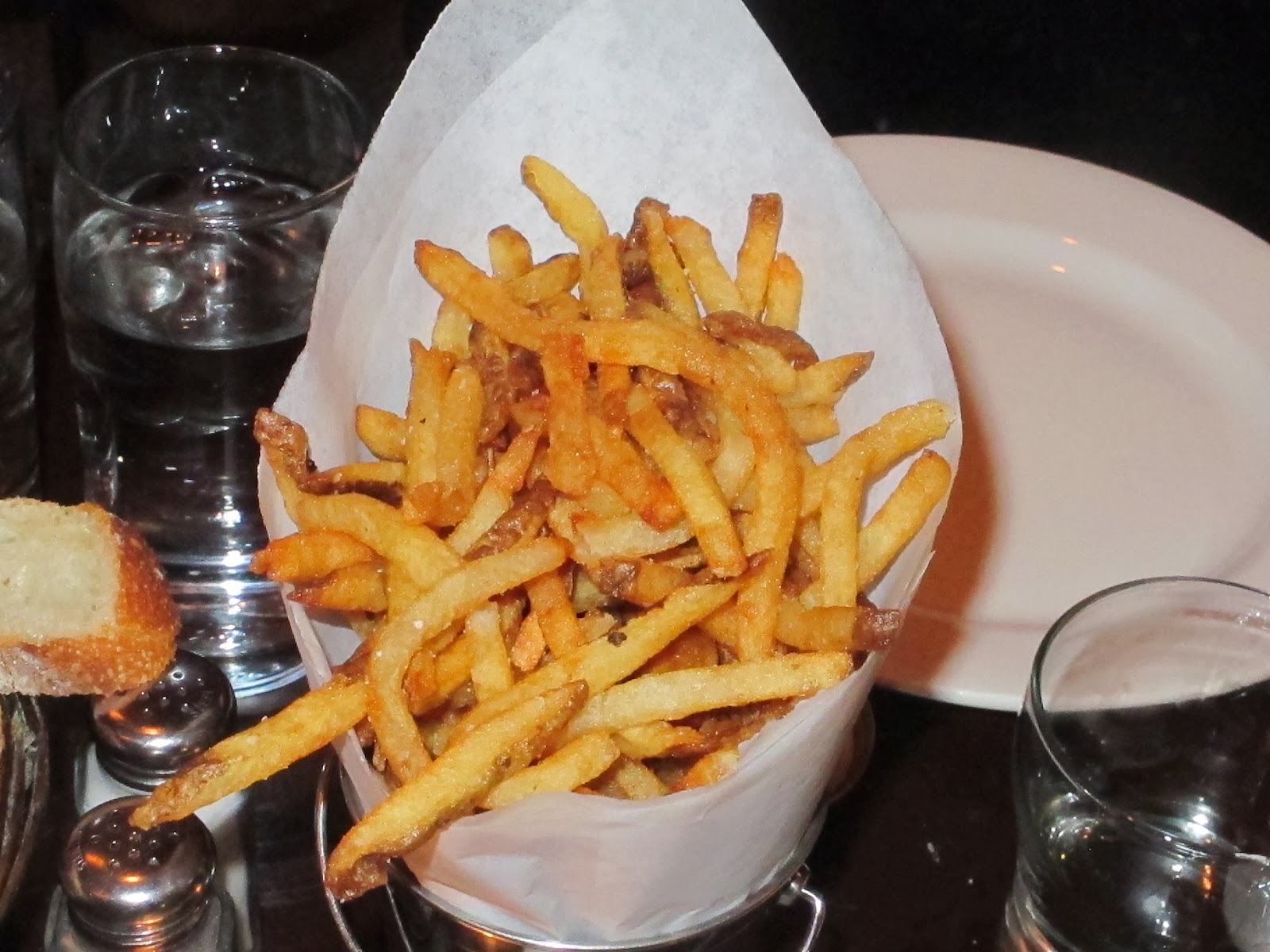 This is a restaurant which reeks of atmosphere, French in every way except for the food which has been 'Americanized' with heavy and inappropriate sauces. I might call it 'Bistrot American'. Service is efficient and, in our case, artificially friendly. Probably because I was taking photographs several people asked if everything was alright or if we were happy with everything.
Score:13.5/20 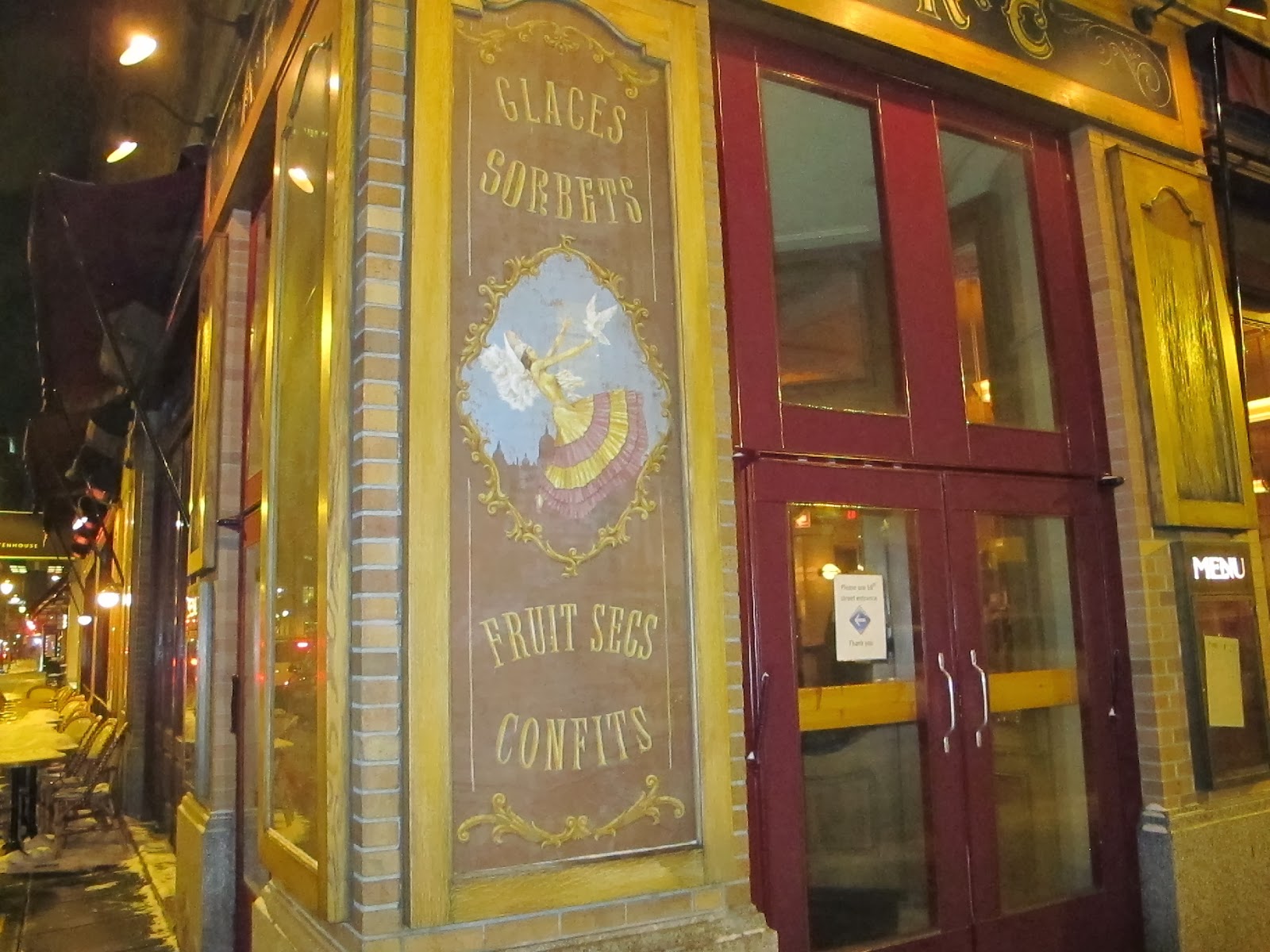 Posted by Elliot and Sandra at 1:43 AM