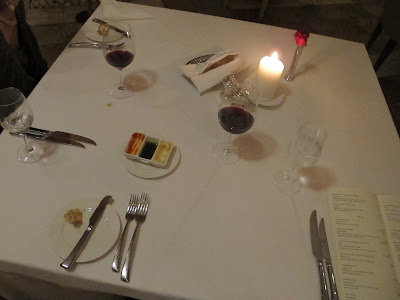 Described as the best boutique hotel in the world this is a most extraordinary place. Formerly a private home, in which Nelson Mandella resided for some months after his release from 27 years in jail, regaining his health and completing his book The Long Walk to Freedom. Some time later the owner decided to turn his house into a hotel and restaurant. In 2001 it was regarded as the finest boutique hotel in the world. It is set in 10 acres of garden, guarded by two enormous wooden doors with two uniformed security officers in attendance. After providing your name and details of your reservation these giant doors slide aside to allow entry to our chauffeur driven limousine. It takes a few more minutes to arrive at the entrance to the building where more staff greet us and show us into a very large foyer. Two staircases encircle a chandelier 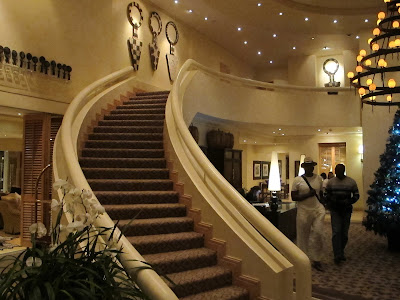 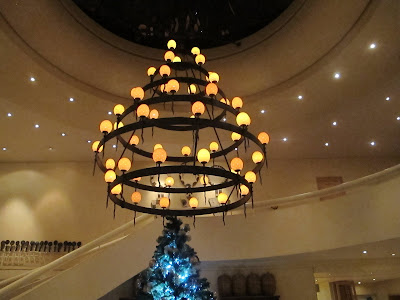 meeting in a balcony at the top. The whole room is decorated with traditional African fertility symbols. We pass beneath this to a bar area which also accommodates a pianist before entering the main dining area. 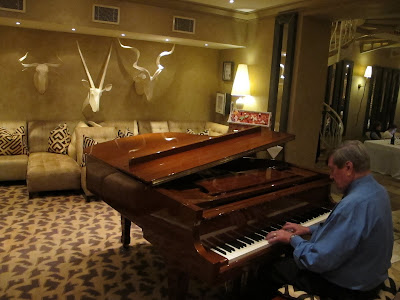 This very large area, which used to be an indoor swimming pool has large well spaced, double clothed, tables with very good quality cutlery and glassware. Service is impeccable. A very well informed somellieur has a 40 page wine list with a selection of European and New world wines as well as many South African ones from which to choose. The menu comes with a philosophy. Their kitchen id designed to provide inspiration for innovative ideas for delectable dishes and unexpected combinations of tastes and textures using contemporary and classical techniques with ingredients, grown with integrity, sourced from ‘passionate purveyors’ By international standards prices are extremely low. The least expensive wine, by the glass, is less than $5! This one cost a a little more. 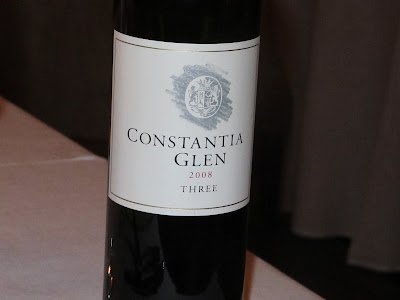 The menu is similarly inexpensive. Starters are expensive by South African standards but for international travelers they are quite bearable at about $20 to $25. Mains are around $30. The meal started with a choice of breads served with a garlic butter, olive oil or a paste made from peppers which was worth bottling, 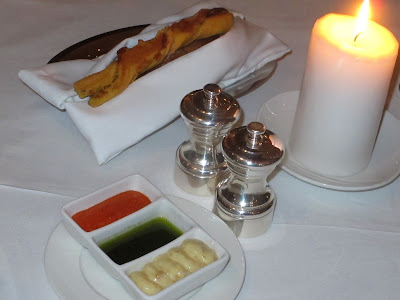 followed by an amuse bouche, a small glass of herb flavoured soup. 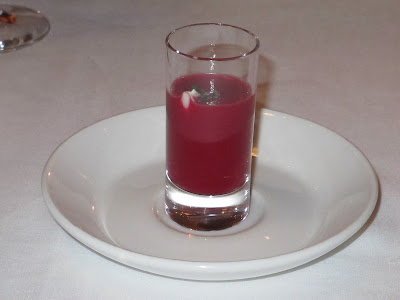 We were curious about their oysters ($2.5ea). They are farmed and very similar to medium size Pacific oysters retaining the taste of the sea. 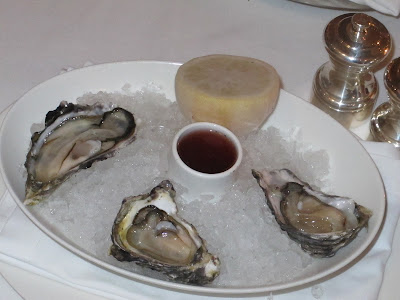 I had a scallop Carpaccio with caviar and fine chives and toast points which was a super way to serve this delicate shellfish. The scallop had been chopped fine but still had plenty of texture and body to it and the caviar and chives were not only decorative but also added to it by their contrasting, but not overwhelming flavour. 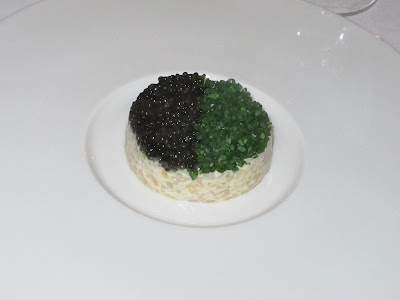 Sandra had a goat’s cheese tortellini, veal sweetbread, crispy pancetta and truffled potato puree entrée in which she expected more tortellini and less sweetbread. It looked good and I thought it tasted good too but she was less impressed. The sweetbread had been well prepared being tender with no chewy fibres. 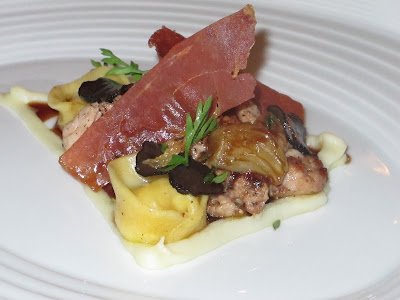 Mains were rather ordinary. My roasted sea bream thyme jus, sautéed porcini and tomato, asparagus and king oyster mushrooms was more cooked than I would have liked despite my request that it be minimally roasted. The asparagus accompanying it were also a little over cooked and sagged on my fork. I did not have the heart to return the dish, which I might have done had it not been so late. If one has a very fresh piece of fish it should be a simple matter to cook it. 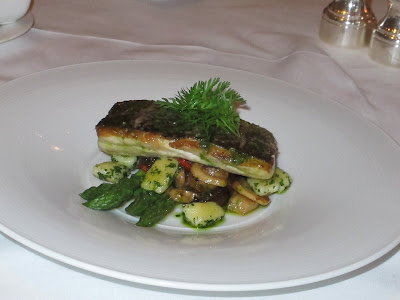 Sandra’s fillet of beef ‘rossini’, mushroom duxcelle, seared foie gras and wilted baby spinach was also medium rare when she requested it blue. It’s strange that one can, to coin a pun, get a steak like this so rarely! It was an extremely good piece of meat and the foie gras was superb. It melted in the mouth. Of course it is almost pure fat. 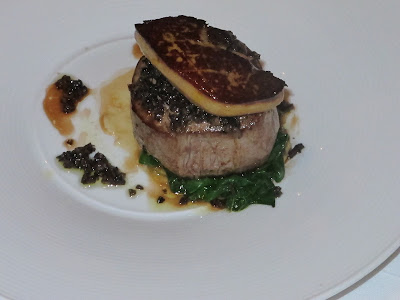 We added a side of spinach in butterwhich was stringy and very tough. 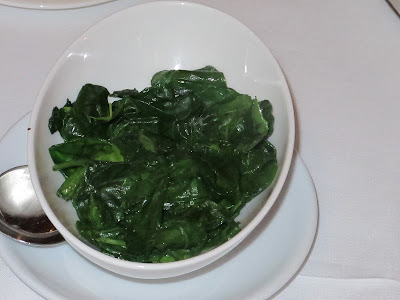 The cheeses on offer were uninspiring. South African brie and camembert have been disappointing and Pont le Vec is very ordinary. We settled for a couple of desserts. Peach snow egg, peach granite and peach fool was quite a nice dessert but very very sweet, 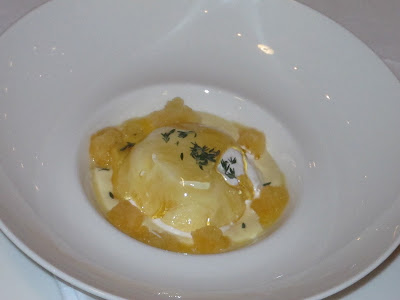 a hot hazel nut soufflé turned out to be quite raw in the centre. They offered to replace it but by now we were ready to go. 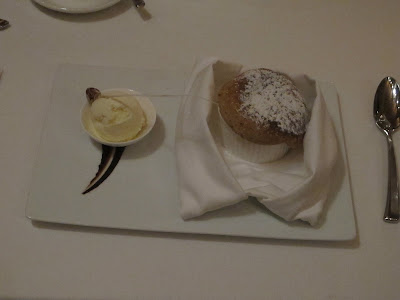 Although it was one of the best meals we had in South Africa I only wish the food had been better because everything else was faultless. The décor and decoration in the adjacent lounges and bars is worthy of a museum. 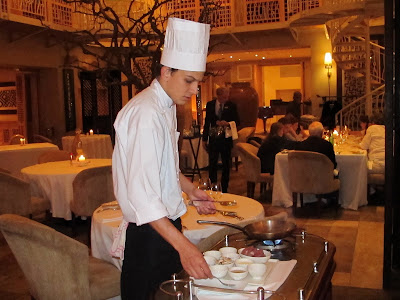 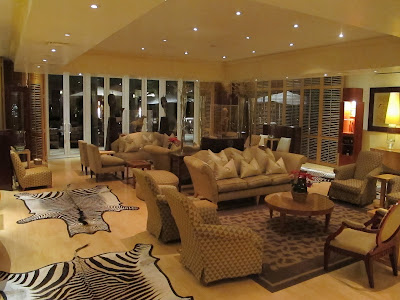 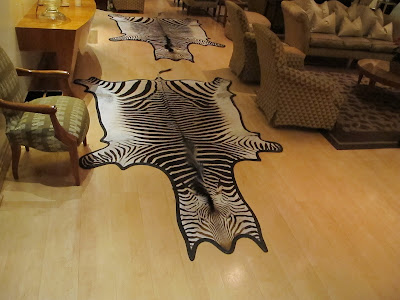 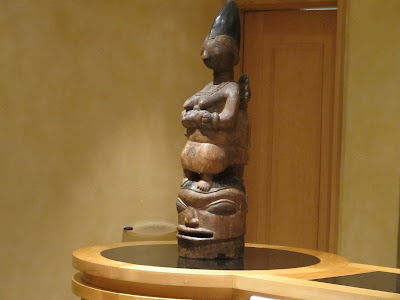 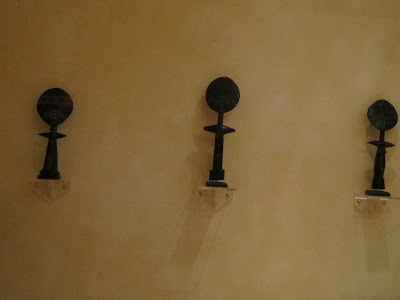 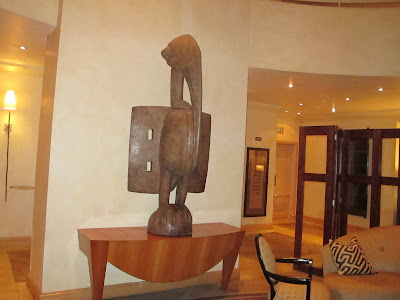 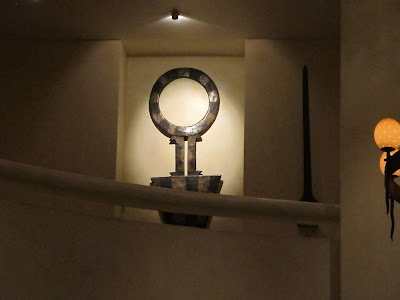 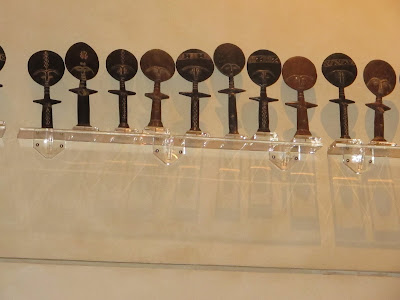 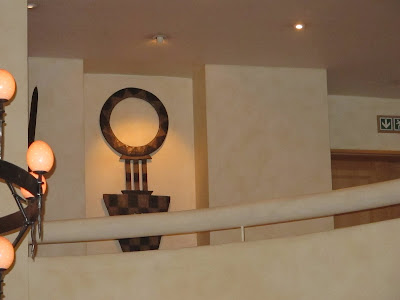