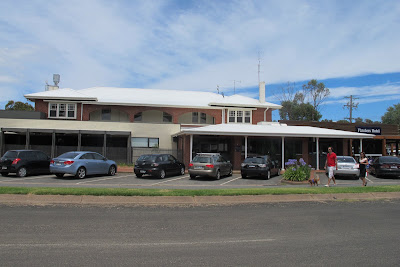 This refurbished country hotel is reinventing itself as a premier country gastro-pub importing highly regarded chef Pierre Khoja, formerly from Canvas, in Hawthorn. The place has been renovated and looks the part and they are currently building motel style accommodation adjacent to the hotel. The place is very attractive and so is the menu and the offerings look good. 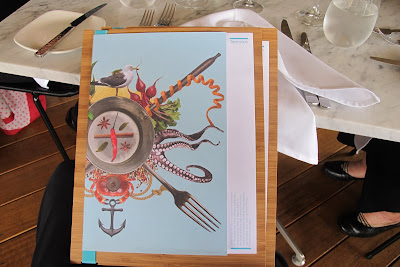 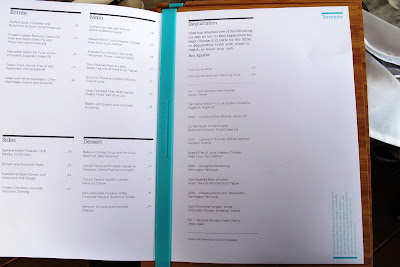 They have several eating areas. The most formal is Terminus 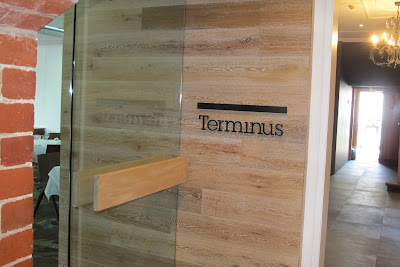 which has a covered veranda area which is less formal 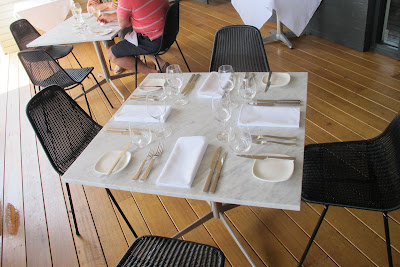 than the inside dining area. 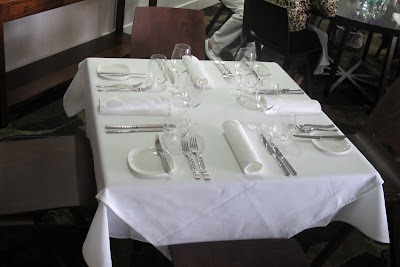 There is a more casual separate eating space called the deck. 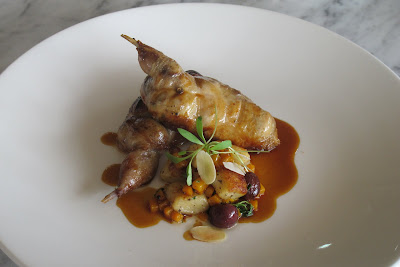 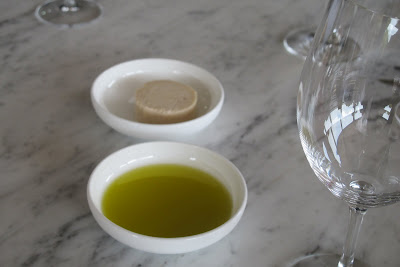 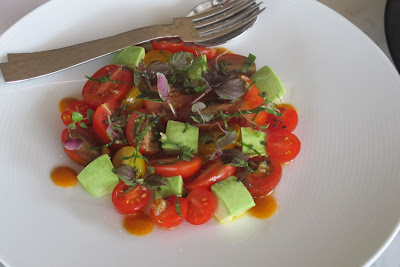 and a stuffed quail. The quail, with cinnamon and buttermilk gnocchi and dried grape jus was quite substantial but too well cooked and over seasoned resulting in it being too dry and too salty.

Eye fillet was attractively presented but was surprisingly tough and far from blue as it had been ordered. They did offer us another piece of meat but we decided against it and it was, generously, removed from the bill. 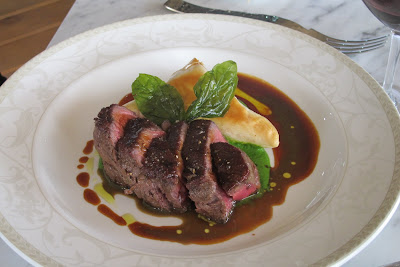 Rabbit, with scampi, replaced here by a prawn, and foie gras dumpling, tiny little ones but they tasted great, was also quite dry, though this is often a feature of this animal. It was beautifully presented with a variety of colourful young vegetables. 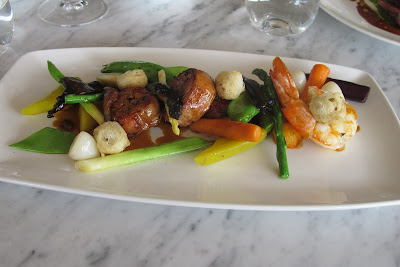 A side dish of spinach and mushroom bake did not appeal as the spinach was rather tough. 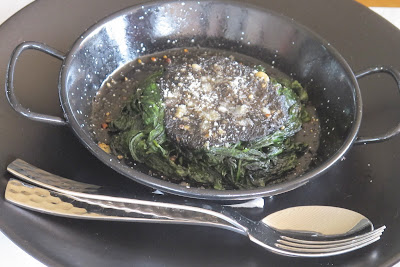 The outstanding dish for the meal was, without doubt, the soufflé. It was a long wait but well worth it. Turkish delight with lychee and halva ice cream was mouth watering with contributions from all the elements. 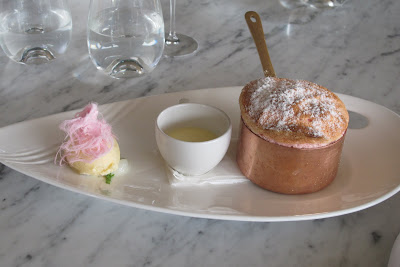 Service very pleasant but there was a very long wait between courses. It is hard to be too critical of a restaurant that treats one so very well. We were offered a glass of French champagne on arrival. It was also unexpected and most generous of them to take the steak off the bill.
I do not believe that it is appropriate to do this if the patron simply does not like what they ordered. If the food is not cooked as requested, and agreed to, and the chef offers to redo the dish the situation is not so clear cut but I certainly believe that there is no obligation on the restaurant to foot the bill if the replacement is refused.
In all FH is an extremely attractive venue that is close to being very good.
Score 14/20

Posted by Elliot and Sandra at 4:09 PM

I do not understand why "gourmet" food don´t have regular sized portions! Everything looks great, truly but I may stay with hungry after so small portions.
Because of that on my last trip abroad I choose going to a
furnished apartments buenos aires, where I could cook my on meal, instead of going to hotels and restaurants