* Click on pics to enlarge them.
Murray Cod, a fish unique to Australia, threatened with extinction, and protected from commercial fishing is little seen in restaurants, markets or fish retailers. Indeed if you catch one you are supposed to throw it back into the river! This is about to change.

Marianvale Blue http://www.marianvaleblue.com.au is engaged in a massive aquaculture project to farm these wonderful fish. To draw attention to them they ran a promotion at the RACV club attended by some of Melbourne's leading chefs. 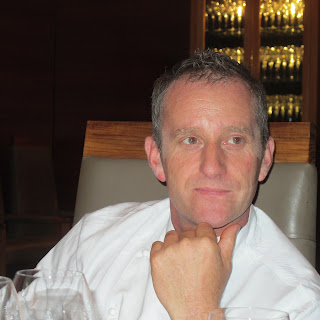 Executive Chef Mark Normoyle asked his team to produce a menu to demonstrate the character of the cod,  using every part of the fish, from nose to tail and a variety of ways that it could be served. Here, James, Chef de Cuisine spent some time with Tony Twitchett, Executive Chef at Taxi. 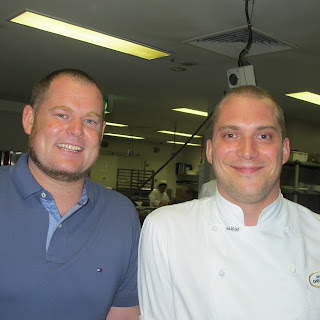 Starting with an amuse of wings, cheek and salt, coarsely crumbed and deep fried it highlighted the delicacy of the fish in contrast to the coarse crumbs. 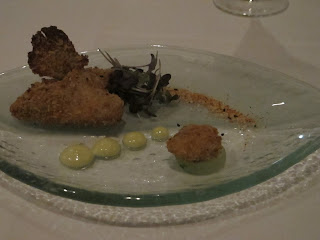 This was followed by a ceviche and espuma, macerated apple, yuzu and Vietnamese mint accompanied by a particularly appropriate 2004 Tamar Reisling. Wines accompanied every course but the meal was all about the fish. The espuma made from the the boiled bones of the cod and a little crunchy whitebait made for very pleasing dish.

Olive oil poached with vanilla, fennel puree, celery salsa and bone aioli was cooked cooked sous  vide for 35 minutes at 43 degrees. This demonstrated the remarkable delicacy of the cod and displayed textural qualities not experienced when fish is poached, baked or fried. 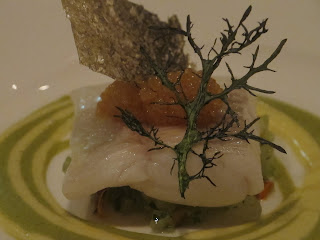 A lovely carrot and basil sorbet accompanied the next dish which was was orange and muscovado cured cod with a green tea emulsion. 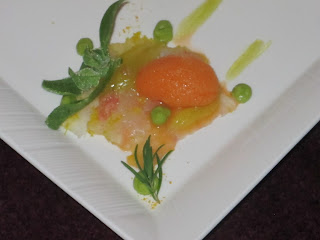 Each dish was, for me, better than the  previous one. The next, smoked pate with toasted brioche, creamed leek and parsley sauce was a clever concept that could be applied to any fish. It did not display the fine features of the cod. 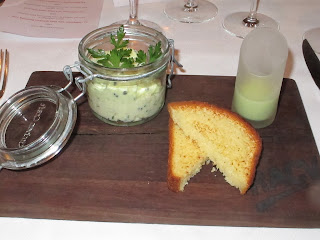 The last course showed the cod at it’s best. Roasted cutlet with white bean brandade, pancetta, truffled pear salad perfectly displayed the qualities of the fish. Pure white, not the slightest hint of muddiness fine flesh that flaked but held it’s structure, delicate in flavour this is a superb fish. 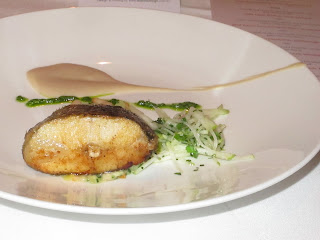 Now that it is being sustainably farmed it should be prominent on restaurant menus and in domestic kitchens.
Posted by Elliot and Sandra at 9:40 AM

I have been busy gathering some ideas for fun, healthy, delicious foods to share with you. If you have kids, these are recipes I think they\'ll like too.
cheap nfl jerseys|cheap jerseys from china

Hi Bos
What do you have to do to get your account suspended?