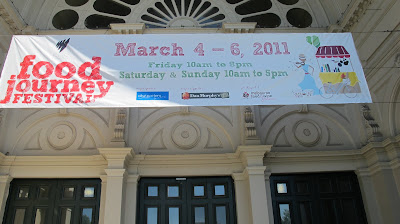 SBS have promoted this new festival which opens the Melbourne Food and Wine Festival, at the Royal Exhibition Building. It is an indoor out door affair 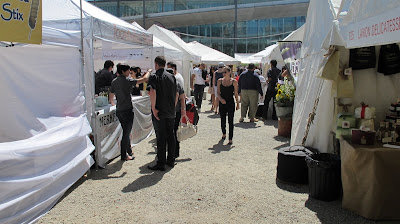 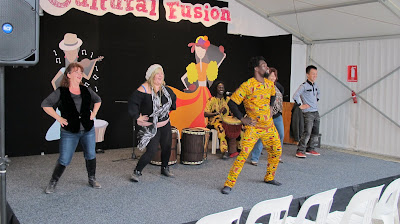 as well as a meet and greet area where celebrities speak with attendees and sign purchases of their publications.
The gods have smiled on this festival, with perfect weather and patrons have the opportunity to sample a great variety of products.
Rather than a journey it is a series of vignettes and cameo performances by celebrity chef's, foodies and entertainers. Wakuda Tetsuya, Greg Malouf and Sydney's king of cakes Adriano Zumbo as well as TV personalities such as Costa Giorgiadis, 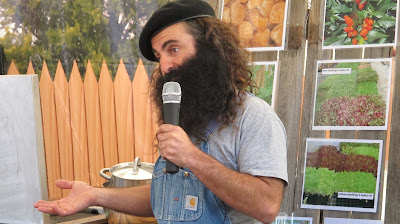 who brought his garden with him 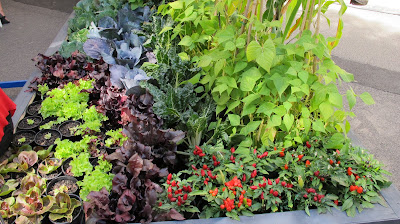 were among about a dozen luminaries giving presentations. 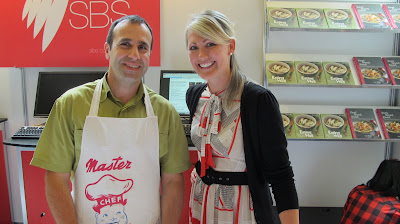 Here's Aisha Hillary with Tony Chiodo, Chef and author of 'Feel Good Food'. Celebrities were easily approachable and freely spoke of their personal food journeys.
Between these venues there were heaps of stands offering tastes especially of sauces, cheeses, olives, spreads, and sweets - nougat, chocolates, biscuits and ice cream! Sponsors such as Clive Peeters, Tupperware, William Angliss and Chisholm Institute were also well represented with stands and demonstrations. It is dangerous to taste the irresistible home made slightly soft almond nougat made by Larder Fresh. 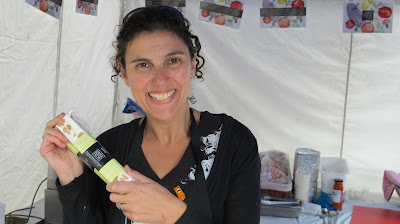 There were some unusual displays such as the BBQ table from BBQnique, 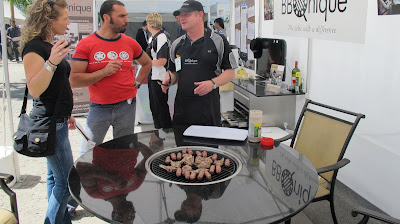 you cook on the table!
Then there was the silicon competitor to glad wrap, a dishwasher proof stretchable cover that can seal pots, tins or jars and works in the microwave demonstrated here by Leonard. 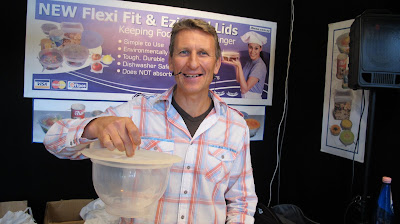 Dan Murphy was well represented with over 40 wines, more than half from France. they had plenty of competition from independent wineries with lots to taste. 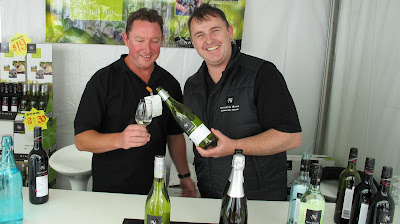 These jovial gentlemen were promoting Nepenthe wines.
Several ethnic restaurants were represented offering tastes of their menus and selling food at very reasonably prices.
In the under cover outdoor areas attendees could eat and drink while watching presentations.
There was an emphasis on home made and organic products and both alcoholic and non alcoholic beverages.
Here are some pictures of a tiny selection of things that caught our fancy. 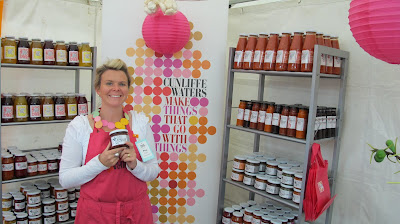 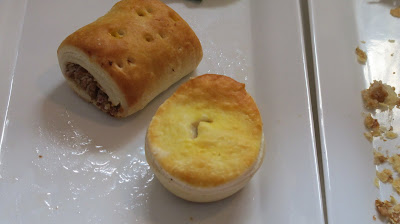 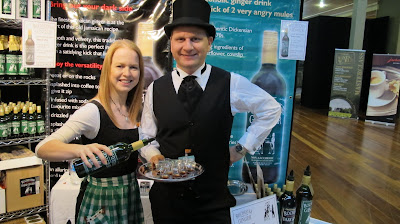 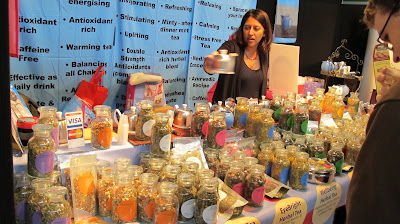 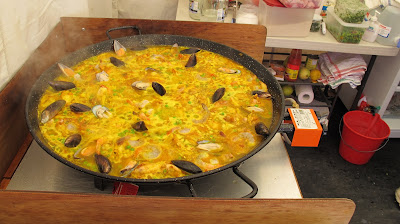 No prizes for guessing what that is. 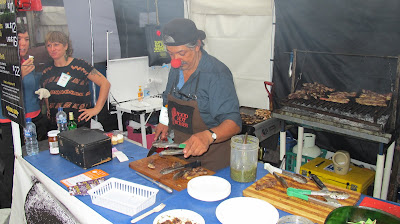 You could never leave hungry. 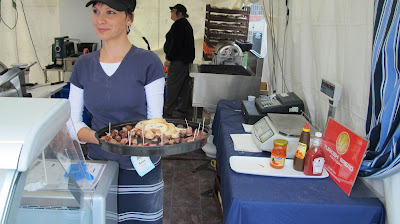 SBS invited us to blog this event and I have to say we did it with the greatest of pleasure. It was an exhibition with something for everyone. SBS has a lot about food which you can see at their site sbs.com.au/food.
We'll be back next year.
Posted by Elliot and Sandra at 11:10 AM

I loved this event because it was much more relaxed than other festivals and like you said, all the celebrities and stall holders were so approachable.

Hi Thanh,
I like the way you wrote up the festival, very intimate and personal and excellent pic's. They did not give us the theme that they promised so we just did a sort of general post

Hello,
Thanks for this all information about melbourne restaurant and it's deals