What a meal, what an absolutely fabulous meal we had at Attica last night. The first time I ate here the Thai influence was very strong and I was not particularly impressed. At a subsequent visit, perhaps two and a half years ago there was a move towards contemporary Australian with attribution to Alain Passard and an impressive menu but I was still not very impressed. Now Chef Ben Skewry has moved to a degustation menu of his own making that includes a measure of tastes, texture and theatre that I found profoundly satisfying. After an unusual offering from the chef of kingfish, cheese and herbs on thin potato which had been manipulated to come out crisp without being fried 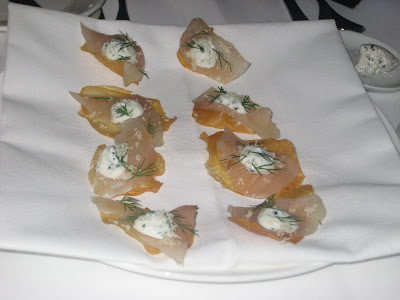 we came to the tasting menu which follows. Each dish was quite complicated and no way could a meal like this be reproduced at home without collossal effort. The menu descriptions don't include all the ingredients which are detailed as the dishes are served so I'll simply post the menu and photo's with an occassional comment
Mushrooms, chestnut, casa mandaio canestrato
Smoked trout broth, crackling, basil seed, fresh smoke 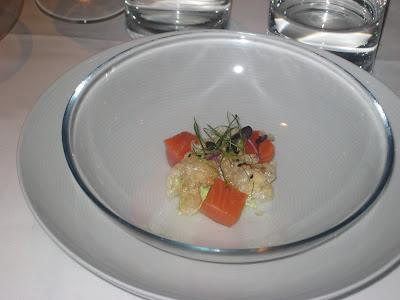 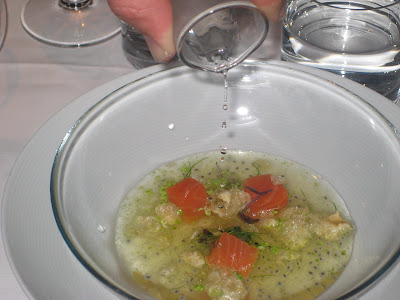 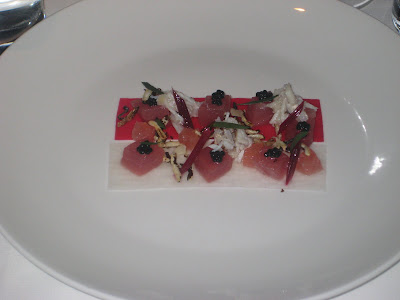 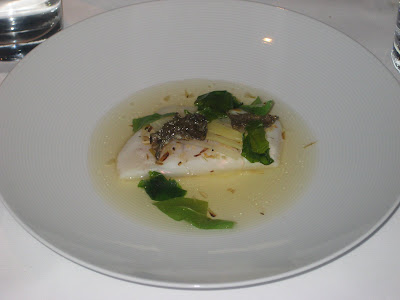 The 'simplest' offering of the night. A delicate preparation
Twice cooked Glenloth pigeon breast, Jerusalem artichoke, fresh peanuts, coffee, crispy saltbush No photo, Despite being twice cooked it was still very rare. Then came an addition, not on the menu, of a brick of shredded legmeat and breast surrounded by baby vegetables - another hit 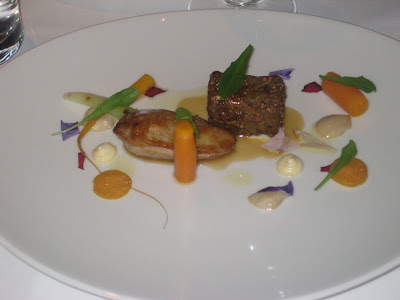 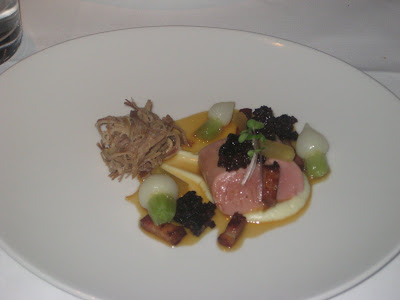 Terrior This is a word we are going to hear a lot more of in the next few years. "Terroir" is a French term that literally translates as terrain but has come to mean the way foods and wine express the soil, climate, culture and tradition of a region.
Full of surprises. Smoky and crunchy, great textures 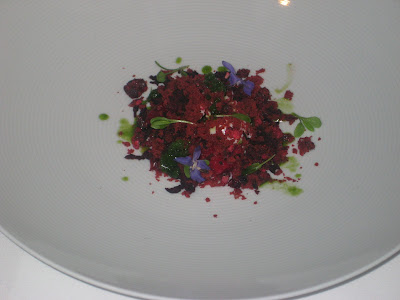 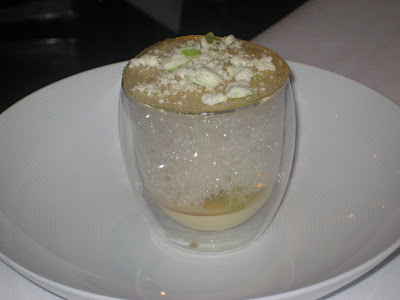 Whilst there is an a la carte menu I would strongly recommend the full degustation menu ($110 or $185 with matched wines)
Wines are reasonaby priced with an adequate list
Score 17.5/20

Posted by Elliot and Sandra at 3:00 PM

Great to see you loved Attica this time around. Your meal looks almost as good as the one I had. Ben Shewry is definitely waving his magic in the Attica kitchen.