The Ordre Mondiale, a part of the Chaine des Rotisseurs with a particular interest in wines attempted to pick the origins of eight wines – four Australian and four French.
They were presented masked and after a Pol Roger N/V champagne and an appetizer 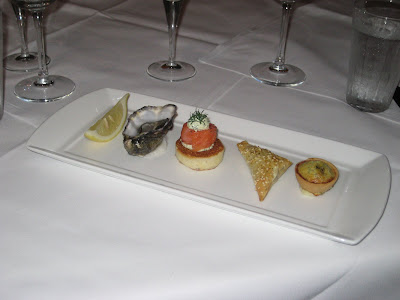 A Tasmanian oyster, Goats cheese and caramelized onion tart, confit duck pastie and a salmon blini, the wines were served with an excellent four course menu prepared by Michael Bacash at his eponymous Domain Rd. restaurant
In all cases the majority of the 16 participants correctly identified the national origins of the wines and there was a distinct preference for the French offerings with the exception of an overwhelming preference for the Australian Pinot Noir.
These were the wines and the accompanying dishes.
Trimbach Fredrich Emile 2001 Reisling v Crawford River 2006 Reisling 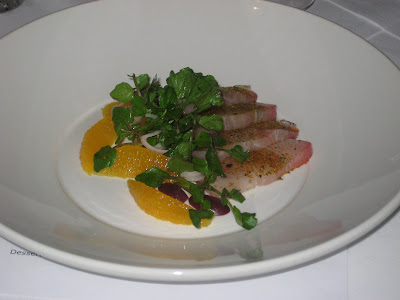 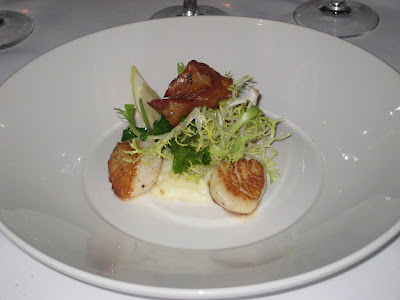 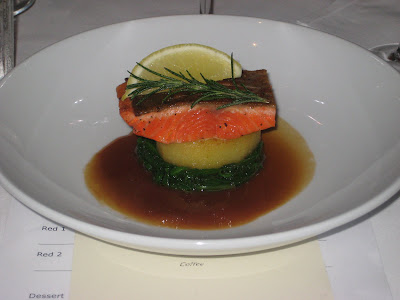 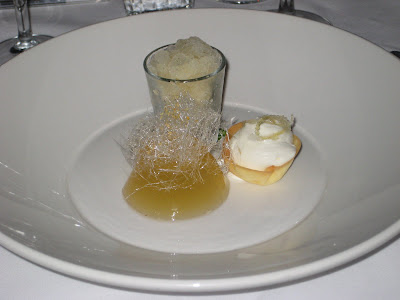 with a trio of Verbena desserts - jelly, granita and syllabub
Posted by Elliot and Sandra at 10:03 PM