I've said a lot about VdM over many years now. It continues to be marked by the highest standards in every element of a dining experience. The venue is outstanding, cutlery, crockery and glassware, which I have mentioned in previous posts, quite lovely. Riedell, Gabriel and Zalco glasses are exquisite and Christofsen cutlery extremely decorative, 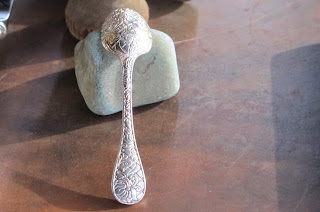 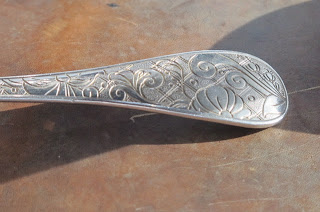 and functional of course. Service is impeccable.
Food, the freshest ingredients, is presented beautifully in unusual and unexpected combinations which delight the eye and the palate.. As usual we took the menu gourmand which is approximately a 10 course meal although it is hard to define quite what a course is at times. After  chips with salt and vinegar served with a macadamia puree and apple  three or four amuse bouche, 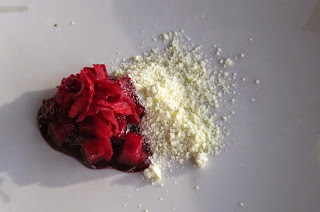 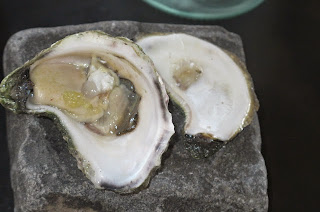 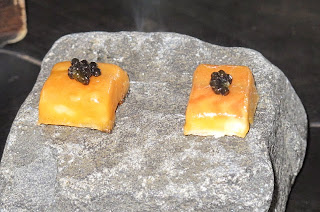 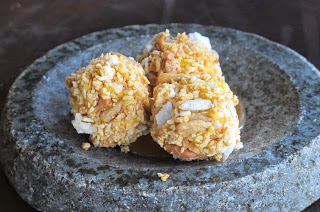 Barramundi, a roll of apple, apple vinegar with a touch of honey, caviar 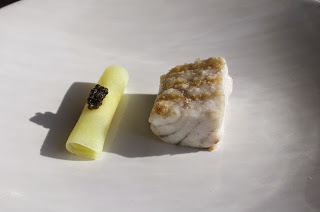 David Blackmore Waygu strip loin, roasted onion, pickled mushroom,oyster mushrooms, pine mushrooms, onions and truffle jus. Although it does not look like it the waghu was medium to medium rare and rather unexpectedly tough. 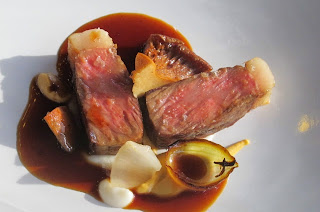 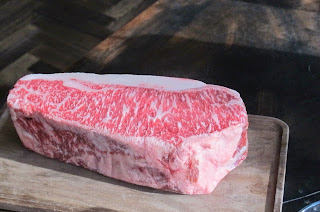 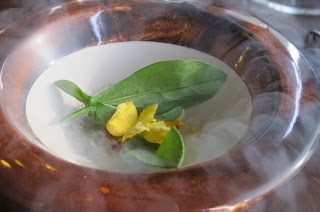 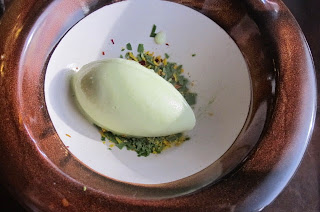 Quail, cabbage, beetroot puree. This must have been the best quail I have ever had. An indescribable pleasure. Boned out it was easy to eat and had an excellent flavour, light stuffing and a well matched jus. 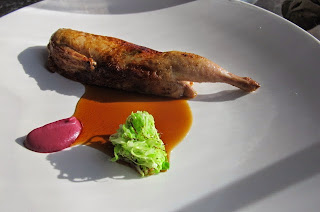 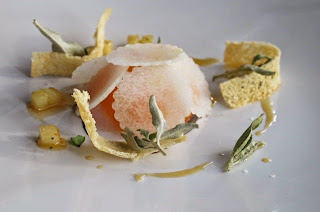 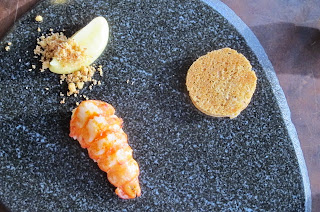 Served without cutlery it was totally delicious. Three consecutive out of this world dishes!

Ox tongue, beetroot, bone marrow, yet another fine dish escaped without a picture!
This was followed by a long series of sweet things, cheese, and coffee.
Got to have cheese before the desserts. 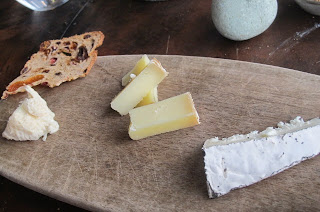 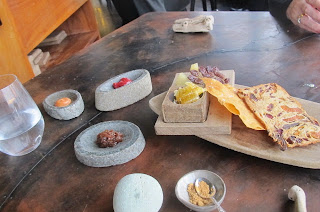 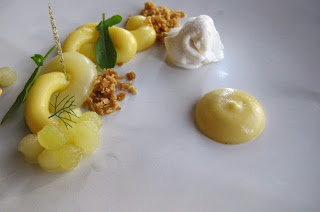 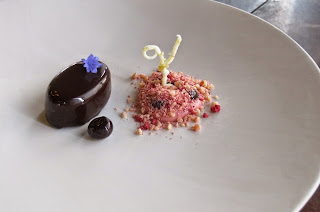 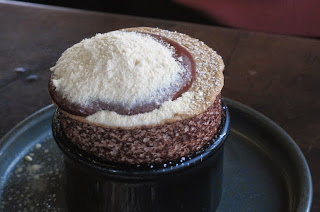 And lots of petit fours 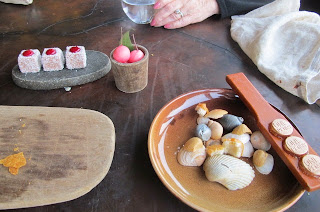 After a slightly unusual pinot colada 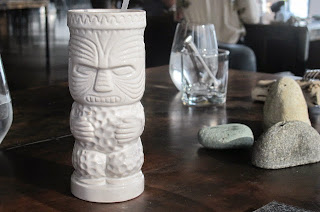 A selection of petit-fours