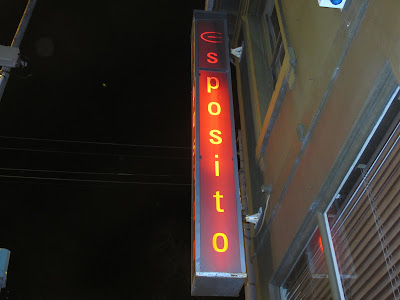 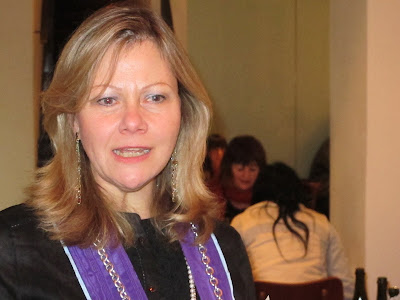 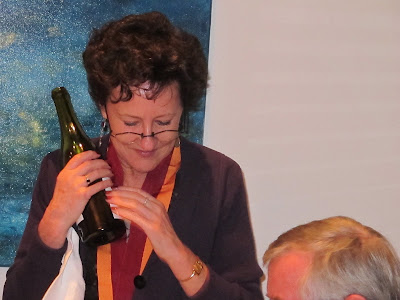 members of the Ordre Mondiale, a section of the renowned ancient food and wine organization La Chaine des Rotisseurs, organized an outstanding six course truffle dinner with interesting masked wines to accompany each course at Esposito. This is a pleasant venue with an eclectic variety of decoration on its walls. 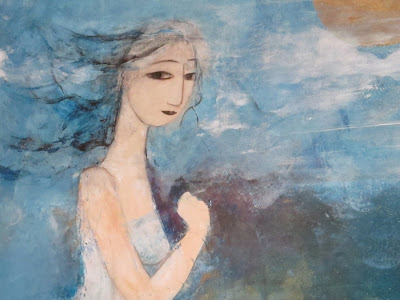 After a Vilmart NV Grande Reserve Champagne the first course was a red wine cured scallop truffle crumbs and avocado cream. The aroma of truffle was immediately apparent. The scallops, effectively raw, had very little flavour and looked a little unappetizing with their red stain. The accompanying 2009 Mooraduc Estate Chardonnay was very acceptable. 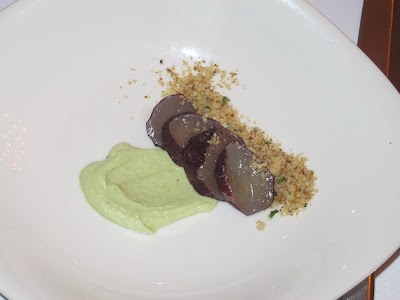 This was followed by a crab ravioli, fennel puree, almond and truffle foam. Once again the truffle aroma was prominent, the crab was very delicate, almost undetectable as crab for me, and not improved by a little lemon. The pasta was perfect and the 2009 Domaine Maurice Chapuis Corton Charlemagne Grand Cru lived up to it’s fine name. Unfortunately this is not freely available. It is a complex white that matched the raviolo beautifully. 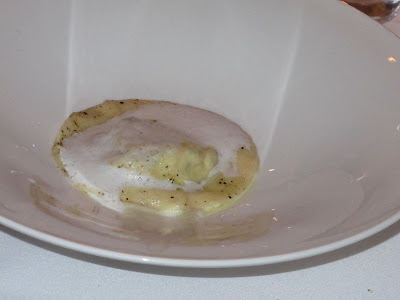 Slow cooked ox tongue, watercress salad, warm truffled Kipfler potatoes was served with a 2006 Domaine Gerard Raphet Geverey Chambertin Premier Les Combottes. Most of the guests found this wine outstanding, although they were unable to identify it, it’s country of origin or it’s vintage. The ox tongue, which had been cooked sous vide, as had the following dishes, was simply superb. 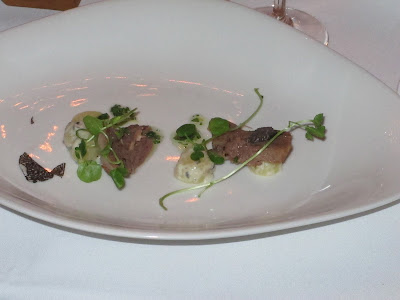 Quail saltimbocca, pear tatin, wilted radicchio and truflled red wine jus was a fine combination of ingredients. Once again the truffle added a touch of something special to the dish. This was accompanied by a 2010 Escarpment Pinot Noir Kupe vineyard, Martinborough, New Zealand. 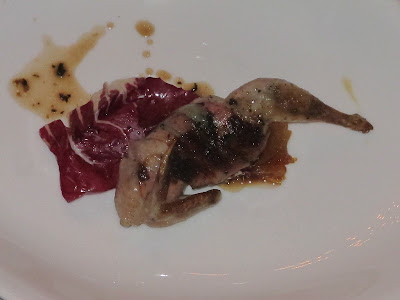 The last main course was a venison brique, roasted cauliflower, glazed chestnuts and shaved black truffles served with a 2006 Domaine de la Janasse Chaupin Chateauneuf du Pape. For some this was the wine of the night. 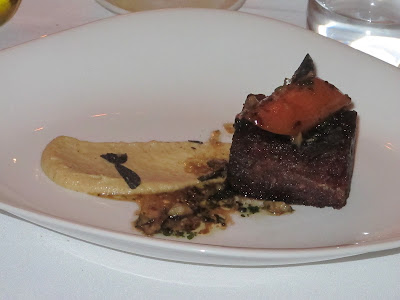 A dessert of malted chocolate truffle mousse, candied rose petals and rosemary ice cream was not as sweet as I would have liked and the mousse was rather firm. The Italian 2003 Felsina Vin Santo largely defied recognition. It was quite luscious with no hint of bitterness. 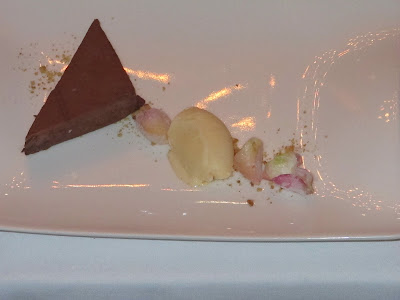 This was a very fine meal which displayed excellent technique combining textures, tastes and appearance and good use of truffles to highlight their special contribution to food.

When one conceives the issue at hand, i have to agree with your endings.
You intelligibly show cognition about this topic and i have much to learn
after reading your post.Lot's of greetings and i will come back for any
further updates.
Polished concrete sydney
floor levelling
concrete repairs
epoxy coatings
glue removal
concrete coatings
Atta ur rehman