There’s a lot to be said for local knowledge. Without it I would never have found this quality restaurant attached to Richardson's Hotel. It’s an elegant place. White clothed tables are set with good cutlery and glassware and sufficiently separated for private conversation, only interrupted by uniformed waitresses moving quietly on the carpeted floor to describe the make up of the dishes they are presenting.
They offer both an a la carte menu or a six course degustation menu ($145 plus $75 for matched wines or $95 for premium wines). Very approximately entrees are about $25 and mains about $45. Wines by the bottle are marked up a little over 100% of retail prices. We enjoyed a particularly pleasant Pinot ($88). 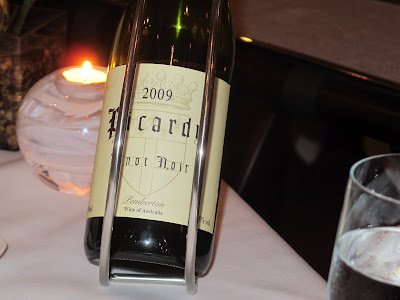 They have pleasant subdued lighting and subdued music making it a place to go for a special dinner. 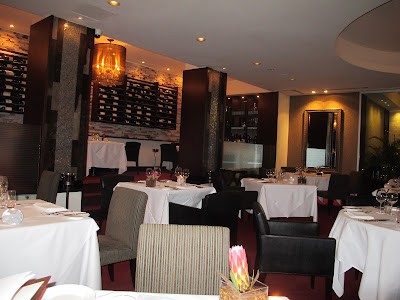 Before the meal we were presented with crisp bread rolls and a halved brioche with three butters one flavoured with chili and one with seaweed which actually looked nice but did nothing for the taste. 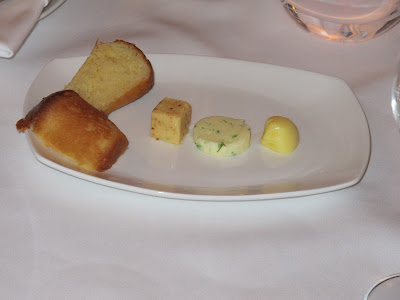 An utterly superb chef’s offering of seared lamb loin on shredded cabbage on the thinnest possible venison carpaccio flavoured with maple syrup, and accompanied by a little mayonnaise and a seed mustard presaged the meal that was to come. 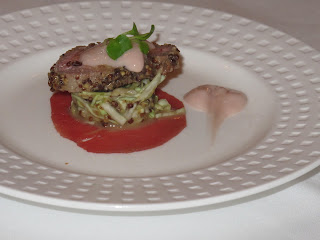 Dishes were presented at a reasonable pace. The first course, foie gras infused ice cream rested on a jellied green apple puree surrounded with brioche crumbs. A column of Italian meringue with a cover of apple jelly lay beside another of smoked eel. Each of these elements carried distinct tastes, the most delicate being the foie gras and the strongest the eel. I found it a most beautiful but an odd though not offensive combination. 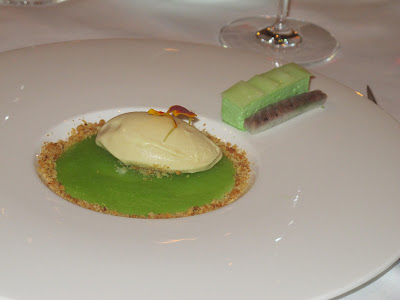 Tasmanian ocean trout on a bed of sea weed with citrus fruit powder was a slender fillet which looked slightly more cooked than I would have liked. 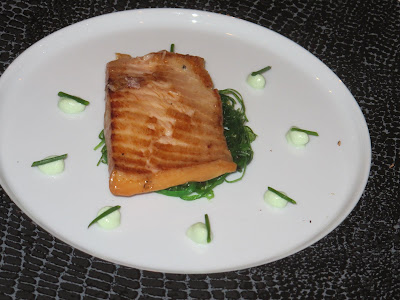 The chef kindly acceded to my request that my salmon be replaced with maron because it is not available fresh in Melbourne. Like the salmon it was also a little over cooked. 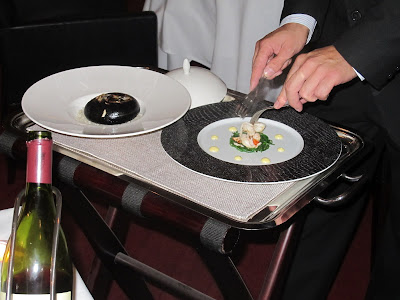 Preparing to serve the maron served on a sea weed salad. 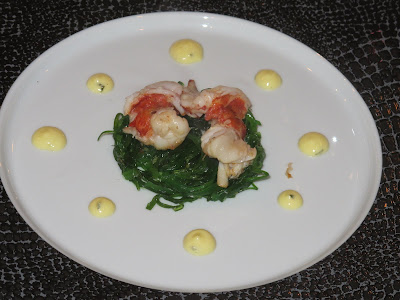 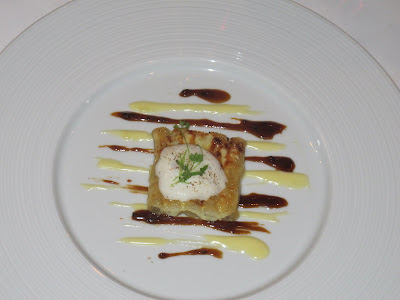 . For main course there was a choice of partridge, which I chose, or pork loin. The partridge was delicate and moist, perfectly prepared, accompanied by spinach, Jerusalem artichoke with an orange lemon chutney sauce.This was an absolutely first class dish. 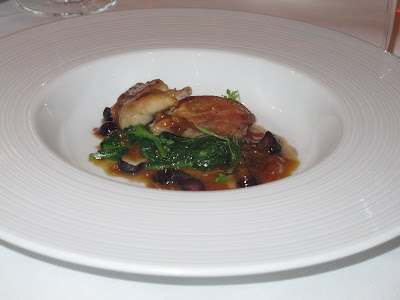 It was followed by a consommé with a spray of cognac covered by a chocolate chip which retained a cloud of smoke in the glass. 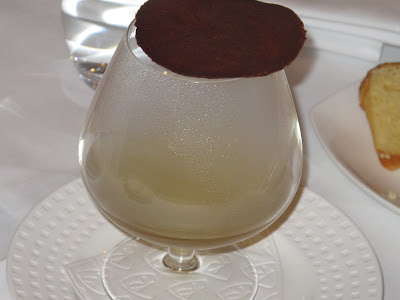 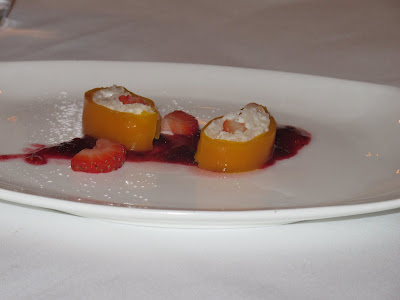 ‘ It’s Autumn made up of ginger bread, confit of chestnut, orange sorbet and finished with hot chamomile syrup poured at the table. 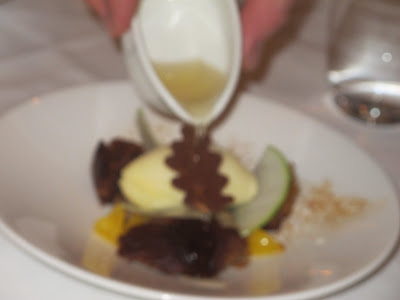 Petit fours accompanied coffee. These are relatively trivial criticisms of what was a quite beautiful meal in a superb venue.
Score: 16.5/20
Posted by Elliot and Sandra at 7:42 AM