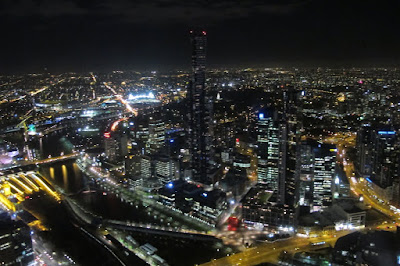 Usually when writing about VdM it is a struggle to find enough superlatives, but not on this occasion. It was a Dinner of Appreciation for the Grand Chapitre of the Chaine des Rotisseurs. This world wide organization, devoted to the ever increasing enjoyment, and knowledge, of food and wine has a heritage going back to the 13th Century.
Two hundred and forty guests from all over Australia indulged in this meal at VdM's new home on the 55th floor of the Rialto building.
Firstly it must be said that the venue is outstanding, with 360 degree panoramic views over Melbourne. This relatively flat city looks magnificent on a clear night with 10's of 1000's of twinkling lights in every direction.
It was crowded and noisy but the chairs were comfortable, the tables large, the cutlery, crockery (some made especially for Vue), the modern lighting subdued 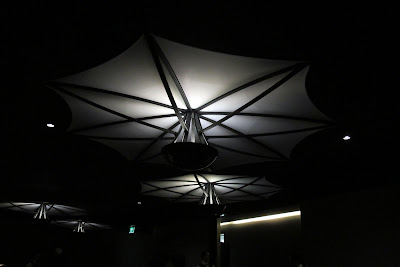 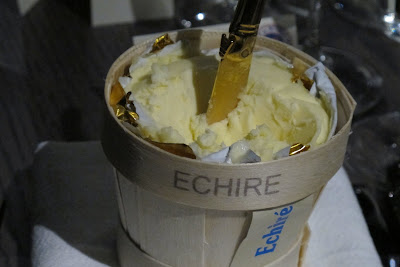 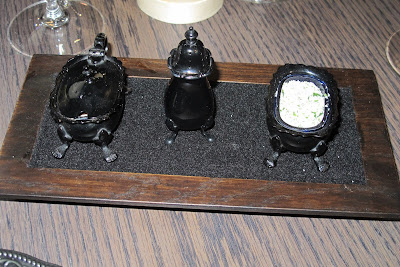 All it needed was excellent food and wine. The wines, all French, were excellent and well matched to the food but the meal could have been much more exciting.
After canapes and champagne, an NV blanc de blanc, the first course was quail and tarragon.
This would have been much better had it not been cold. It was pleasant enough but very ordinary for VdM, in fact rather dull. 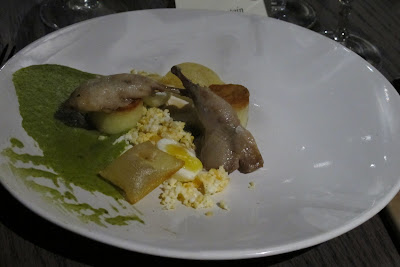 The 07 Alsacian reisling helped.
Marron, beef tongue, brown butter emulsion was, for me, the dish of the night. 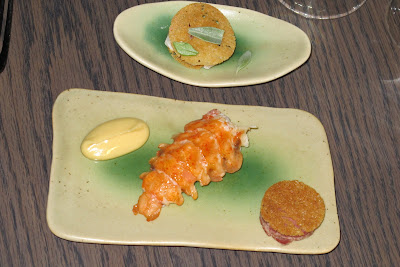 Very fresh, barely cooked amd most delicate, served warm the only thing that could have been better was to have more of it!Again the 07 Chablis was a good choice.
Truffle risotto could be called a signature dish at Vue. 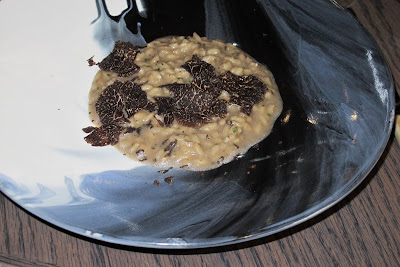 We've had it often. On this occasion there was plenty of truffle but it was cold. Lucky the 1er cru burgundy was magnificent.
Pork, apple smoked bone marrow was the fourth cold dish to arrive at the table. 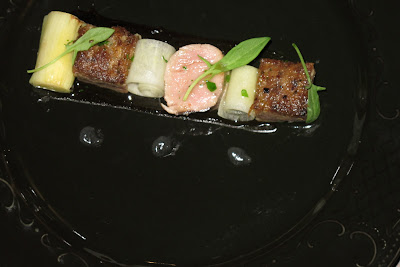 More wine was the saviour, an 07 Pierre Amadieu Cote de Rhone Grand Reserve.
The last courset, lemon meringue ice cream, white chocolate, lemon curd, parsley, was the only dish that was meant to be cold. 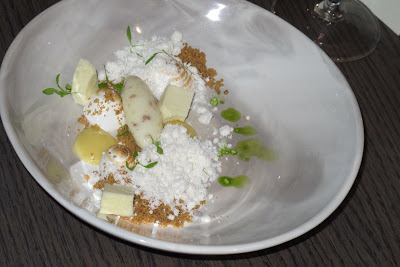 It was a very good dessert. The 07 Chateau Jolys Jurancon Tardives was unexceptional. Tea was served and with a choice of tea bags in litttle pots. 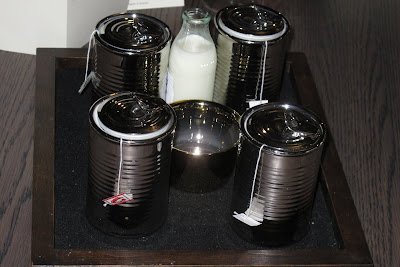 and a kettle of hot water for the table, whilst coffe in a caraffe again very cool. There was a choice of six sweeteners including Heidi honey, organic raw sugar, orgnic panela Columbia, Stevia natural sweetener, crystal sugar candy and organic muscovado. They were identified under each little cup. 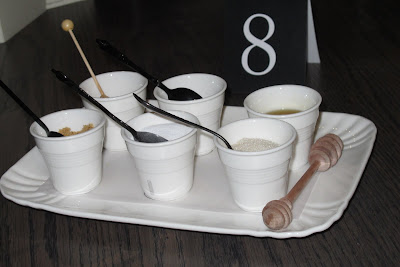 Perhaps a little over the top.
All in all we were disappointed in this meal which could so easily have been so much better.
Posted by Elliot and Sandra at 6:20 PM

Hello,
Thanks for this all lovely blog i like it about restaurant
famous restaurants in melbourne