Jaques Reymond offers two degustation menus, a vegetarian and a ‘Taste of our Degustation Menu’ for omnivores. Both are designed to ‘feature the finest of Australian produce to reflect the flavours of the season’. Knowing that we could share everything we ordered both menus.

This is what we had. 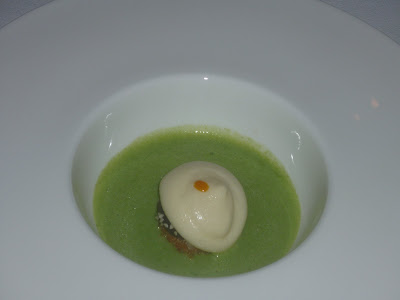 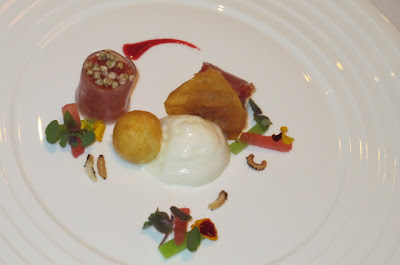 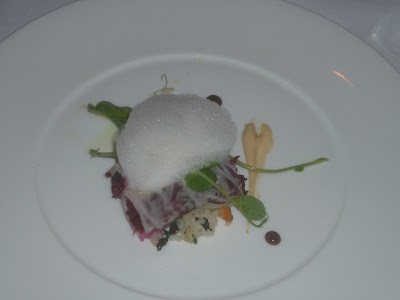 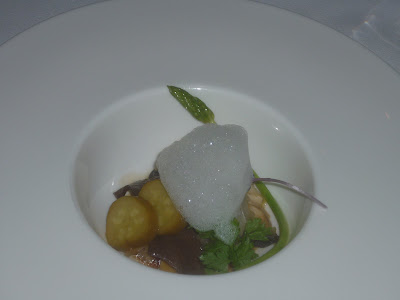 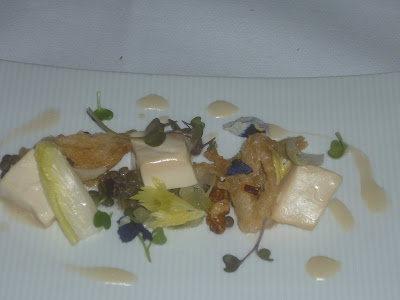 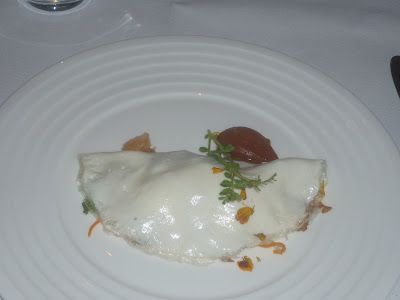 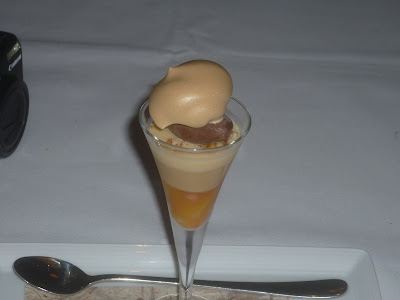 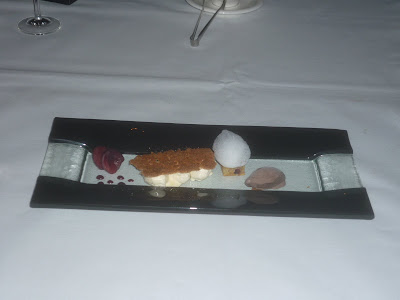 The general degustaion dishes often looked quite similar in appearance and ended with the same desserts. 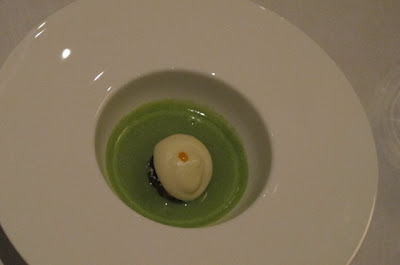 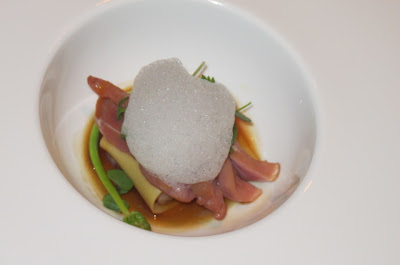 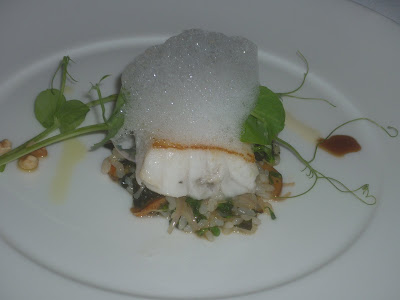 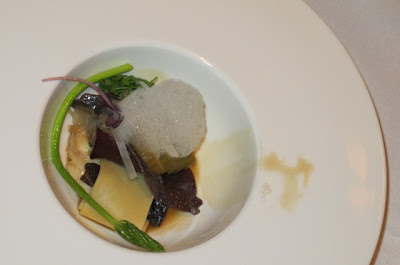 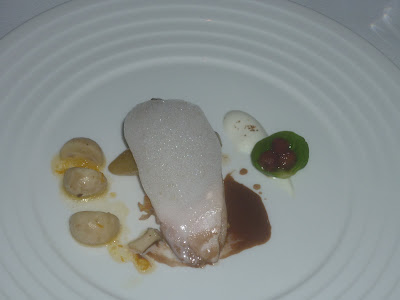 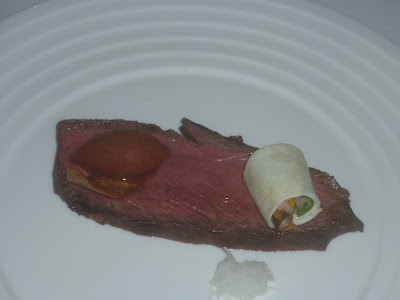 There are a lot of good things to say about this restaurant in a fine old Victorian house. The lovely ground floor rooms exude quiet sophistication, a further reminder of Victorian times. The pleasant lighting, the white clothed tables, the solid cutlery and good crockery produce a fine ambiance supported by impeccable service. This is a fine setting for a three star restaurant, it only needed food to match.

First, it must be said, it was a beautiful meal. Every dish was a picture but it was far from being a really excellent meal. Reymond seems to have gone foaming mad. Dish after dish was topped with foam, sometimes referred to as espuma but the greatest deficiency was in seasoning. The ingredients were undoubtedly of top quality, though we would have liked a higher grade waghu. The vegetarian menu relied heavily on mushroom to add flavour to the food There were some not very commonly used ingredients, for example watercress soup and pickled choko. This is all very nice and mostly his combinations went well together sometimes they really seemed to be mismatched. The most extreme example of this was the egg white omelette. This contained a mixture of lightly cooked julienned vegetables the coarseness of which contrasted unpleasantly with the delicate omelette. On the other hand the steamed silken tofu was a super dish. The two things we both agreed as the best of all on the night were the bookends of the meal, Jaques signature gruyere flavoured gougeres, 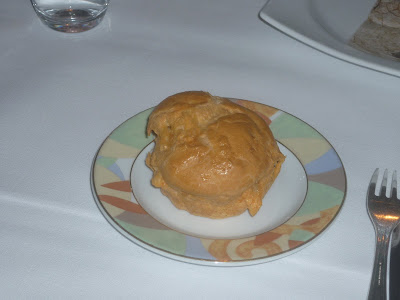 a French choux pastry cheese puff, which are the best Sandra and I have ever eaten, and the deconstructed cheese cake which was delicious. In conclusion it was a meal that looked great had great textural variation and showed enormous skill in technique but failed to impress in the ultimate taste test because of the blandness of the dishes. We drank wine by the glass. Generally wines were about $18 a glass. A Moet was $28!

It's pretty rich asking $28 for a glass of Moet when you know it is discounted up the wazoo at Dan's and Vintage Cellars and anywhere else for that matter.
It seems that your last couple of visits havent been 3 hat after all!

Hi Tim
That's for sure. That's why, on our rating, it would barely get one hat!

Hello,
Thanks for this blog i like it about all food information