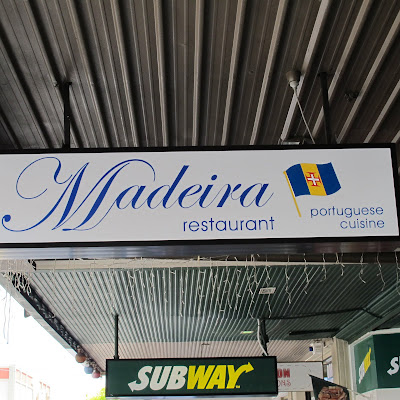 This was a meal that started badly but ended well. Madeira serves Portuguese influenced cuisine in the heart of Bay St. The restaurant is simply decorated with framed pictures of Madeira Island on one wall and a couple of oil paintings on the opposite wall. Tables are reminiscent of Mediterranean provincial settings with red over white linen cloths. 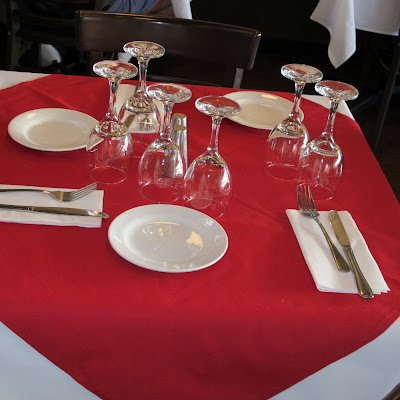 They offer several lunch specials including a $20 two course meal including a glass of Sangria and half price Espetadas. You can get a 25% discount if you have an Entertainment Book voucher too. 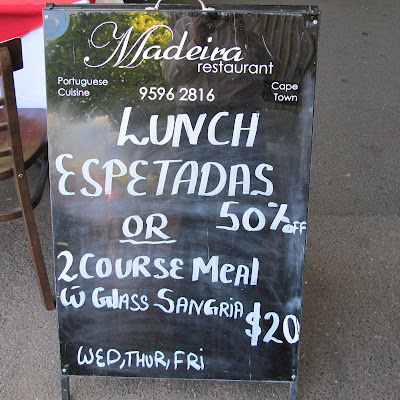 There is a short, inexpensive list including several wines from Portugal. We tried the house wine which was light and unremarkable 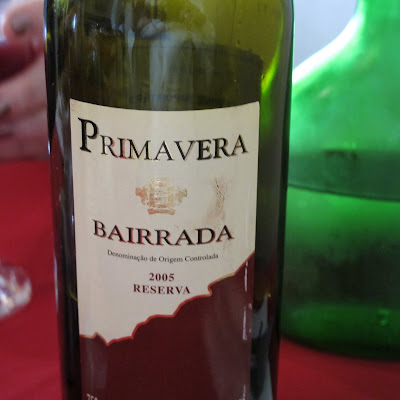 and the Sangria which was very sweet and more like lolly water than wine.
Our difficulties arose over whether the chef would very lightly cook the barramundi espetado and if he could make the espetados without chili.
The meat had been marinated in a chili containing marinade and the fish had been floured so neither request was possible. He was not prepared to make a fresh espetado either. We thought this pretty inflexible but it was explained to us that if we gave them 48 hours notice everything was possible.
We began with snails in a garlic Parmesan cheese sauce ($17). 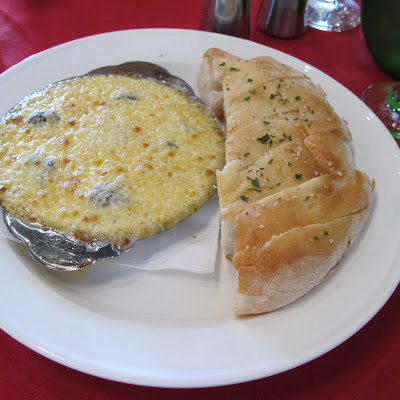 The half dozen snails were lost in the large amount of cheese. It was very mildly flavoured and inoffensive, not anything I would rush to order again although it did come with a super toasted garlicTurkish style bread. We then indulged in a sea food platter ($36) 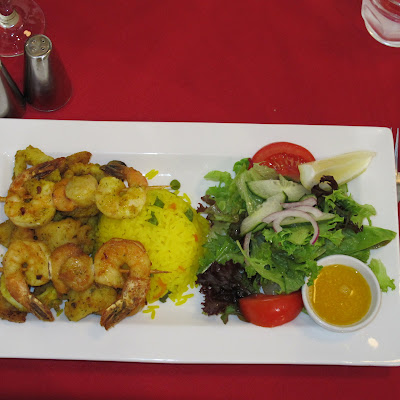 which was very well prepared, not at all dry or over cooked, with scallops, prawns, fish and mussels,accompanied by a large dome of saffron rice and a garden salad. In all a very good and tasty dish. Next we had a rump steak espetada with potato chips and a similar salad..
I cannot describe espetadas better than Suite101 did when they wrote

"Espetada is Madeira’s signature dish. Marinated in garlic and herbs, these long beef skewers are placed on an open fire then rushed across to the dining area and hung high above the table. Only the finest cuts should be used and juices dripping into a saucer can be soaked up with bread"

This was attractive and fun. 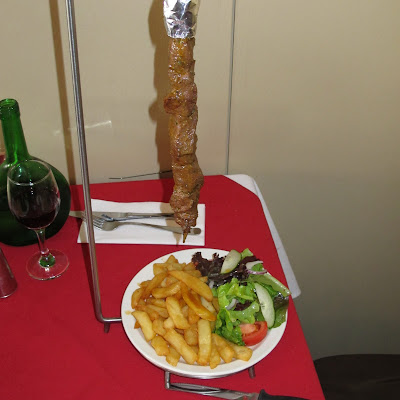 The steak was medium rare and very tasty. The marinade, with only a touch of chili, very much to my taste.Usually $33 as part of the $20 lunch it was great value.
Finally we had the custard tarts with ice cream for dessert ($12). 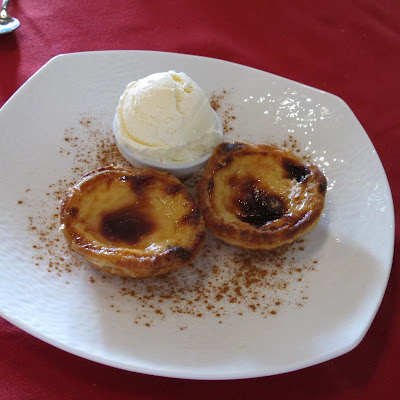 The rest of the meal was good but these were the very best custard tarts that Sandra or I have eaten in Australia. It is worth going to Madeira for this alone.
The cooking is uncomplicated, unpretentious and well worth a return visit.
Score 13.75/20

u should try the ones they make in macao - Andrew's portuguese tarts. they are superb little masterpieces. Although a little "asian-ified" they are marvellous.

Hi
I wish we could just drop by Macao but in the meantime Madeira's egg tarts are, in my view, beyond criticism. Do try em and let us have your opinion

Excellent post about melbourne restaurant dining deals thanks for this blog

Hi
Great to have your support!