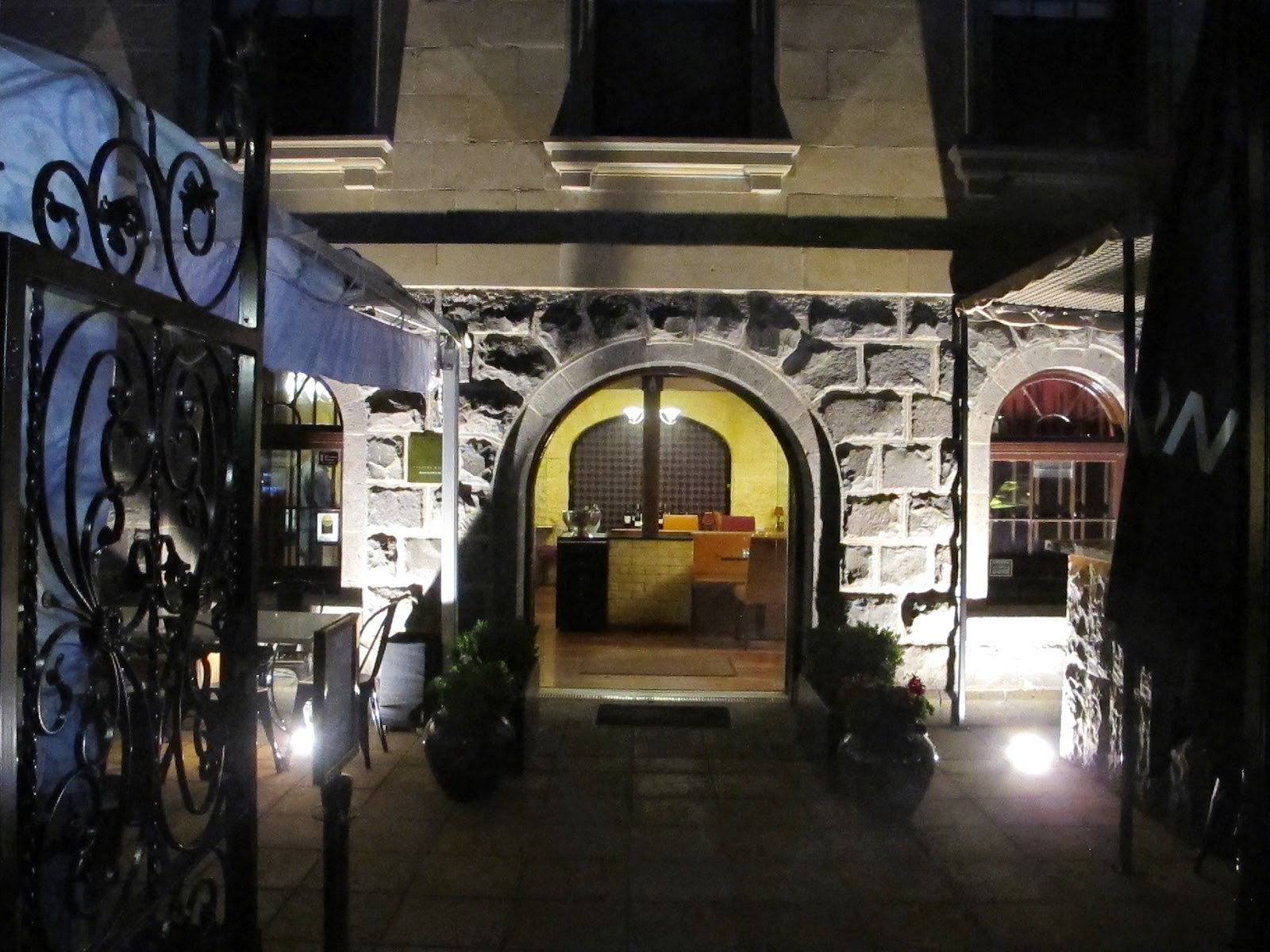 Geelong is a treasury of extremely attractive old buildings, if you like that sort of thing, and we do. Custom House is one of them. 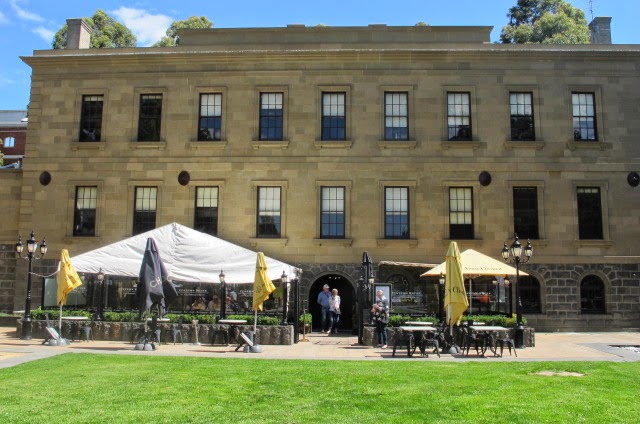 It is a classical symmetrical rectangular building separated from Eastern Beach Rd and the beach by a long, broad manicured lawn 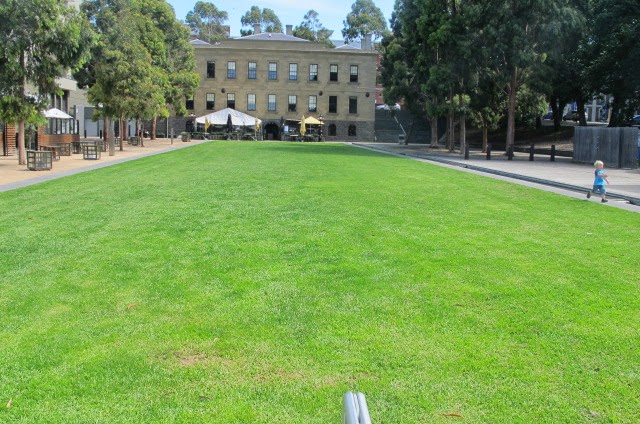 with a narrow band of water flowing down one side and a variety of, mostly, enclosed sculptures, 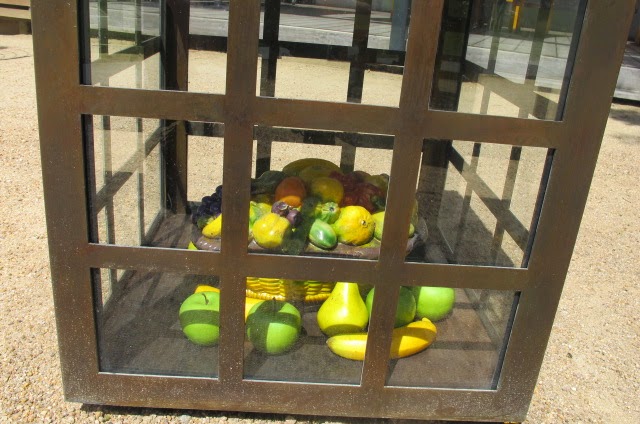 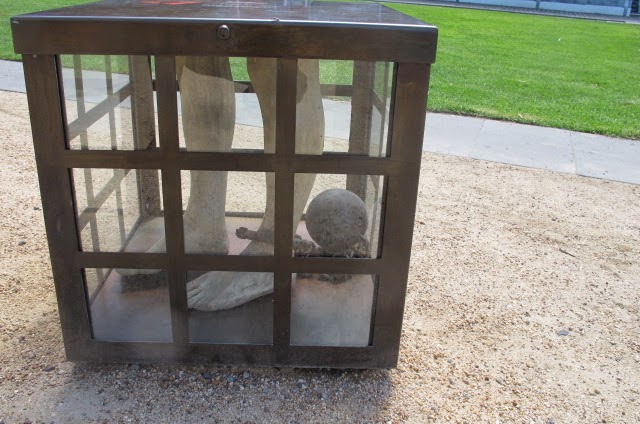 relating to Geelong's history along the other side.
It operates now as a modern Australian fine food restaurant. 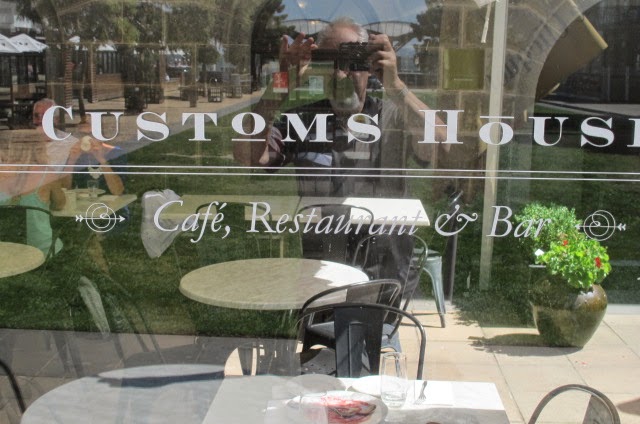 We had thought to have a French style dinner and looked at Le Parisien but the only thing French about the place was the name.
Custom House is a comfortable place. 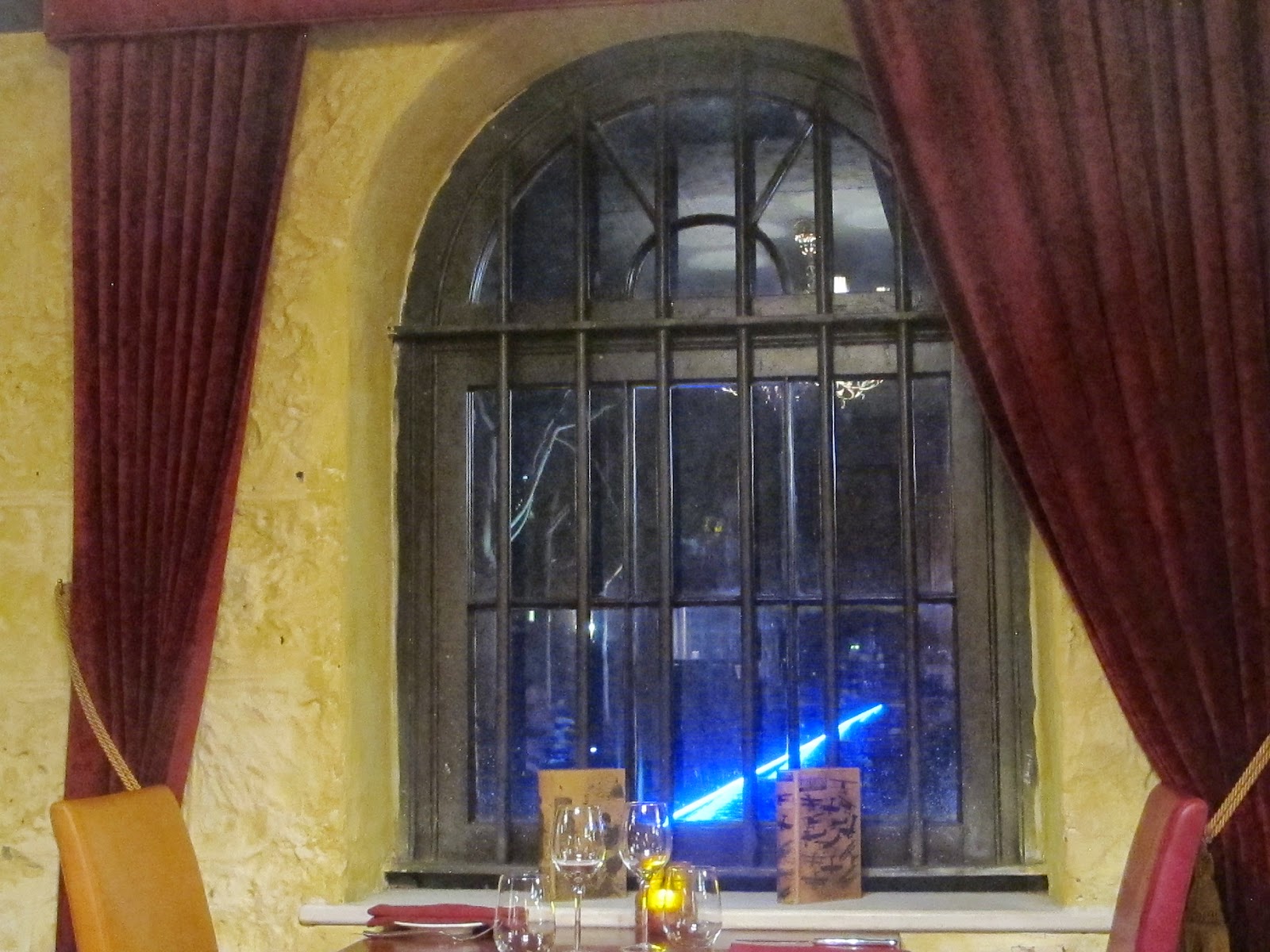 Tables, covered in some sort of brown vinyl, are reasonable size and upholstered chairs are comfortable.
They also have a covered outside dining area. 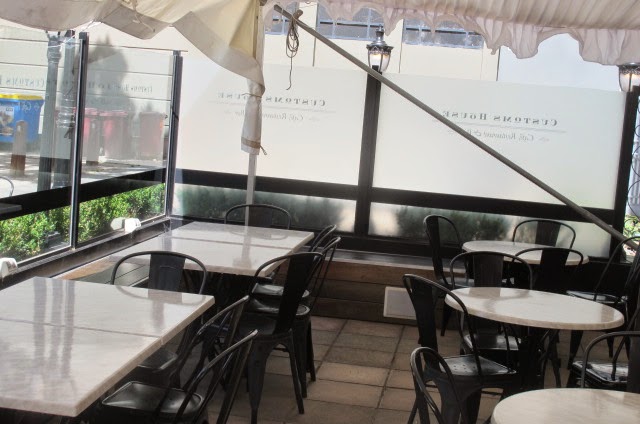 We were served by a very sweet Russian university student.
The food menu is not large but there was quite enough to choose from and the wine list, mostly Australian, is extensive with a big range of cocktails and specialty drinks.
A couple of small slices of bread were brought to the table with both butter and a light olive oil. Unfortunately the bread had been left in the oven until they were completely dried out. 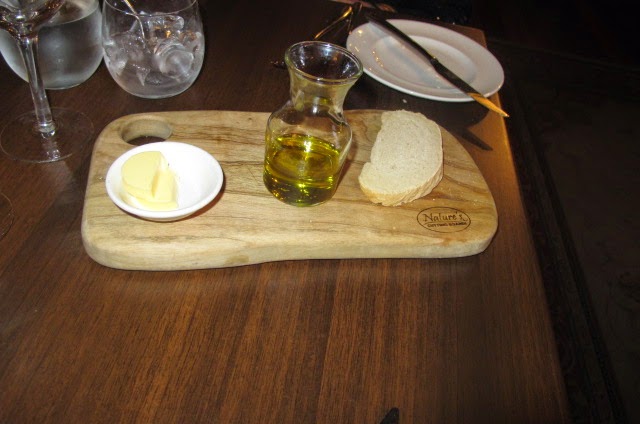 We started with a nut fed pork belly garnished with lightly pickled red cabbage and a slice of poached pear. 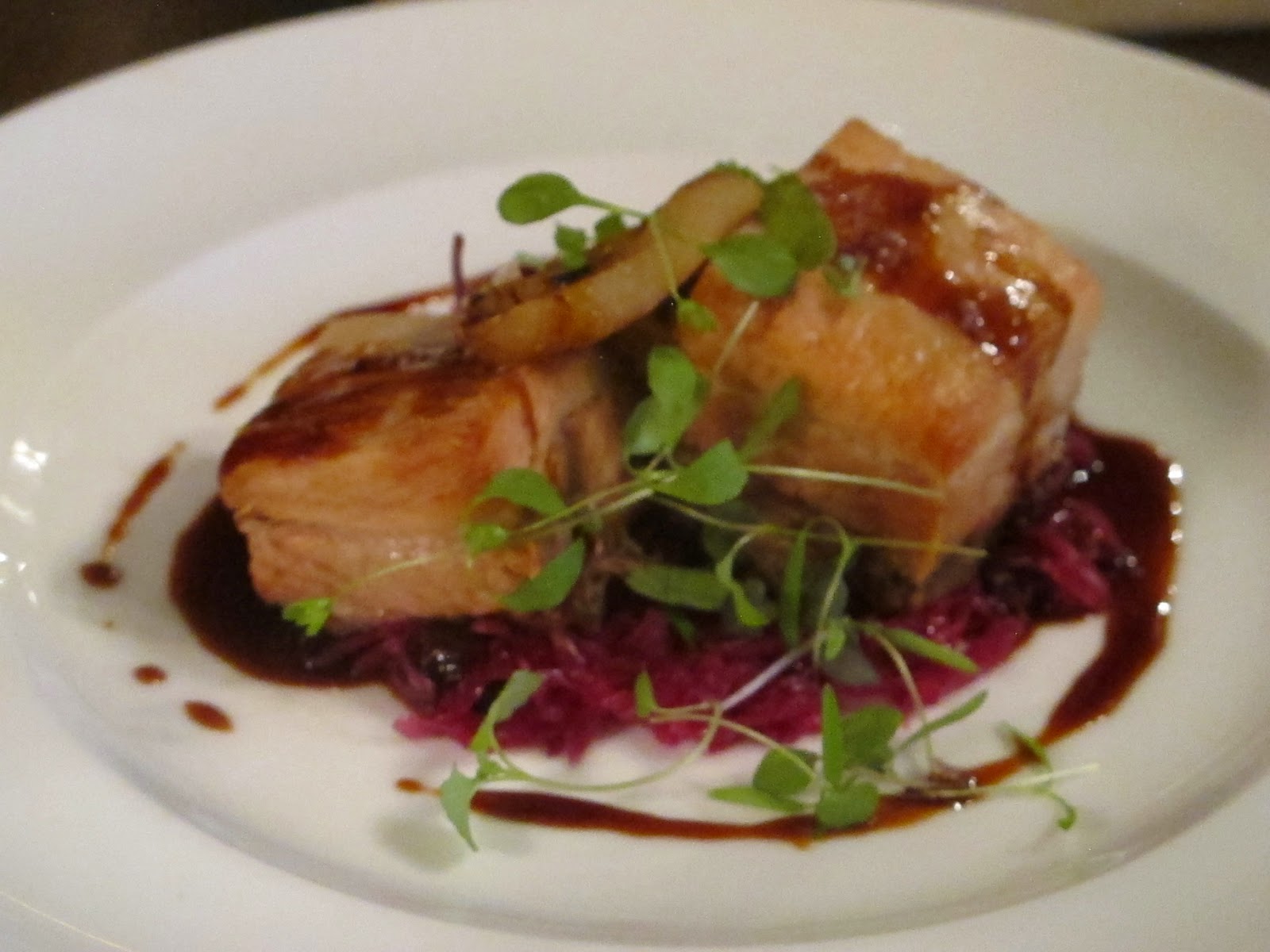 This was an excellent combination. I would have liked a fatter piece of belly and could not pick the extra sweetness that characterizes acorn fed pigs but no doubt they had a lot more to eat than that.
For mains Sandra had a sea food linguini which had a delicious aroma, excellent flavour and good texture although I would have preferred the pasta to have been finer. 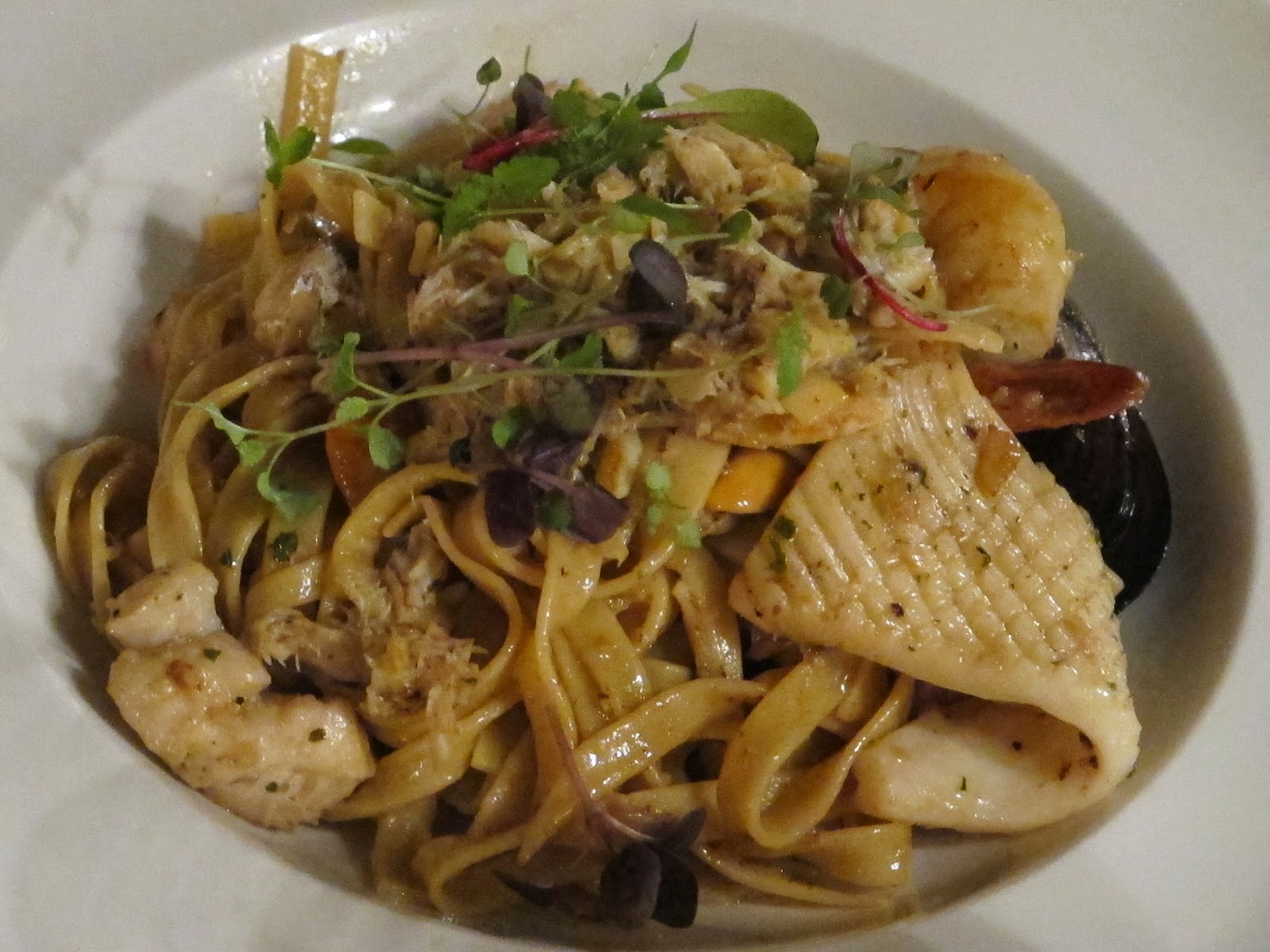 I had a 400 gm rib eye served with smashed roast potatoes, green beans, broccolini, fried onions and a mushroom sauce. 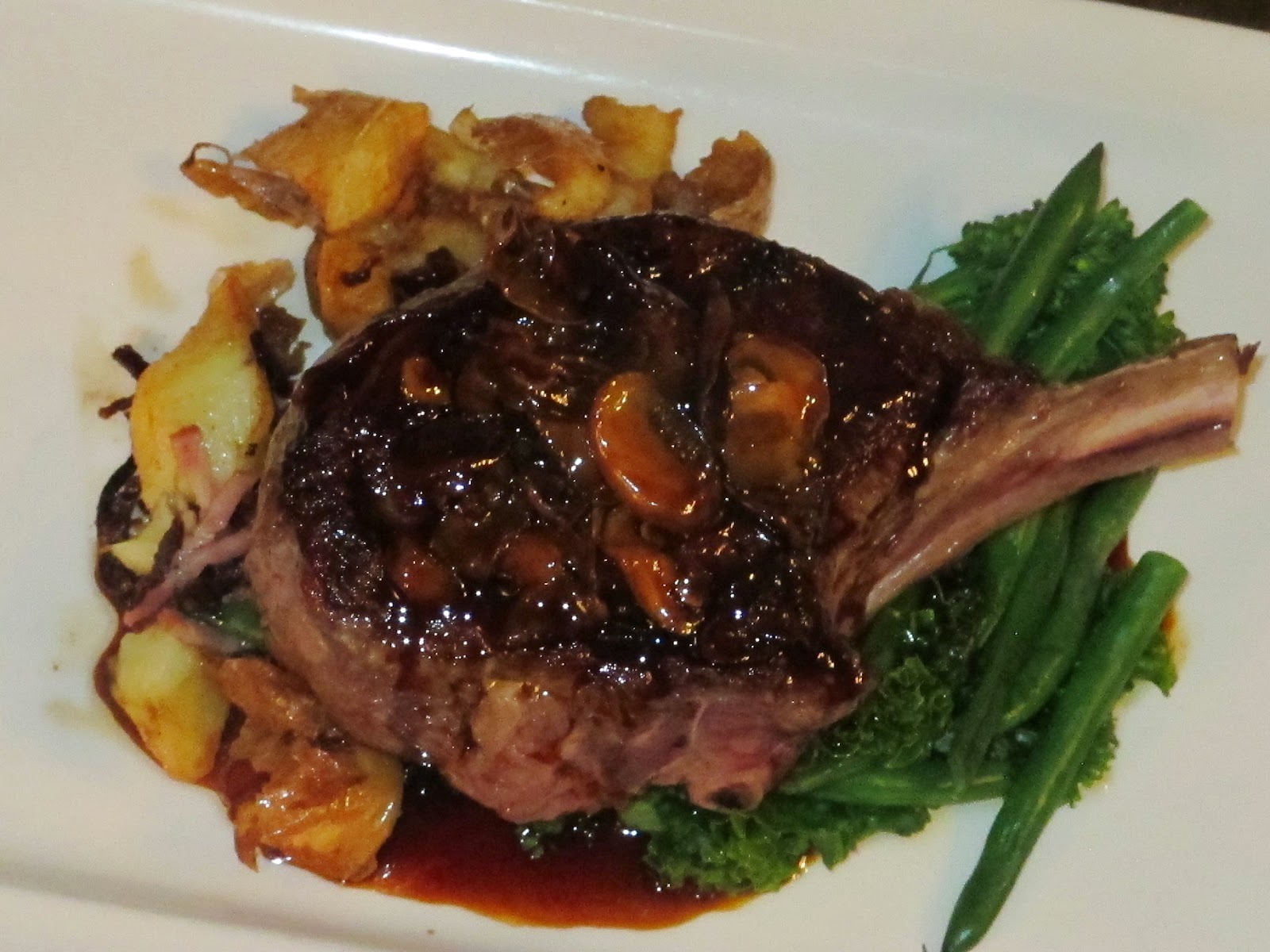 This came with just the right amount of very good wine jus. Unfortunately, assured that it could be cooked blue it actually came medium rare. 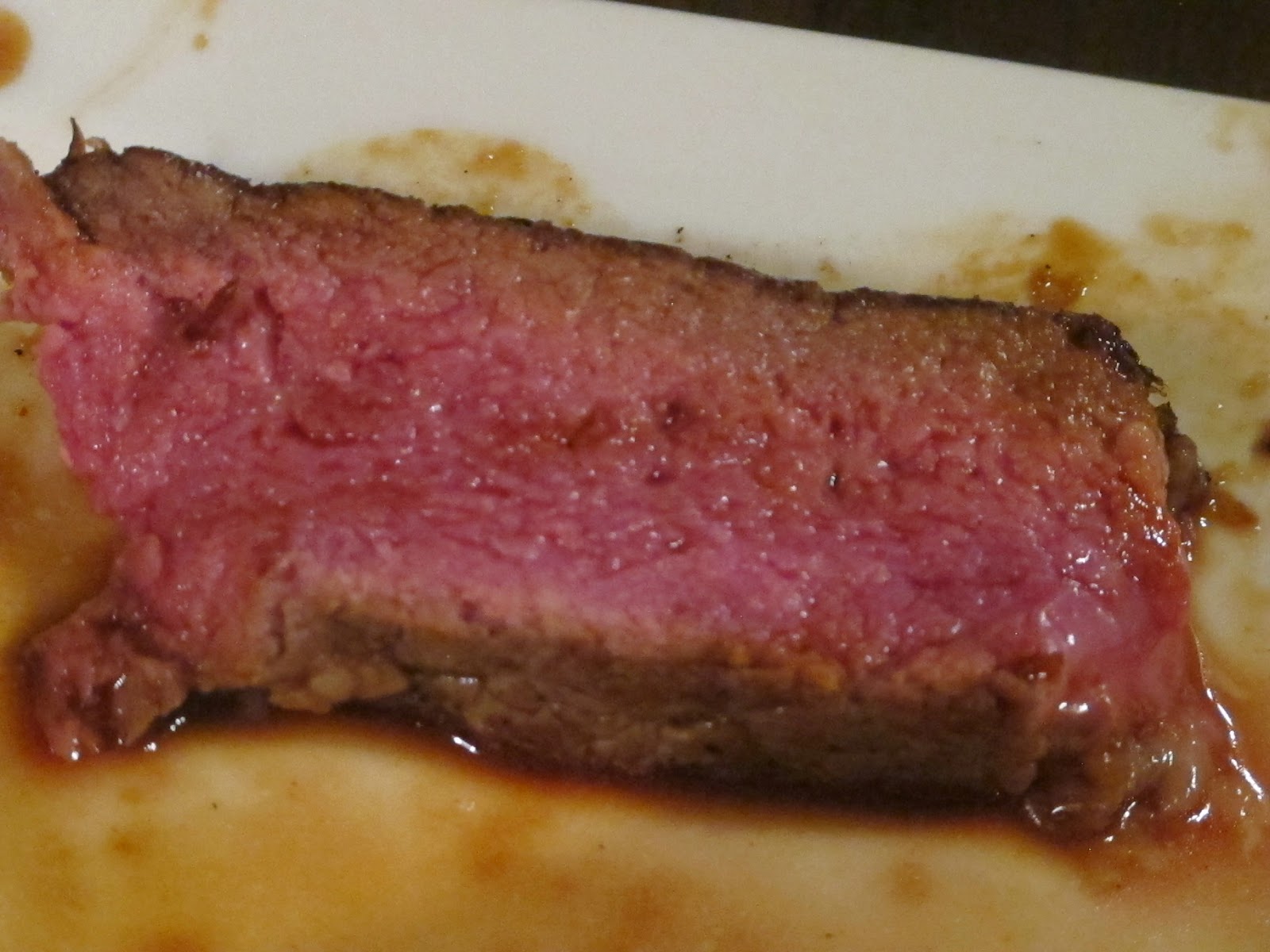 It was an extremely good piece of meat, far too good to waste, so I did not make a fuss about it but merely pointed it out when I was asked. At the end of the meal I found that the manager had adjusted the price, an unexpected and very decent thing to do.
We finished the meal with a crème caramel and caramelized orange. 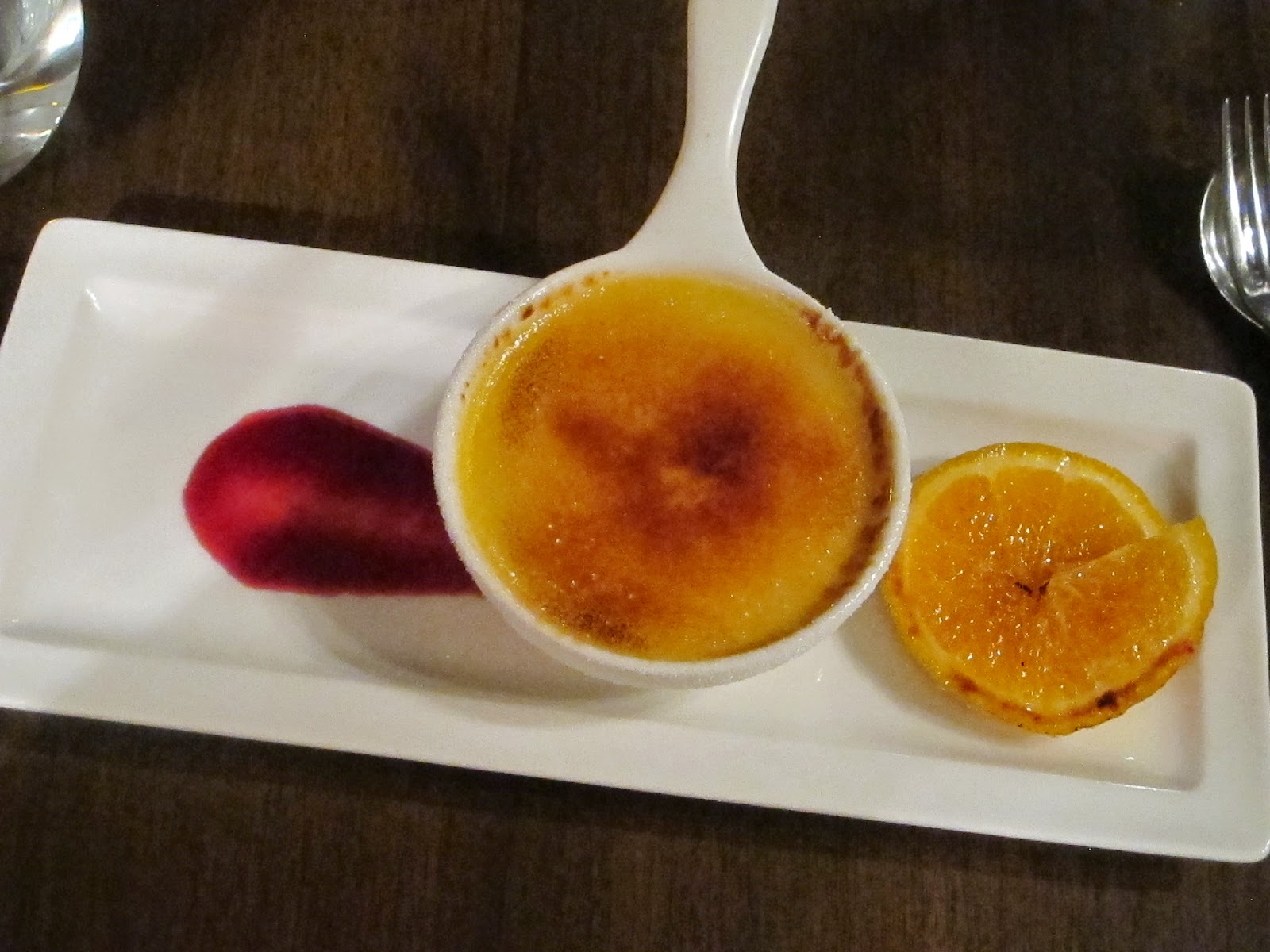 This did not quite hit the mark. It was too soft and tasted a little like condensed milk.
Bavois, the French name for panacotta was more successful. 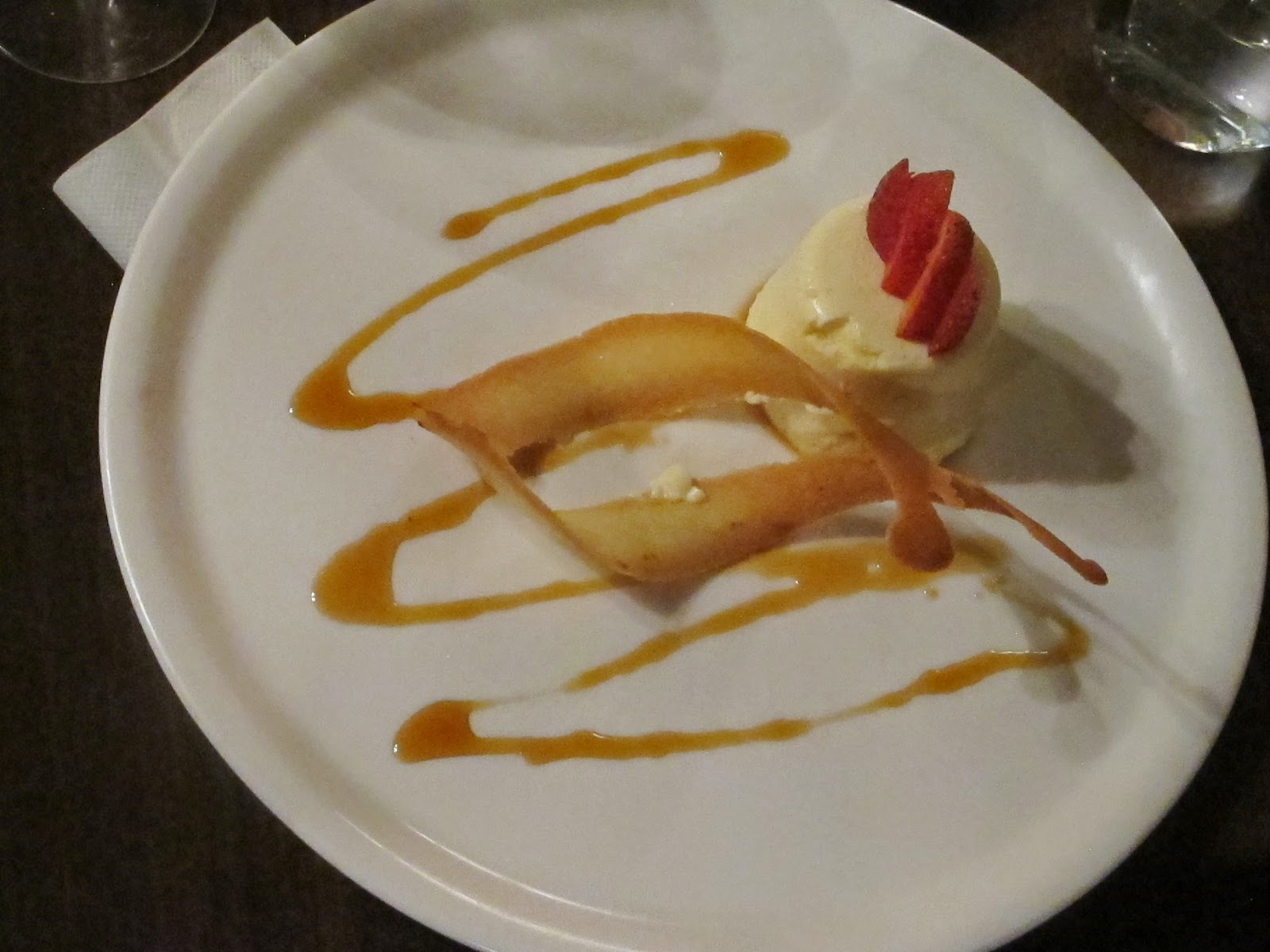 Served with framboise (Almond) and tuille it was the perfect consistency.
I enjoyed a Clyde Park pinot noir while Sandra had a slightly citrusy chardonnay, with apricot tones with her linguini. This is a really nice place,far from perfect but comfortable and gemutliche. I’ll be happy to try it again
Score 13.75/20
Posted by Elliot and Sandra at 12:18 AM