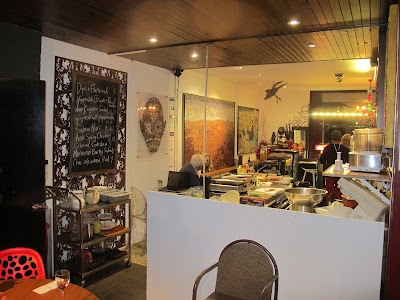 TimeOut published this story, revised on Sept 5, 2012, and we think it fitting that our readers see it. Coincidentally we had a reservation there for Thursday night. They are only open on Thursday and Friday for dinner. Eugene is certainly an unusual fellow and the dinner we had was a little unusual too. When we arrived Mary had her recipe book open making her chocolate dessert, which, if the cake was turned over and removed from its dish, could have been a self saucing chocolate cake. Any way here's the story and we'll tell you about the place vide infra as the Romans used to say.
Meet the man doling out coffee with a fat side of philosophy

.
Eugene Shafir isn’t your typical beardy, bike-loving barista. He’s a web-designer, self-published author and chilli sauce maker, and he only opened Eugenius (café for geniuses) because passers by kept wandering into his machine-equipped design studio at the base of his Prahran apartment and asking him to make them coffee. Which he would do. He’s a nice guy like that.
The arrangement has worked out well. The café, which he runs with his business partner Mary Snee, allows him to display his art collection, sell his sauces and Speciali-teas (his own blends) and drink Bloody Marys with the locals.
It’s a kind of café utopia. Customers vote items on and off the menu. Outside in the alley there’s a ‘Before I die…’ dedication wall, where you can chalk up your life aspirations, while inside, people read, write and chat. It’s a far cry from the pair’s first operation. They used to run Manna café on the grounds of the Toorak Uniting church, but the Lipton tea posse froze them out. “It got a bit too political,” as Shafir diplomatically puts it.
Everything on your plate and in your cup is made in-house. “I blend my own coffee, we bake everything, and Mary has a garden – that’s where we get the silver beet, herbs and so on. She’s obsessed with where things come from,” says Shafir. And so is he.
“I like researching dishes that are named after people – like the Peach Melba, and I had the idea that that would appeal to someone who yearned for recognition.” So he wrote a book: Harvey Shmidlap Seeks the Perfect Cheesecake. It’s the story of a rotund, Polish underachiever. Grandparent-less because of the Holocaust (like Shafir), he is a man singularly obsessed with finding a cheesecake recipe to hang his name on, thus legitimising his shambolic life and ensuring the Shmidlap name will survive him. “On one hand it’s a story about desserts, but it’s also quite deep. It's about the search to find what you want to achieve,” says Shafir. “It’s sweet, but it’s heavy. Just like life. Just like a cheesecake.”

It's a small place, at 99 Hornby St. This strange street has no entry at either end and has to be entered from a side street! The outside wall is covered in graffiti and messages from patrons. 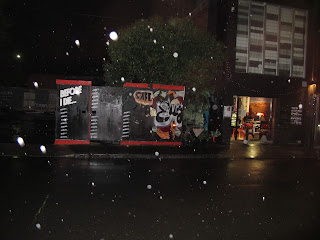 The cafe seat about 20, with an eclectic collection of furniture. Usual hours are Mon to Friday 8am to 4.00pm but they do open for dinner on Thursday and Friday nights. Our table looked like a parquet floor, a return to childhood, chance to eat off the floor again? I liked it as least as much as the floor that Shannon Bennett bought off eBay and imported to serve customers at Bistro Vuem 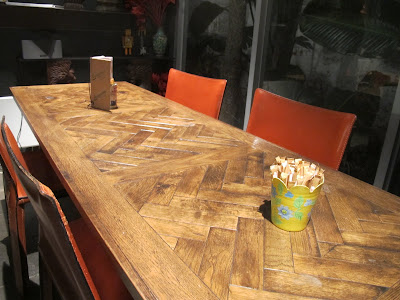 .The place is intensely personal from the decor to the cooking and the service. Where ever you look this is Eugene's place 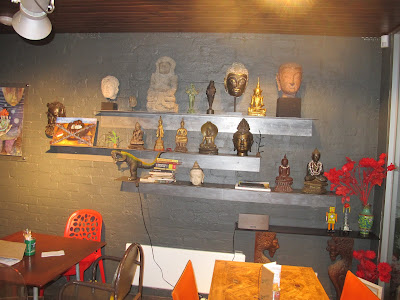 but for the food which his partner Mary is cooking in a very small open kitchen. 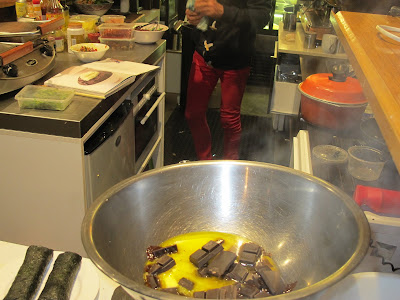 Ambiance scores well created by the dim light and various artifacts. The menu, which was more of a guide than a precise list of dishes available, was supported by a bit of cardboard cut from a box. 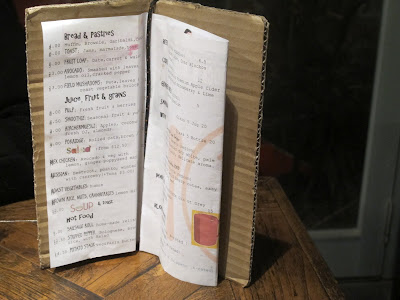 Presentation is not really a strong point  although food is sustaining, fresh and tasty, We had a minestrone 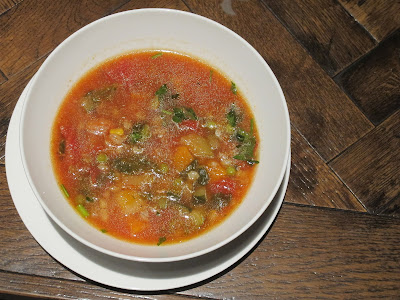 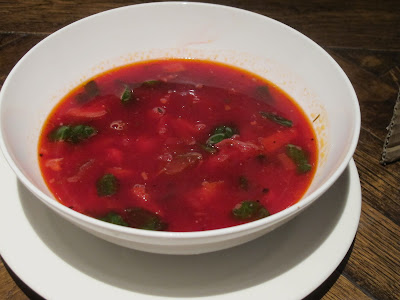 followed by a bruscetta. 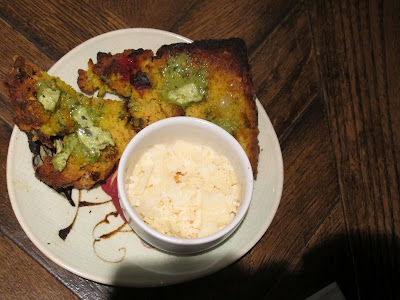 a roast vegetable dish was rather colourful if not elegant. 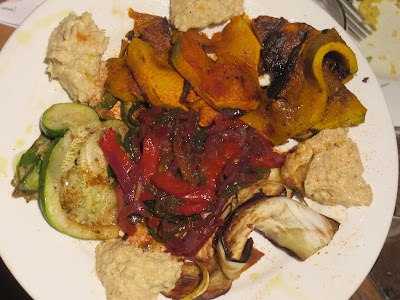 We had several other dishes  including kangaroo and beef 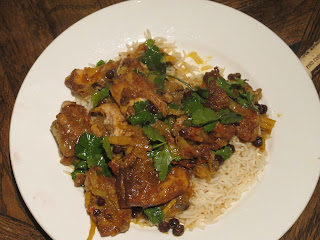 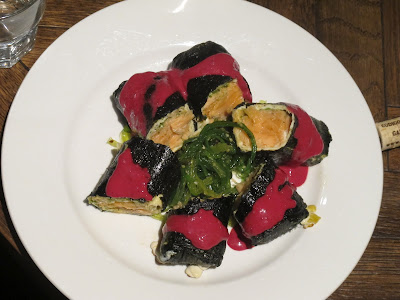 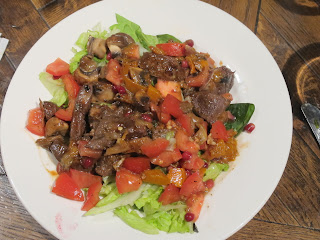 and finished with a chocolate pudding. 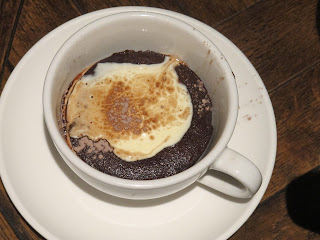 This is an eccentric situation. A small interesting venue run on an unusual business model producing meals akin to home cooking run by a web designer and a business partner who does the cooking. Open only two nights a week we were the only customers. Although only ten days ago I have a vivid memory of the evening but not of the food. I guess we'll have to go again!
Score: 12.25/20
Posted by Elliot and Sandra at 11:23 PM