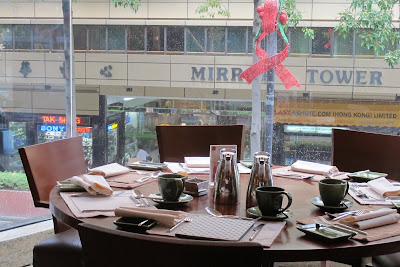 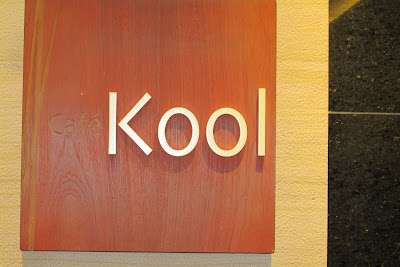 Breakfast at Shangri La's Cafe KOOL, is quite the opposite to its namesake, a utopia, where everything is wonderful, where people remain young and happily live forever. It's not cool, it's chaotic. Lots of people move from tables to food stations and back again and lots of waiters, table clearers and other aficionado’s hurry and scurry about trying to please the patrons. 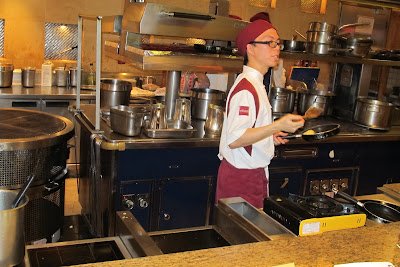 Food is set out in about ten sections. Dumplings with a variety of sauces, 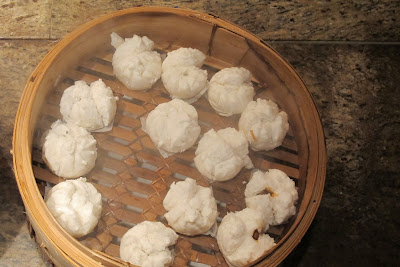 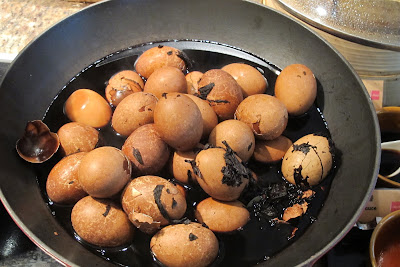 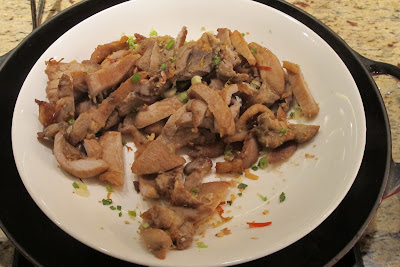 parsnip cakes and so on, a chef cooking fresh noodle soups in chicken or meat broth, a variety of unusual terrines, including pigs ears, ox in jelly, marinated tofu and Japanese pickles,a separate area has sushi and other Izakaya. 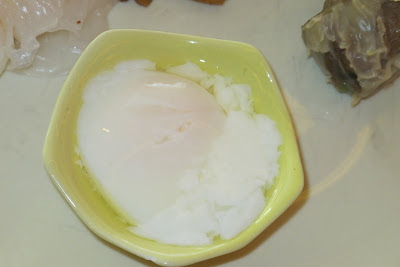 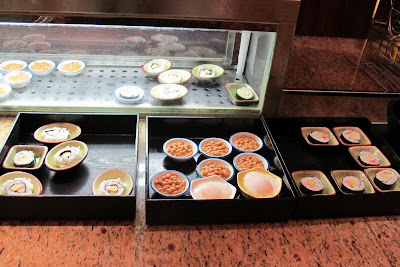 There is an Indian section, next to it a chef cooks omelettes to order, an English breakfast section with hash browns, French toast, sausages, bacon and baked tomatoes is adjacent to that. 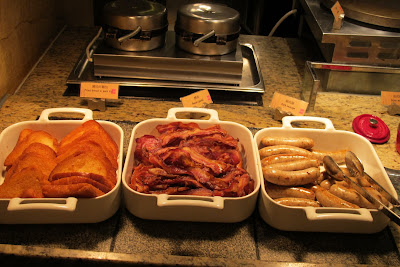 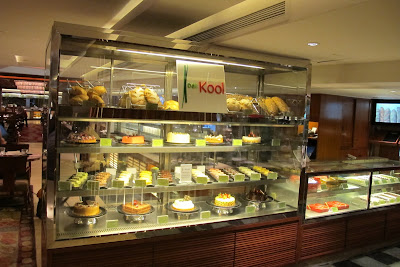 and they also promote a wine buffet where, presumably, you can indulge in a variety of wine until you can no longer walk to the table! 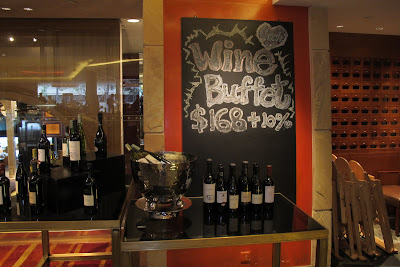 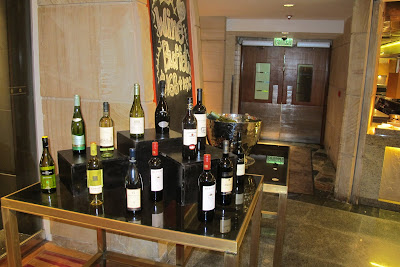 If variety equaled quality this would be outstanding. Indeed some things are very good but they have a lot of deficiencies. Because there is so much food everywhere popular items sometimes run out and it is some time until they are replaced whilst others stay too long and become dry and unappealing. Here, for example, some tired fish. 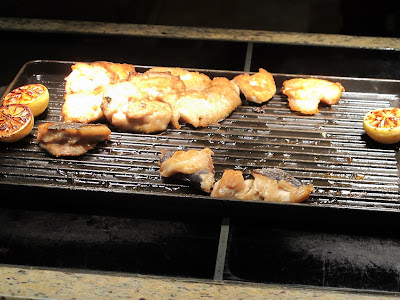 The sliced pork was the worst offender. It is hard to convince the omelette chef not to overcook the eggs. Some of the sushi also became dry and hardened. None of the Danish pastries retained any crispness

It would be an improvement if less of each item was put out at a time and things were replaced more frequently. A table menu for cooked items, like eggs Benedict, would save them lying about too long before being eaten. Here a a few more, not very interesting pic's. 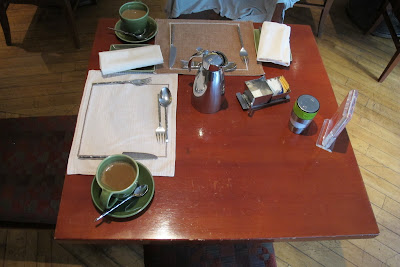 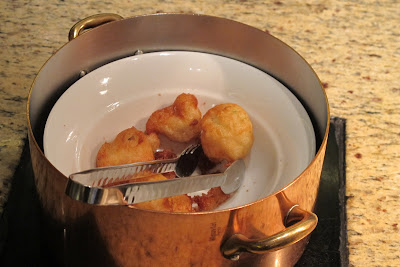 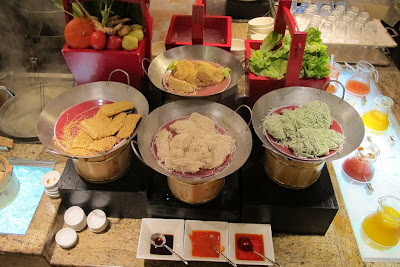 Posted by Elliot and Sandra at 2:57 PM