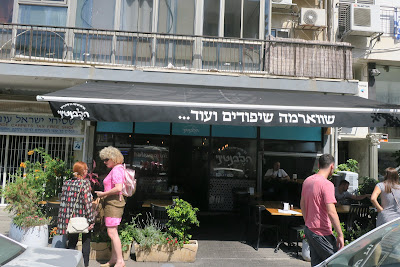 In the heart of Tel Aviv small cafe/restaurants abound. Every few yards there are chairs and tables on the sidewalk 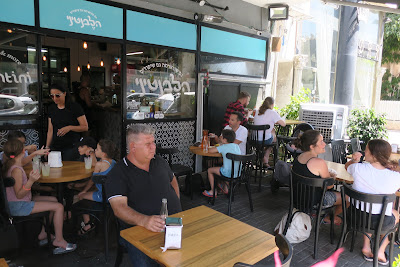 with endless diners enjoying meals.
This looked nice and clean with spacious tables. 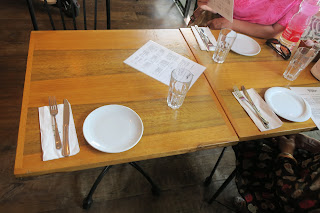 in an open medium size room. 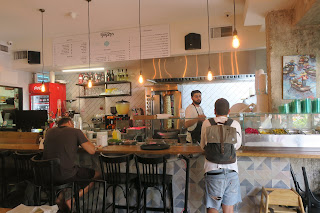 Conveniently menus are in both in Hebrew 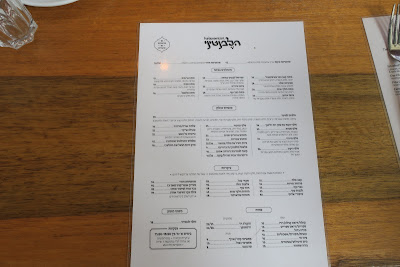 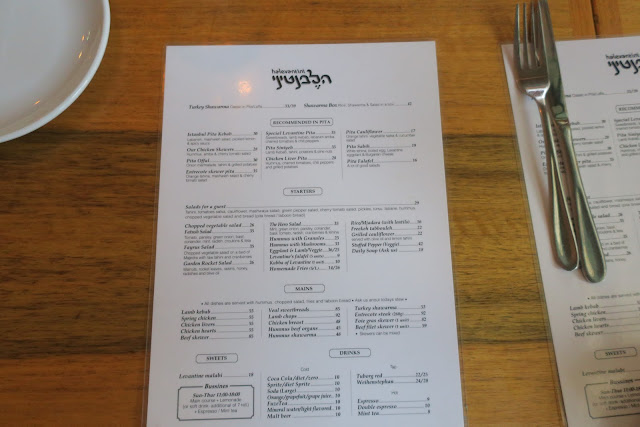 All meals come with a collection of salads and dips and a choice of rice or chips. 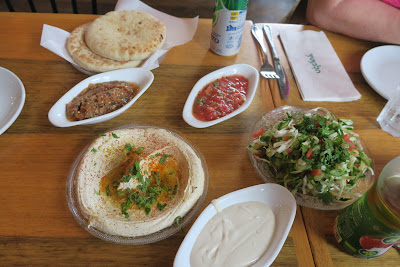 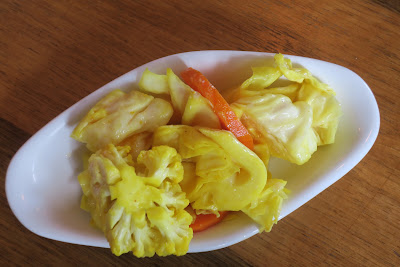 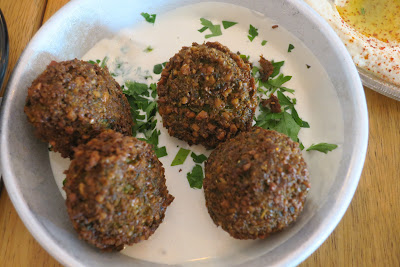 I suppose there are others but I don't know of them, where you can get a shashlik stick of Foie gras d'oie plus half a dozen side dishes for less than A$40.
Foie gras is a luxury food item. It is the liver of a duck or goose, especially fattened by force feeding large amounts of corn through a funnel pushed down the birds throat, a process called gavage. It is controversial with animal rights advocates claiming that it is cruel and it is banned in Australia. At the same time in France it is protected as part of the cultural and gastronomic heritage of the country. It has a very long history, dating back to Egyptian times. More recently, in the 17th century, Foie gras production was developed by Jews in Alsace. France continues to be by far the biggest producer in the world.
Here, in Israel, one finds it on the menu at many small Turkish, Arabic and Israeli restaurants. On the menu here we were delighted to have it. 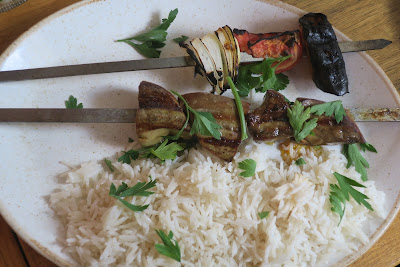 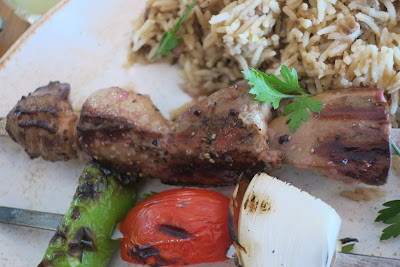 Cooked for only about 20 seconds on very high heat it was superb. The rich, buttery delicate taste is as much a sensation, a feeling, as it is a flavour. A mouthful of luxury.
Sweatbreads are usually from the pancreas, other glands also qualify, and are rarely served in Australia except as a small accompaniment to a main dish. Here they were available as a shashlik. 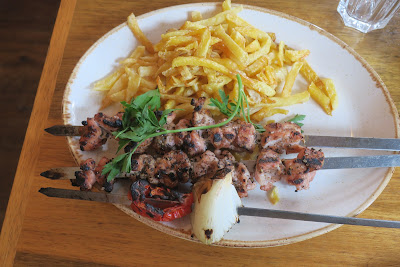 This was not a dish to write home about. The sweatbreads were overcooked and lacked any delicacy and the chips were oily and unappealing. A skewer of barely cooked, grilled vegetables didn't do much to help.
Beef shashlik was tasty but tough. 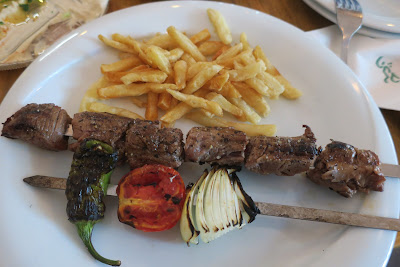 I asked for it to be blue and the waiter turned up with two beef shashliks with no idea which was which so they took it back and made another, and it was blue!They also have vegetarian dishes, for example this bowl of rice with lentils. This near tasteless dish was rice covered with a cucumber salad. 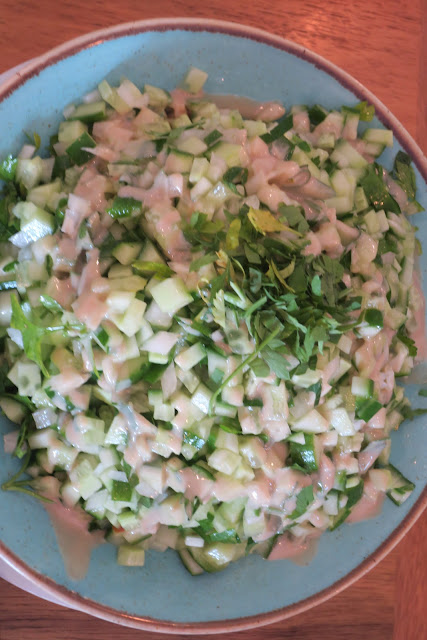 Things like this make me glad I'm a carnivore.
We finished our meal with Malabi, a sort of Middle Eastern version of cream brulée. 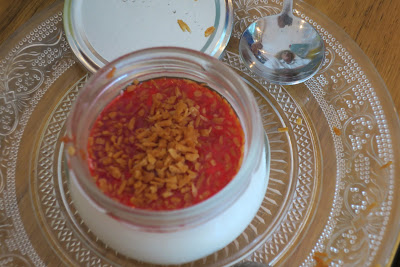 This is supposed to have a special taste from the milk that is used but this one was more like a sweet custard.
There was nothing special about this restaurant except for the Foie gras but that was out of this world.
Score: 13/20