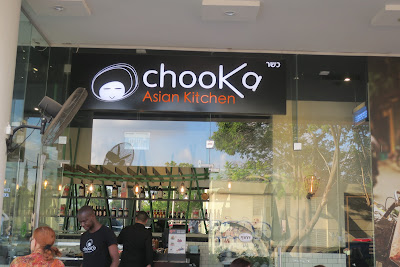 We felt like a Chinese meal and our host suggested this franchise. It's an open air place with one table inside. There's an open suchi bar at one end of the room, 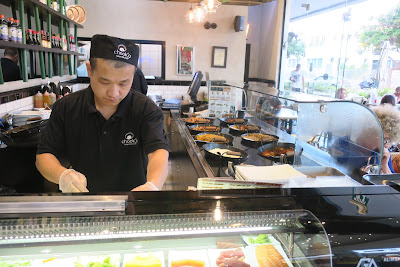 where suchi are made to order, 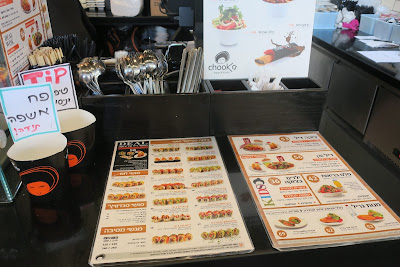 and a counter with eight wok style pans of food - sweet sour chicken, 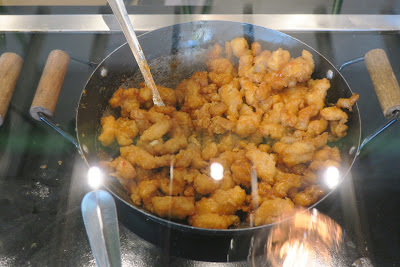 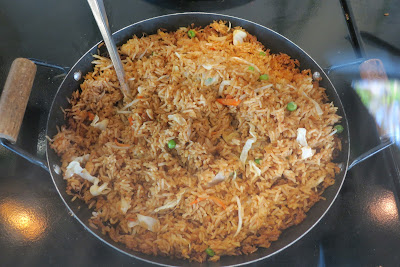 beef with vegetables a vegetable dish of peppers, 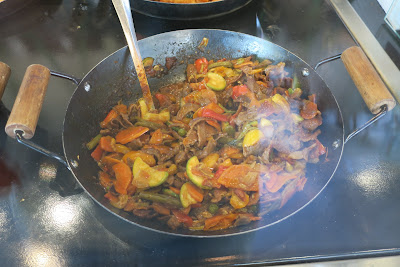 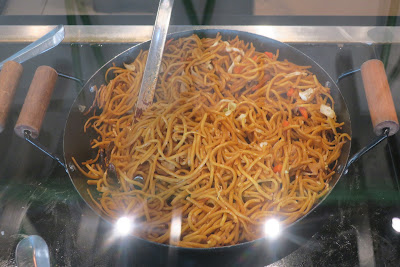 They offer a meal deal, one protein serve and two others, a soup or spring roll 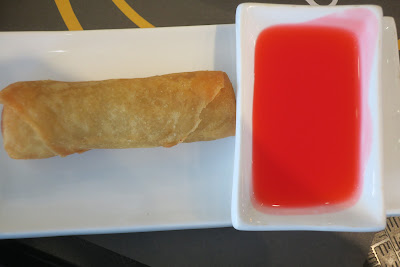 and a non alcoholic drink for about A$20.
The place was hot, no air conditioning, and noisy. The guy who served was very obliging but there's not much more that we could say about the place. The only distinctly Asian thing about the place is the name, or at least the sub title. Perhaps the sushi was OK but we didn't have that.
The photo's of the food do not look particularly attractive and it didn't look or taste any better on the plate.
At least, as the three letters top right tell us, 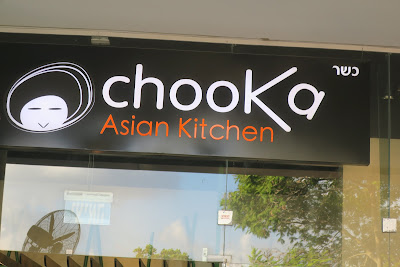 it's kosher. MSG doesn't get a mention, they've probably never heard of it.
This would have been the worst meal I have eaten since I did National Service in the army 60 years ago.
Score: Anything would be too much.
Posted by Elliot and Sandra at 3:47 AM