We're pretty lucky people. We've eaten at eight of what are regarded as the top 50 restaurants in the world - some of them several times. Furthermore we've also eaten at five of the next 50. We have not been to Attica for a while, currently ranked 33, (32 in 2014 and 2015) Last time I went Sandra was unwell and could not join me. Not so this week.
A lot of the old favourites have gone and it is largely a new menu. Not only is the menu new but also the dining area has been renovated with a thick black carpet and light, more homely walls. 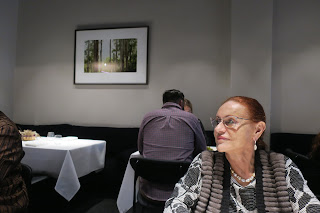 There is also a new partition and bar all of which help keep the noise level down. 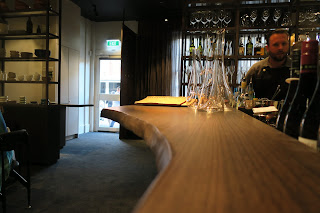 The menu has an Australian emphasis not only with the meats, pork  jumbuck (lamb) kangaroo marron features too, and also with exotic fruit such as quondong.  The menu, which is available on the internet, is not informative. Even the pic's do not come near to doing the food justice.
Here are the dishes we had. 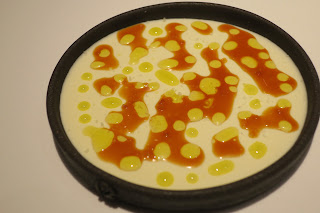 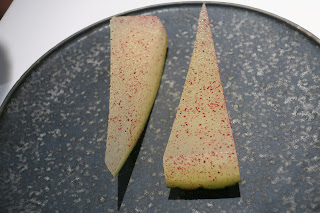 Another surprise, the melon had been marinated and became semi translucent, very sweet and firm.
ETTNB 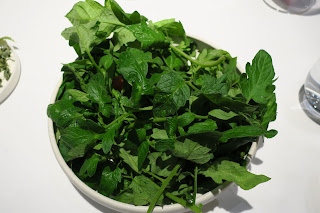 Hidden in here was a small tomato with a little flavouring - I don't think it was an errant bug!
Smashed Avo on toast 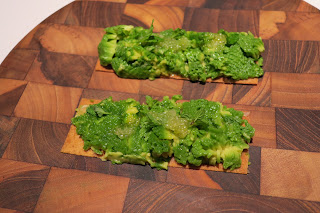 About what you would expect.
An imperfect history of Ripponlea 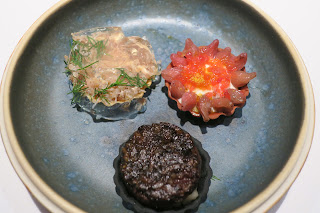 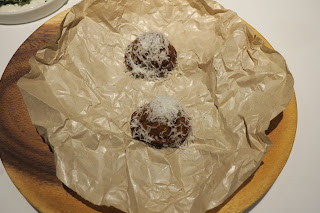 Tasted like vegemite too but not oppressively.
Chewy carrots 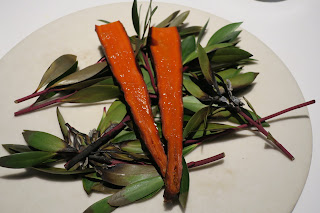 As promised with a beaut. avocado dip 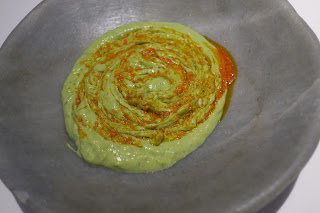 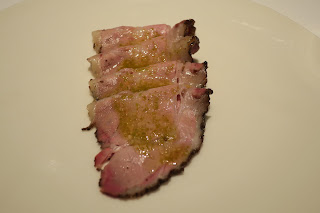 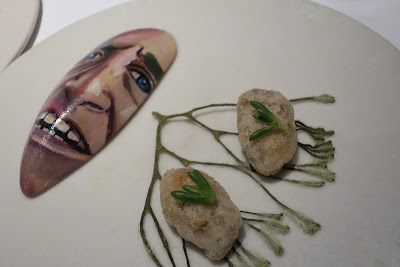 An old favourite.
Beef on the Bone 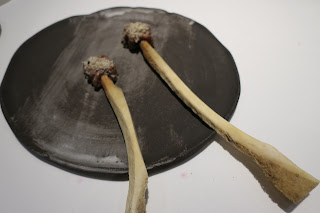 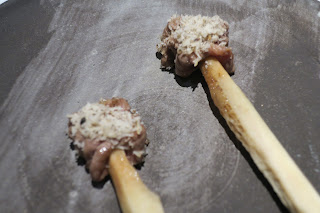 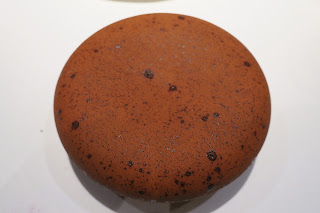 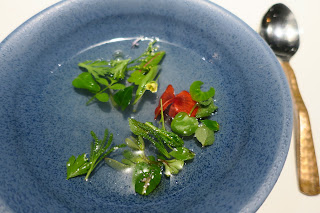 A very clear broth but the flavours were bland.
Those were the 'small tastes' 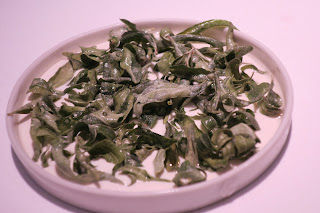 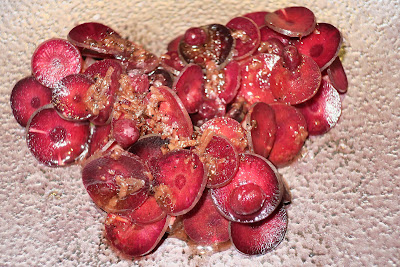 All parts of the pumpkin 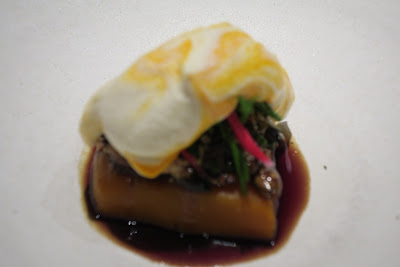 A poor pic of pumpkin cooked in a variety of ways with crunchy pumpkin seeds, and (I think), sunflower seeds
Marron and grilled lettuce 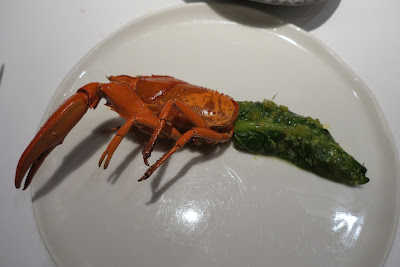 The marron tail was under the lettuce. 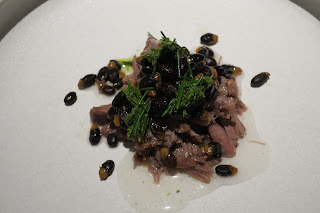 I don't mind if things don't taste what they are to but this didn't taste of anything except it had the texture of stringy meat - my least favourite dish of the night.
Backyard spider 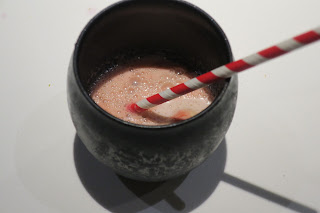 A sort of spider.
Pineapple and anise myrtle
This was cute.
Little cones made up of long thin strips of apple curled around a dob of yogurt, flavoured with tiny crunchy balls of finger lime, 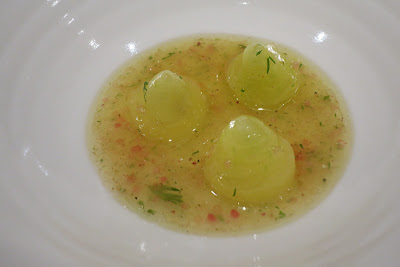 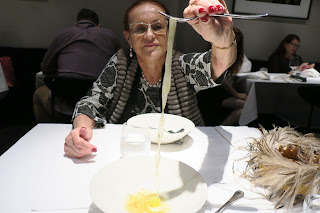 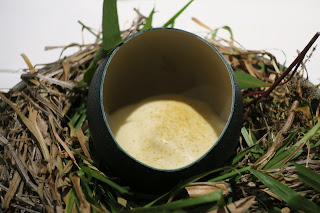 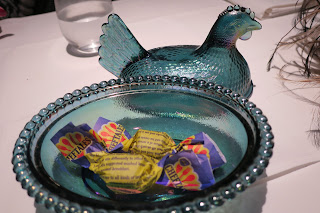 A couple of fantales, presented in a glass chicken, with quizzes about chefs.
All the early dishes were unusual, stimulated interest in what was to come and very enjoyable. the kangaroo the lamb and the pork were a bit disappointing.  there was an emphasis on citrus on to many of the dishes which also detracted from the quality of the meal. Desserts looked nice but the emu egg was a bit pedestrian.
Nevertheless a vey good meal.
Score:17.75 /20
Posted by Elliot and Sandra at 12:55 AM