Introduction: A few years ago I stopped going to this Japanese restaurant at 280 Glenhuntly Rd because the service was so poor
Ambience: In a long room the aging square wood surrounded black top tables and paper napkins combine with the black uniformed waiters to give one the feeling of a Japanese restaurant
Service Very busy on Saturday night at times the waitress were running between the kitchen and the patrons A request for wine glasses and water produced nothing after 5 minutes and a second request to a second waiter also resulted in nought after a further 5 minutes. When a third waiter arrived at the table we refued to order until the original request was met.
Food: A mixed bag. The small dish of pickled bean shoots was as usual an enticing start
We tried three entrees - the spinach in lack sesame sauce ($5) was very tasty
Spinach 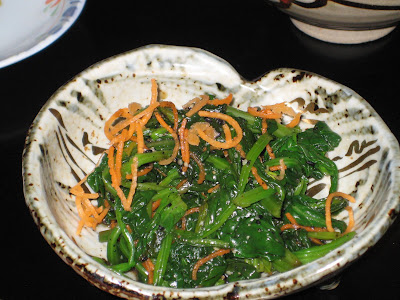 The Eggplant stuffed with chicken mince was cooked to a perfect consistancy but needed some spice, perhaps even salt!, 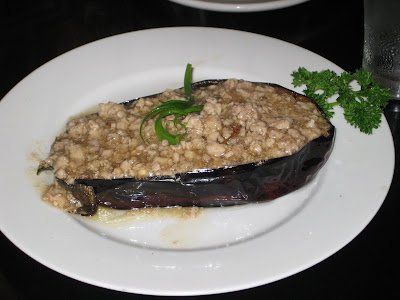 The six small tuna sushi rolls were totally tasteless and the seaweed roll was dry and tough. A quite tasty seafood udon soup to share came with two bowls but only one spoon! But unfortunately the tempura had been put into the soup making the batter, which was too thick and heavy anyway, completely soft destroying the textural pleasure of the dish.
The whole deep fried barramundi was crisp and enyable when I gave up aspirations of eating it with chop sticks 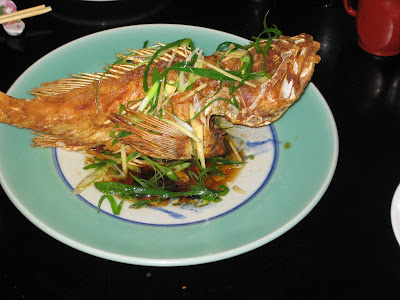 Red bean icecream was a nice finish to the meal 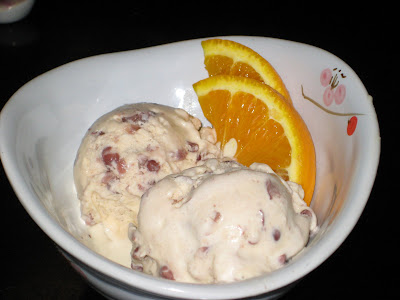 Wine: Unless you want Saki BYO at $1-50/person is the best option
Price: Relatively inexpensive
Comments: You get what you pay for. The mlack of service irritated me so much that I wil not be back for a long time and the food, which was just a little better than OK could not make up for it
Score: 12/20

Posted by Elliot and Sandra at 1:56 PM