Introduction: At 22 Beatty Ave Armadale under new owner, formerly from France Soir, this seems an unlikely place for a French Bistro style restaurant
Ambience: Very much like France Soir this narrow room with a small bar at the entrance seats about forty. It's not elegant and not bustling like France Soir but it's just as noisy. The walls are decorated with scarves of soccer teams from around the world (including one celebrating Melbourne Victory's 2007 premiership)
Service: Our late reservation - 8,45pm could still not be accommodated 'till 9.00 when a couple of tables had been vacated. The pressure on the waiters and chef had lessened by then and we were attended to in good time. Requests for information were met with good explanations both in regard to items on the menu and queries about some which are not served there e.g. frogs legs
Food: The menu, which was inherited from the previous owner, is very limited with only about 6 entrees and 6 mains. Fortunately it's quality that counts and here Chez Bob was outstanding.
The Mussels in a chilli sauce were a little hotter than I would have liked but did not damage the taste buds.
The lambs brains with spinach in a well spiced lemon butter sauce were beautifully prepared. In a thin crisp crumb casing they retained their structure and there was not a hint of membrane. Fantastic dish. 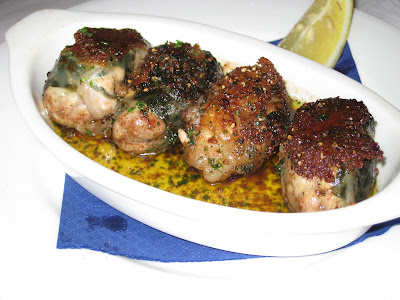 The Duck was also outstanding with a fine blending of sour cherries and the chestnut paste the combined to give the best possible taste- just the right degree of sweet and sour with both the cherry and the chestnut taste. 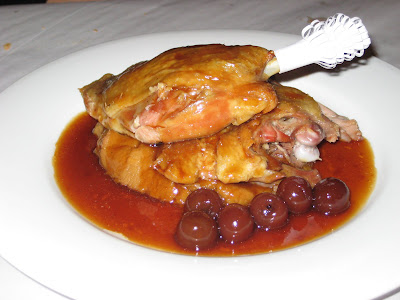 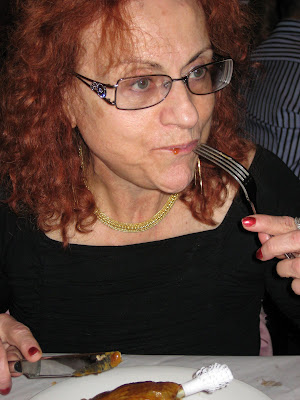 Superb
For those who like such things the Pigs trotter with Sauerkraut was also excellently prepared and combined well the sauerkraut acting as a palate cleanser for the very rich trotter. 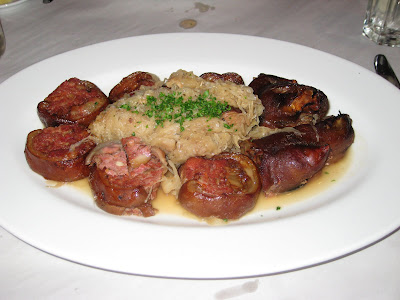 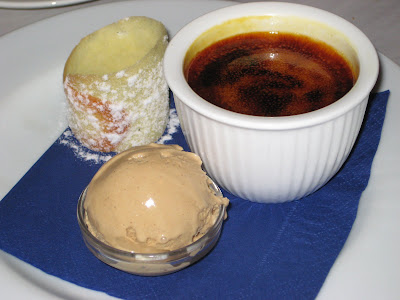 Wine: Still part of the inheritance almost all the smll list is available by the glass or bottle at reasonable prices. BYO wine Corkage $8/ bottle

Posted by Elliot and Sandra at 9:03 AM