This restaurant is attached to the very modern one year old Prestige Hotel in the heart of the old city. It is one of five restaurants with Michelin stars here.
It occupies a long L shaped room with an elaborate painting and live greenery at on end 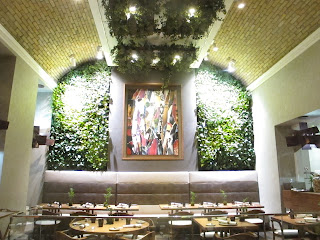 and an open kitchen at the other end above which is a very sensible statement. 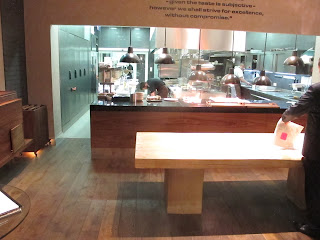 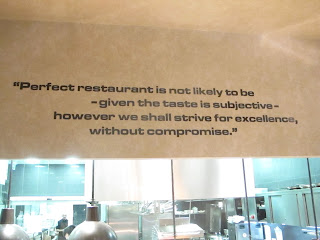 x
Generally the decor is simple. 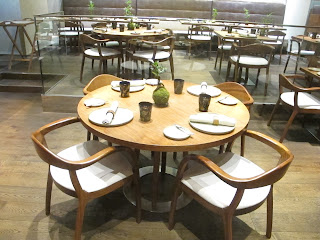 as are the table settings. 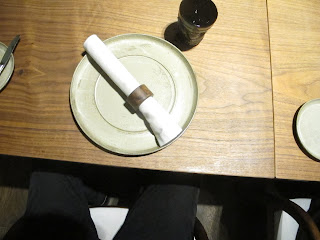 They offer both an a la carte menu and a variety of degustation menus including a chef's surprise which we chose.
After a bowl of crisp chips made from egg white and flour flavoured with parmesan and squid ink 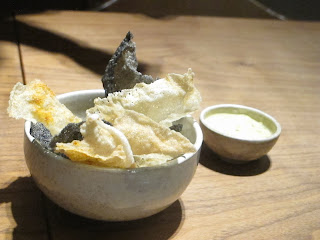 and an amuse bouche of smoked tatar with white and black quinoa, tomato and parmeson. 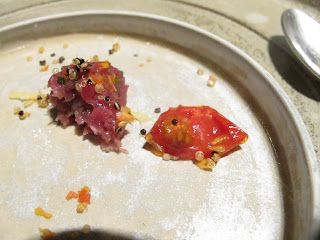 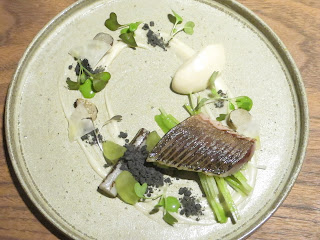 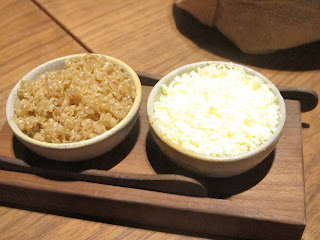 Carrot and ginger soup with roasted carrot and cashew nuts 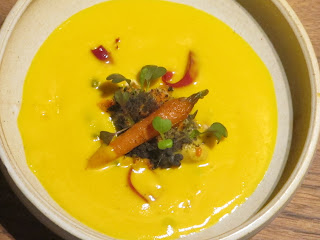 had excellent flavour but was a little too thick for a soup.
Quail, with parsnip three ways, chips, puree or in rounds and Swiss chard two ways 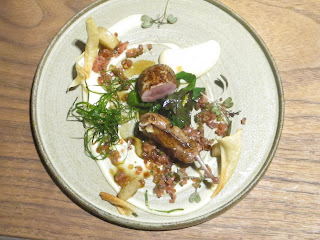 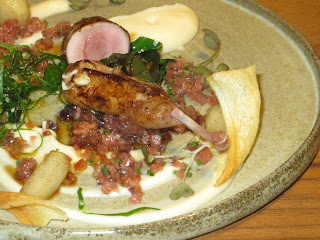 was another super dish and usually I don't like parsnip!
This was followed by perfectly prepared rib eye with Jerusalem artichoke puree, bone marrow, mushroom and cabbage which might sound strange but was delicious in a light gravy, Unfortunately I did not take a snap of it.
A pre dessert was enough for us and we skipped the dessert. 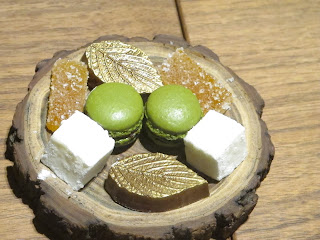 As they said taste is subjective so you cannot have a perfect restaurant but here the food was attractively presented and extremely good, the products fresh and served with variety in a pleasing ambience and the service attentive. For me the seasoning was a little bland on a couple of dishes so it would not offend any palate