We came here a couple of times soon after Scott Pickett took over the place with his mate, the extremely well traveled and well qualified Ryan Flaherty. 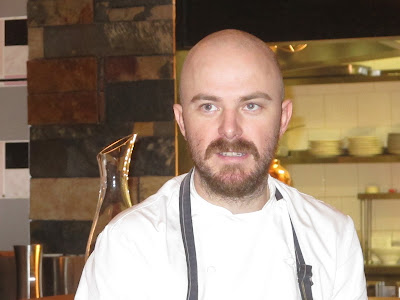 Whilst not overboard on the modern trends in cooking the influence of places that Ryan has worked at, such as The Fat Duck, El Bulli and Arzack has helped make The Estelle one of the hidden gems among Melbourne suburban restaurants.

They put on a particularly fine meal for the Chaine de Rotisseurs last week which was accompanied by an outstandingly well matched set of wines mostly purchased from Prince Wine store in South Melbourne.

On arrival we enjoyed a NV Andre Clouet Champagne 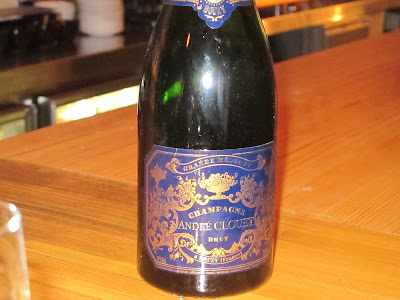 with an entrée of puffed veal tendons with a caramelized onion cream and a pressed melon wrapped in what looked like cellophane but was actually an edible film, yoghurt and basil. The tendons had the cruch of prawn crackers and the taste of veal which was not diminished by the gentle onion cream. 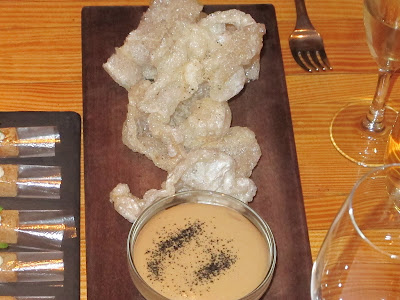 The melon a, surprise packet, was another technical triumph like a fruity little sweet. 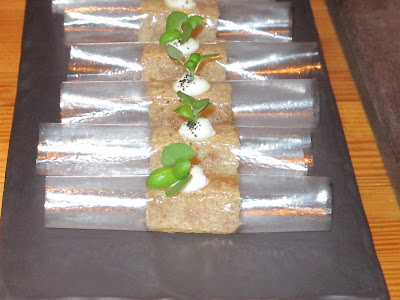 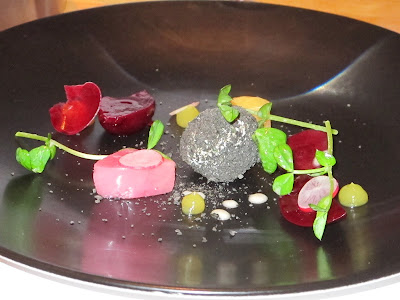 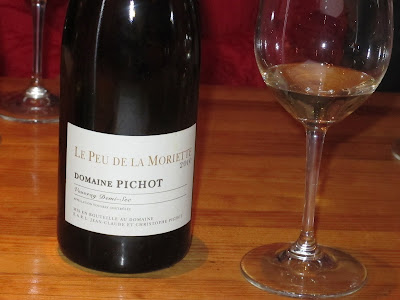 A second entrée of smoked eel, carrot and camomile came with a sweeter 2010 Robert Weil Rheingau Reisling Trocken with a pleasing indefinable minerality. The eel was so very good I could happily have had several serves. 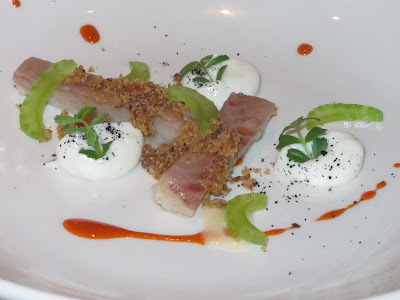 Rock flathead, caramelized cauliflower puree, pickled mushrooms and beurre noisette with capers and raisins was a little disappointing as the fish had been cooked through and had lost the juicy succulence that marks it at it’s best. 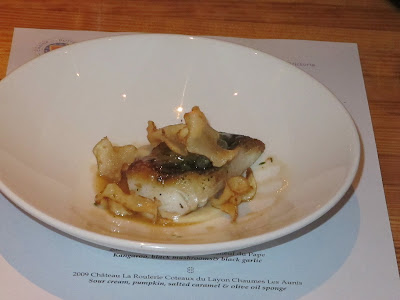 The 2010 Jean-Marc Pillot Chassagne Montrachet was very dry with a buttery acidity, a fine accompaniment. 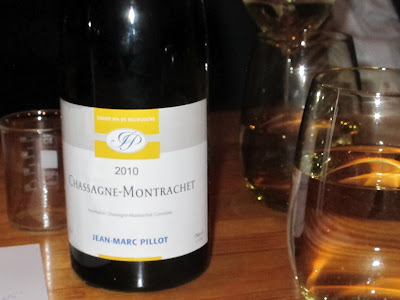 The next dish was outstanding. Suckling pig, nettles and apple was truly to drool over. 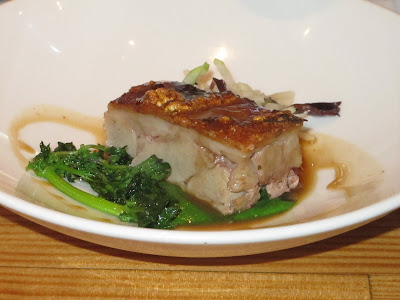 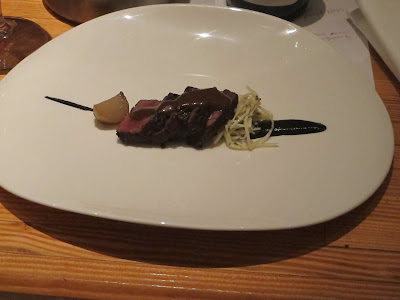 was the wine of the night although it scored a mere 94 Parker points. Dessert, sour cream, pumpkin, salted caramel and olive oil sponge while pleasant was unexceptional. 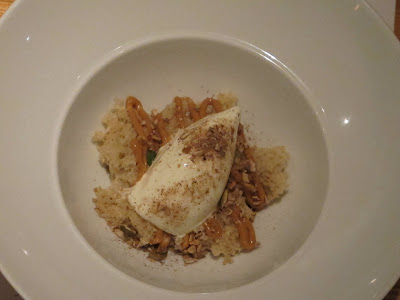 The 2009 Chateau la Roukerie Coteaux du Layon Chaumes Les Aunis was quite sweet without being cloying.