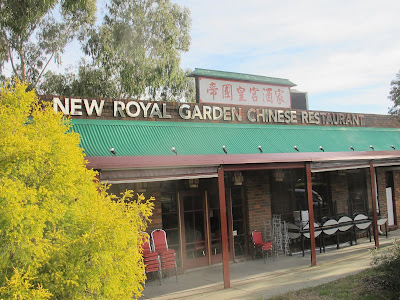 We have been told, on somewhat unreliable evidence, that the average restaurant that opens today has a 50% chance of being closed within 3 years. Certainly we hear every week of new places opening and not so old ones closing. It does means that a heap of people have lost their jobs and often quite a bit of money too but for the average diner this means as much as last weeks newspaper. Imperial Kingdom, in Mt. Waverley was not one of those places that open and close, for us it was an institution serving one of the most extensive Yum cha’s in Australia with a selection of close to 150 different dishes. The a la carte menu was also extensive and they did some dishes magnificently, especially their coral trout with ginger and shallots and their lobster on noodles. We were very sorry to see it go but if one door closes another opens. So we trotted further down Blackburn Road to the corner of High St. to the not so new New Royal Garden. It has a different atmosphere to Imperial Kingdom but it shares one important thing, good quality, well prepared fresh food and a good variety of it.

This venue has a clean and open feeling to it once you get past the narrow bottleneck at the cash register. The Emperor Shi Hong, who was quite a nice fellow and only lasted a year or so in the 4th Century, looks down on the scene. 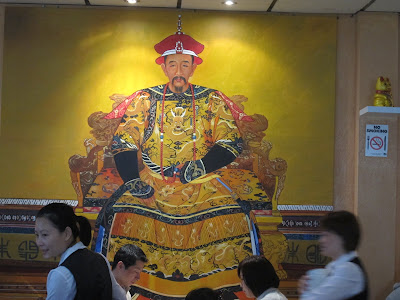 Abalone, three nice size examples, just cooked, presented on their shells were both tender and chewy, a bargain on special for $10. We shared a crispy skin roast squab as a second entrée. The bird had been quartered and was also presented with it’s head on the plate! A crab and sweet corn soup was very delicate with lot’s of crab, including a few bits of shell. Sweet and sour prawns in batter was balanced, the sauce not too thick or gluggy nor too acidic, the prawns fresh and firm and the batter crisp. Finally a signature dish, stuffed scallops where the flavour of the scallops was enhanced by their aroma which was released as soon as the first bite was taken.

We also came back next day for yum cha which was quite excellent. Trolleys come by constantly filled with a great variety of dishes. Here a some we did not try! 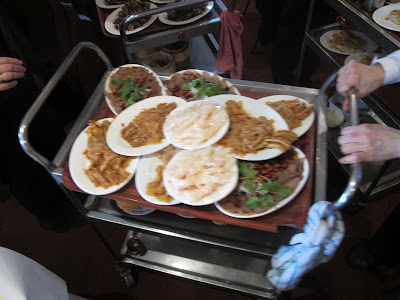 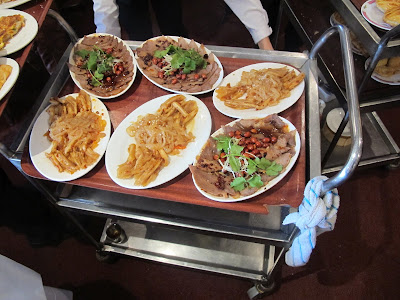 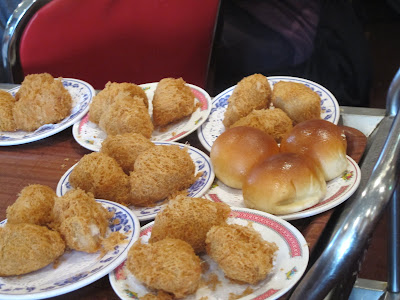 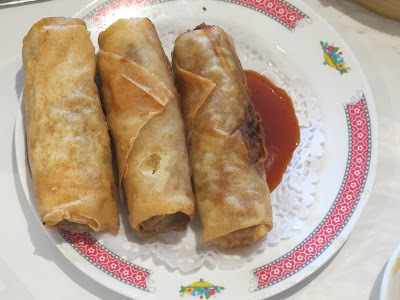 Fried dumplings, gyoza in a Japanese restaurant, were a good size and no complaints about the taste. 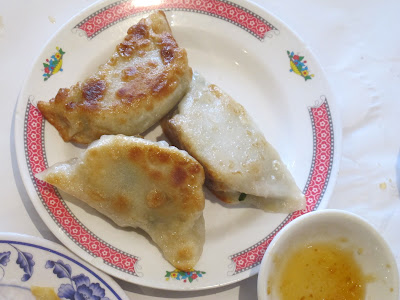 Oysters, stuffed with meat and cheese were excellent. 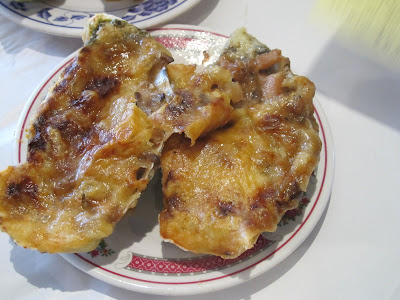 The finest dish for us was crispy skin roast duck. It may not look much in a casual pic like this but it was extremely tender and had a wonderful taste. 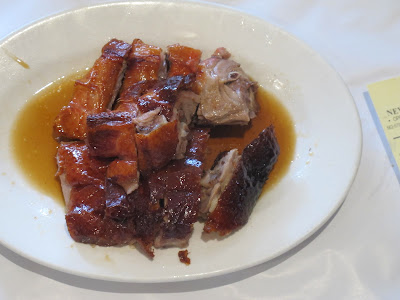 We also especially enjoy steamed dumplings. Their delicate pastry was light and silky and were well filled with a variety of meat and seafood, especially prawns and scallops which were as good as they get. This small selection on our table also has a super chicken pie, lower right, with extra good pastry and filling. 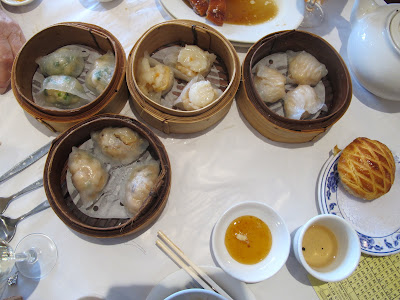 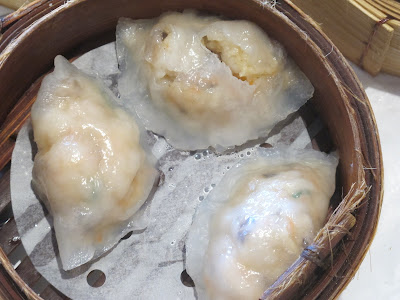 We have a general preference for steamed rather than deep fried dishes. 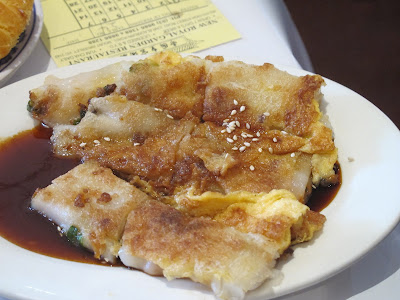 Another outstanding dish is the custard tarts. We can never finish a meal with out them if they are available. 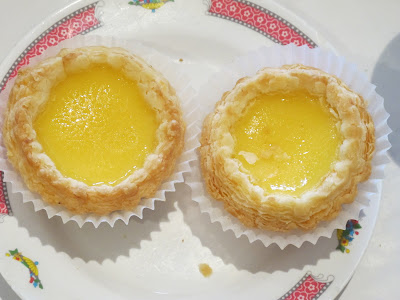 You can go to a lot worse places than this and pay a lot more for the pleasure.

Posted by Elliot and Sandra at 6:56 PM