We were all set for a great night. The sun was slowly setting leaving a colourful backdrop to sillouhetted buildings. It was very inviting. 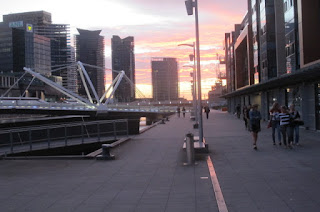 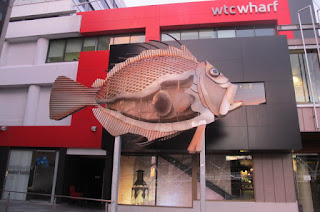 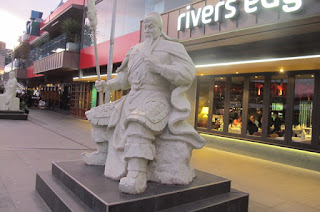 No doubt we had come to the right place 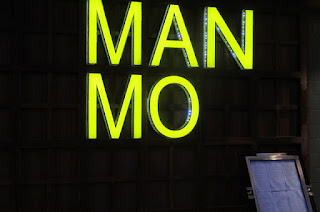 They have a modestly priced wine list with a bit of everything. Wishing to try before we buy I asked for a taste of a pinot that they also sell by the glass. Nothing wrong with it but no one liked it. I chose another. Sorry, the manager has a policy and will not permit more than one wine to be tasted! They were unbending which we all found extremely irritating - who wants to buy a bottle blind and find it unappealing so guess what we drank beer! 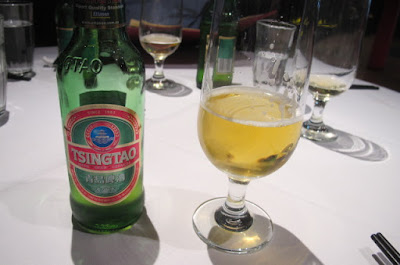 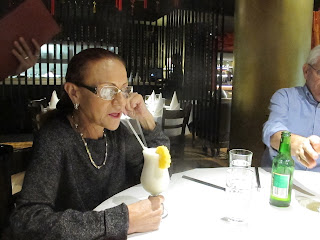 We went for a selection of entrees starting with short soup which was not especially good, or bad, about average. 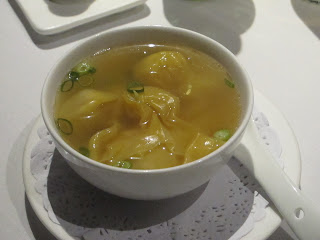 Maybe they suspected something as they brought salt, pepper and soy sauce which they removed after we finished the soup. 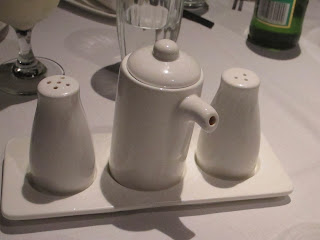 The next course was much more exciting Kataifi mandarin scallops. 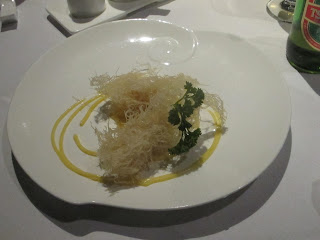 This was both delicate and delicious.
The next entree was Garfish stuffed with mushrooms on a mushroom sauce. 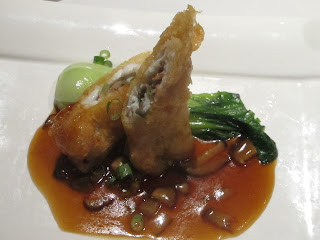 I don't want to eat garfish any other way. The flesh was moist almost falling apart tender, the equal of any fish and better than I can ever remember. Nicely presented too.
We then had a couple of mains. A dish of prawns with vegetables in a light sauce was another delight to the eye. 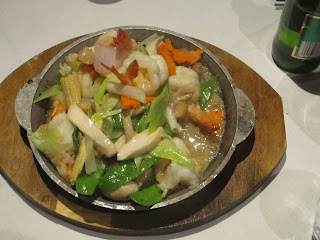 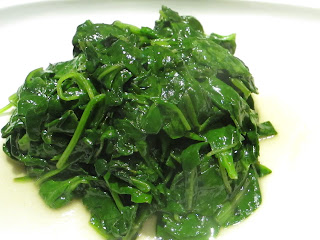 A dish of spinach also failed the taste test.  Asking to see the whole barramundi we ordered with ginger and shallots we were presented with a live fish flipping around in a bucket. Enough to make one hesitate. We ordered it anyway. It arrived at the table transformed. 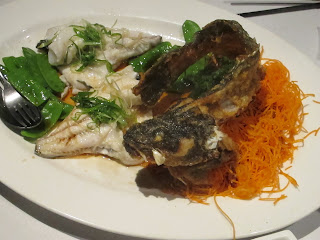 It looked magnificent and had been cooked just right. Still there was a big problem. Somehow they failed to season the dish so it was another great look but disappointingly bland.
We also had a dish of fried rice with plenty of of prawns but in the end short on taste.
Comments: It's a beautiful restaurant, well spaced large tables, white linen cloths and napkins, attentive uniformed wait staff and not terribly expensive, we spent $70 per person. It scores well everywhere except for one failing - the food lacks taste.
Score: 14/20
Posted by Elliot and Sandra at 9:50 PM