It is six months since we visited Attica which has continued to grow in stature as a world rated restaurant, at last being recognized by the AGFG with a third hat. There have been some staff changes but the general style of service has been maintained and continues, in most respects to meet the highest standards. The decor is restful and quiet with black walls. The tables are simply set with a small bowl of quondong seeds. 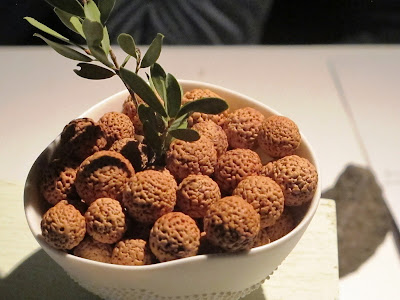 Bread comes with both butter and smoked olive oil. 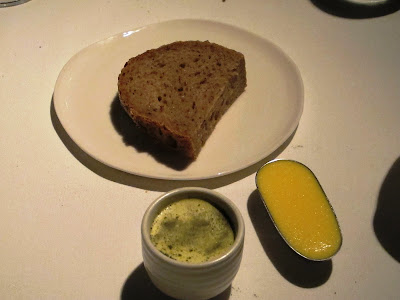 There is both a vegetarian and non vegetarian degustation menu on offer both for $160 with matched wines for an extra $110. We opted for the normal menu, which was far from 'normal' in comparison to most restaurants. The meal began with three chef's offerings. I have added the Internet prices for the matched wines which seemed to be particularly suited to the food.

The Walnut, cutely presented in a bowl of wood chips, when opened they revealed some tiny, very sweet, baby peas in a walnut puree. 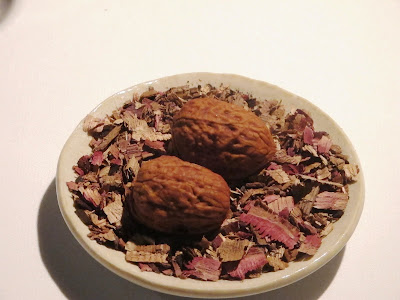 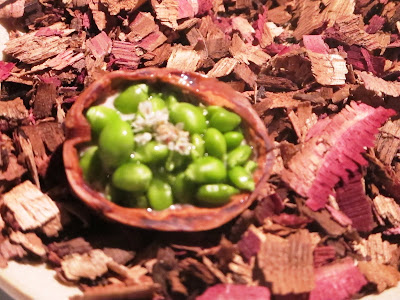 Sea bounty mussel a few minutes later was a total contrast. The local mussel had been crumbed and flash fried, presented with a small sea side succulent it was juicy with a distinct taste of the sea. 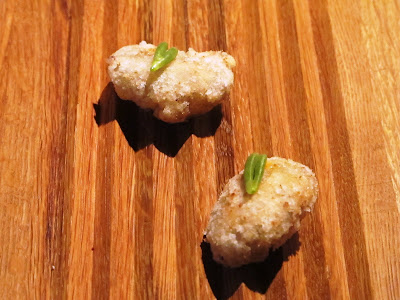 Shiitake broth with Society garlic, a superb broth, the little flowers have a taste of garlic but do not leave behind a garlic breath, hence the name. Originating in South Africa they are often grown in suburban gardens because of their pretty flowers. Their grass like leaves are also garlic like and can be eaten as can their bulbs. 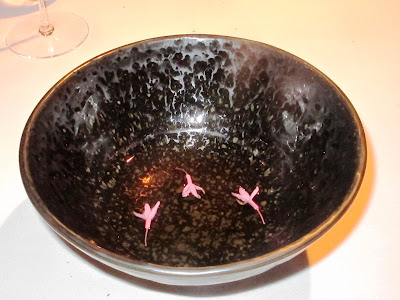 Snow crab, who would think that delicate crab could be served with horse radish, salmon roe and puffed rice but it produces a great combination. The presentation is gorgeous and it comes with a story reminding chef Shewry of snow covered mountains recalled from his childhood. A wonderful dish 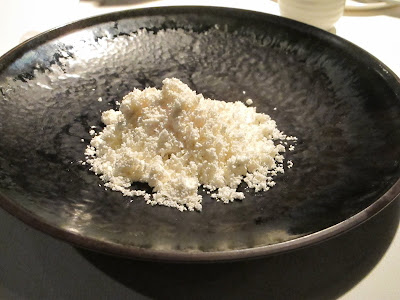 Marron, leek native pepper was distinguished by it's utmost delicacy. Tiny leaves, the steamed leek and garlic oil all went towards a beautiful texturally and tastefully joyful dish. 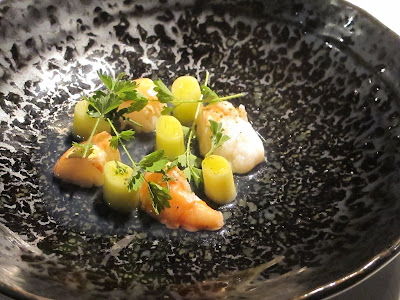 Tomato, smoked sesame, eleven basils, is a colourful vegetarian dish. It's main feature is the treatment of the small black Russian tomatoes laid out on a strip of bright red pepper. Pretty as it was I missed the photo!

Meat from the pearl oyster pintada maxima, served with fried chicken, sea lettuce, chard and dried onion leaf. Not normally eaten this is the oyster from which South Sea pearls are harvested. It is a very large oyster with a beautiful iridescent mother of pearl shell. The oyster meat is very firm but tender with a delicate flavour reminiscent of calamari. 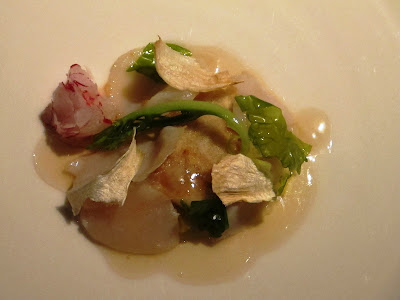 Kumara, Purslane, Pyengana, served with buckwheat, broccolini and a barely cooked egg yolk on a Tasmanian cheddar cream from Pyengana, a village with a population of 123 at the last census (2006). Purslane, also known as pigweed, is an edible, gourmet, succulent weed which happens to be rich in Omega 3 fatty acids, minerals and vitamin A and C, which is becoming popular in cooking recently. Kumara is very like a mild sweet potato and, if you like that this dish is a great way to have it served. 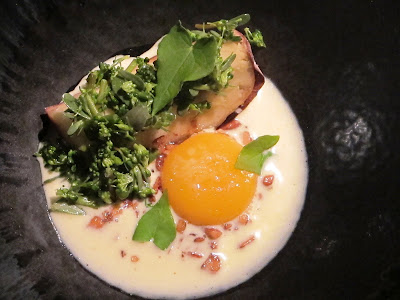 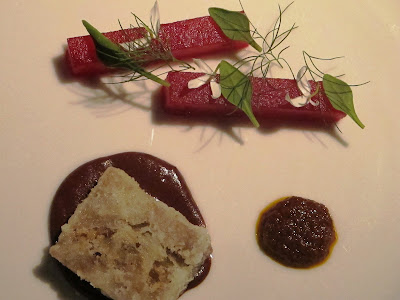 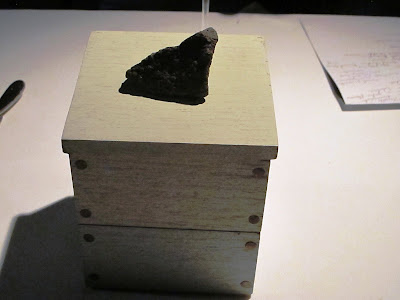 Soon all was revealed, a honey flavoured meringue dessert. 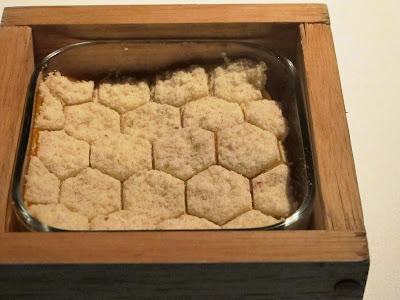 Native fruit of Australia of which the only one recognizable was the quondong or native peach, the red fruit at the top of the picture. They are all 'bush tucker'. 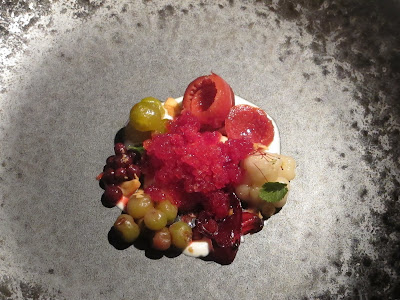 The meal ended with an acknowledgment to the importance of the history of cuisine and a sign of respect and empathy for plants and animals. This was done via a birds nest with chocolate imitation eggs of the Pukeko, a cheeky red billed New Zealand bird that has adapted it's lifestyle to survive in a challenging human environment. 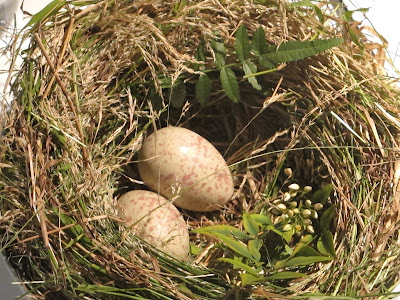 An absolutely outstanding meal, the equal of any that we have enjoyed anywhere. It's going to be hard to improve on!

Posted by Elliot and Sandra at 9:22 AM