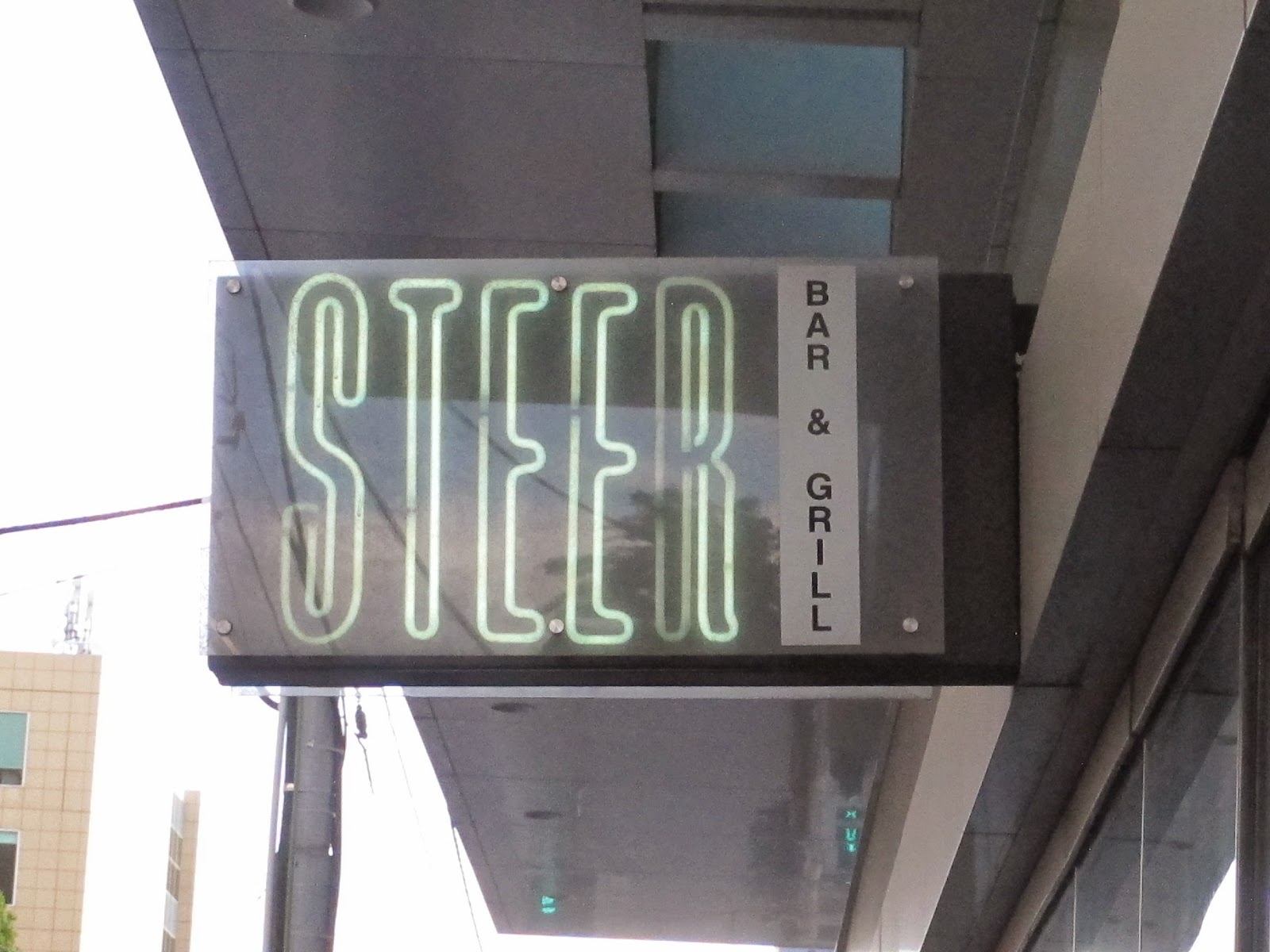 These days you can get a pretty good steak at heaps of places but Steer Bar and Grill is a bit special. Why? Because they do a lot of Waghu so we were pretty excited by an offer of a five course waghu dinner, normal price $165 but only $125 for entertainment book owners. 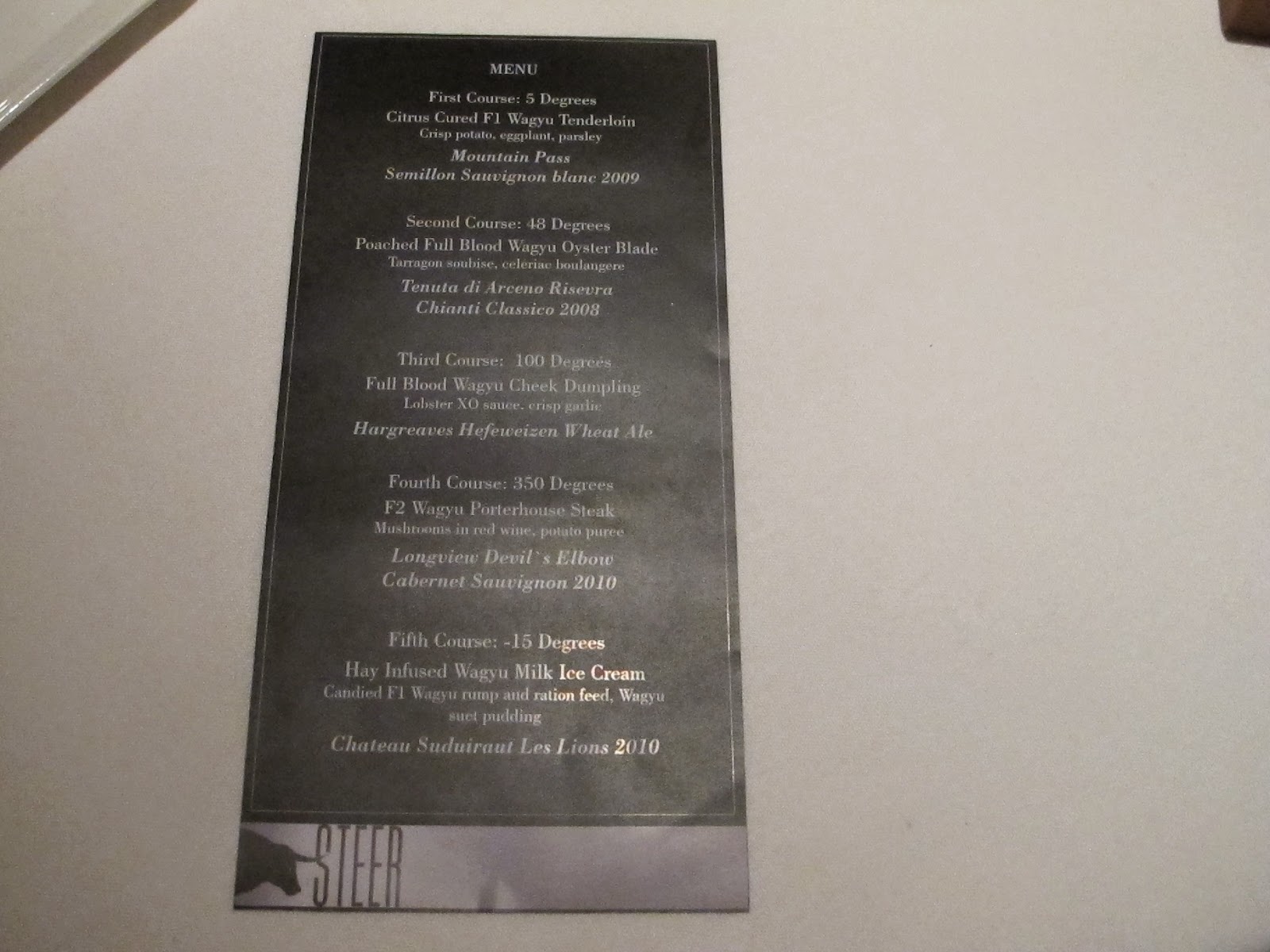 The menu started with 5 Degrees, that's quite a bit below room temperature! So it was raw citrus cured F1 tenderloin, with crisp potato, eggplant and parsley. Sounds a lot but it was only a tiny amuse bouche mouthful, a pleasurable mouthful. This was accompanied by Mountain Pass Semillon Savignon blanc. 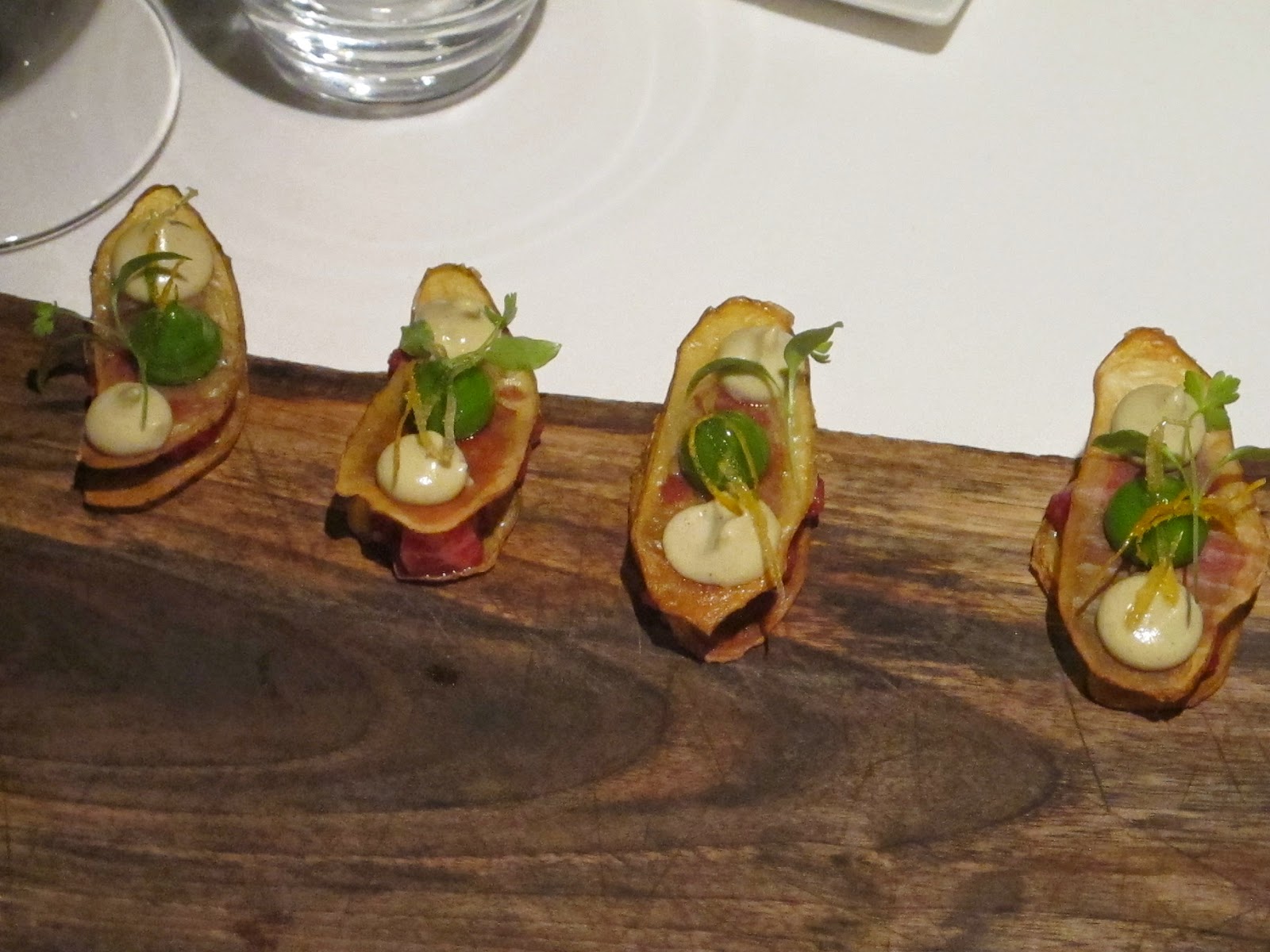 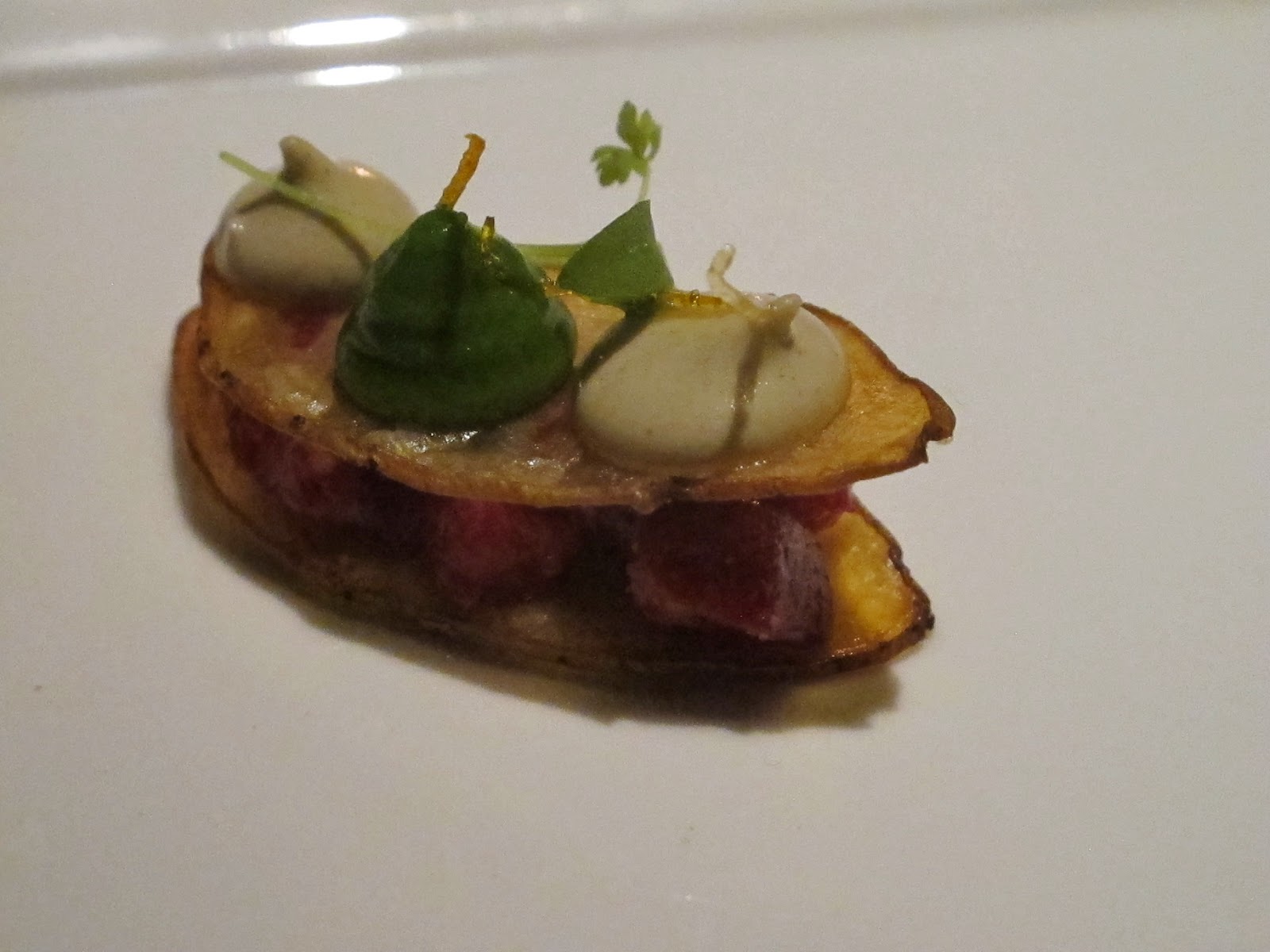 The second course was described as 18 Degree poached full blood waghu oyster blade, tarragon soubise, celeriac boulangerie served with Tenuta de Areno Reserva Chianti Classico 2008. This was another elegant mouthful. We could all have done with twice as much 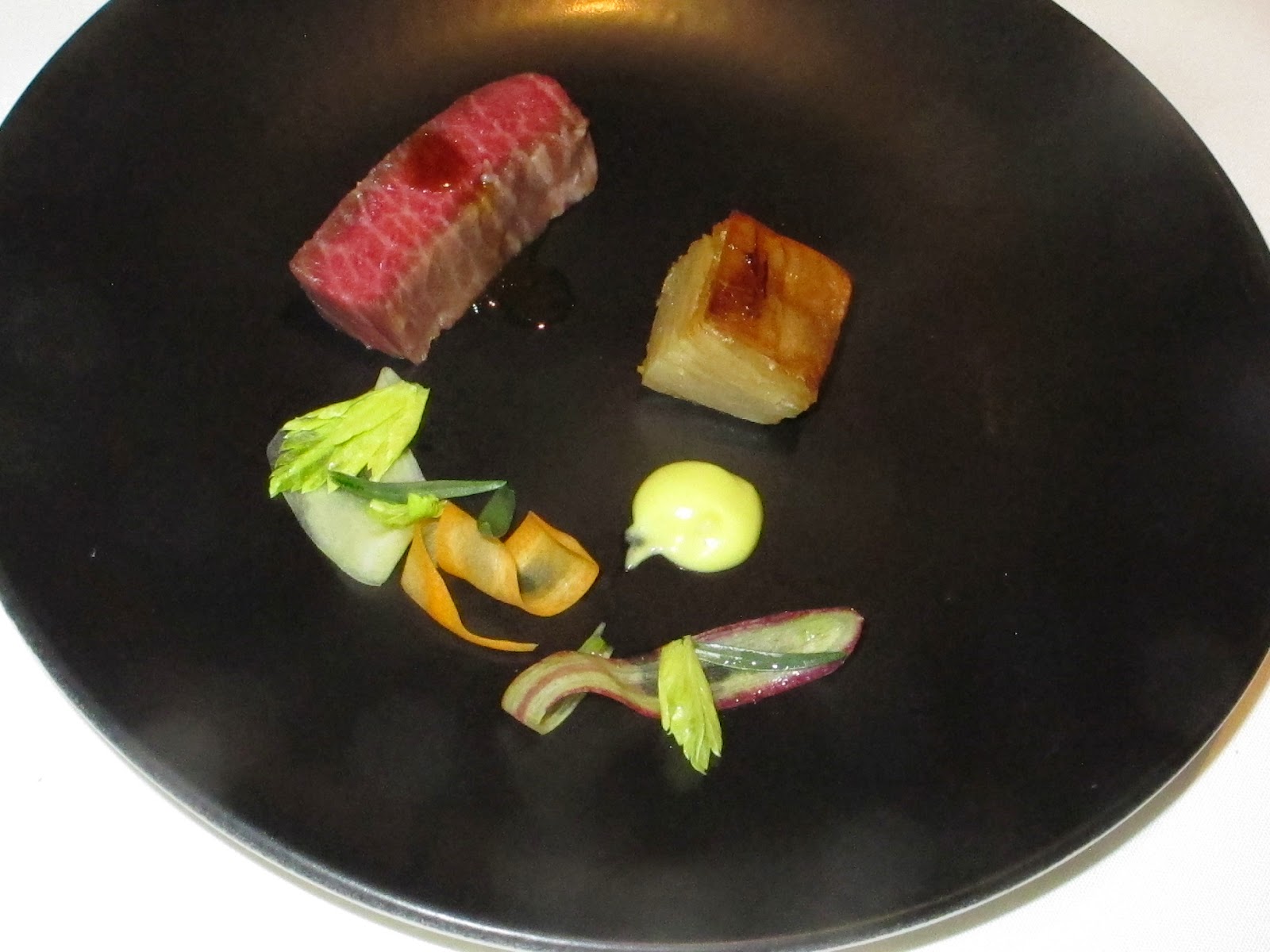 This was followed by100 Degree full blood waghu cheek dumpling, lobster XO sauce crisp garlic served with Heargreaves Hefeurizen Wheat Ale. Two little dumplings filled with a meat which was not distinguishable as waghu. The pastry was a little claggy. 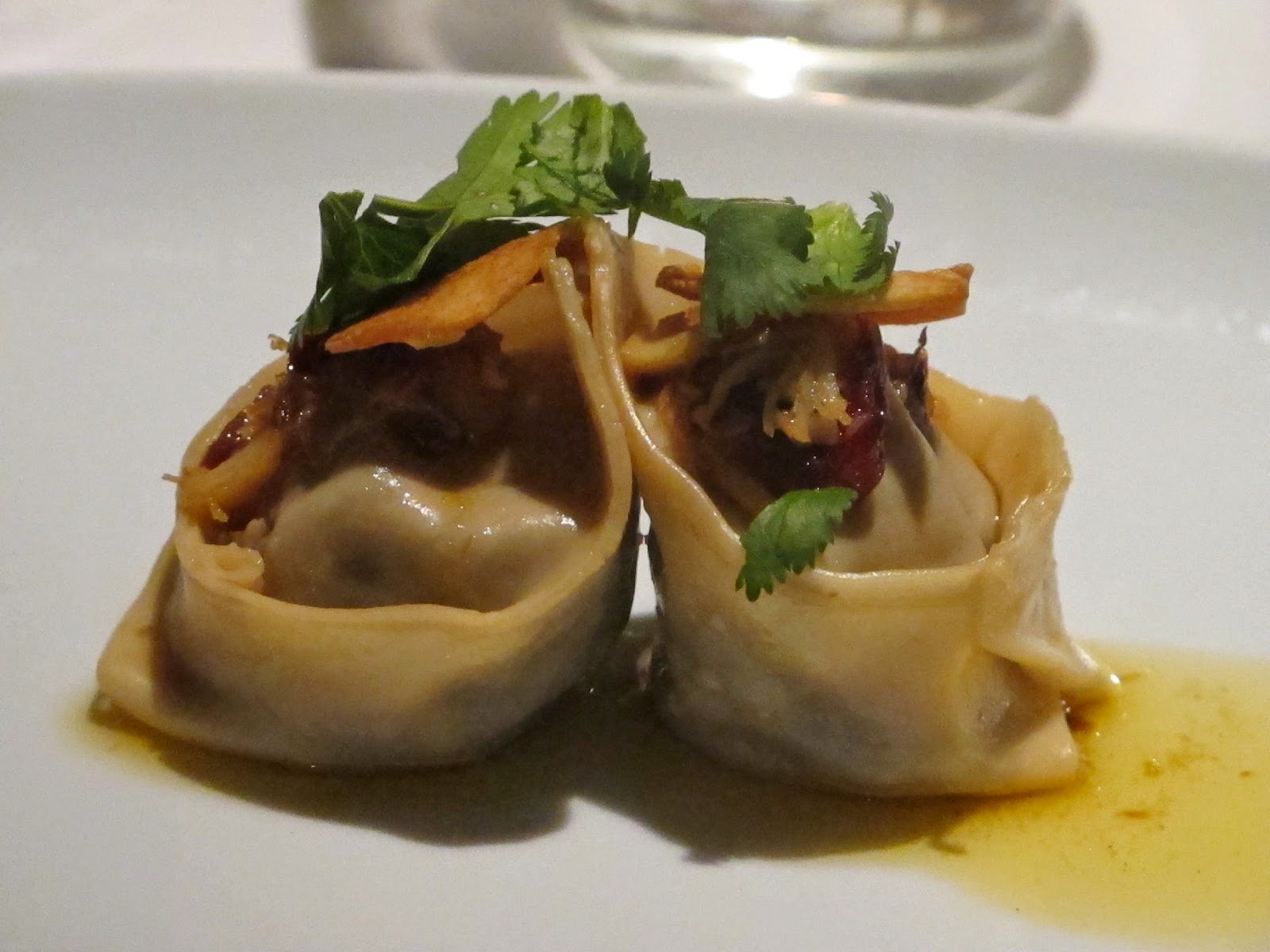 The last main course, if you could call it that was 350 Degrees F2 waghu porterhouse steak, mushrooms in red wine, potato puree. Longview Devils Elbow cab/sav 2009 came with the steak. 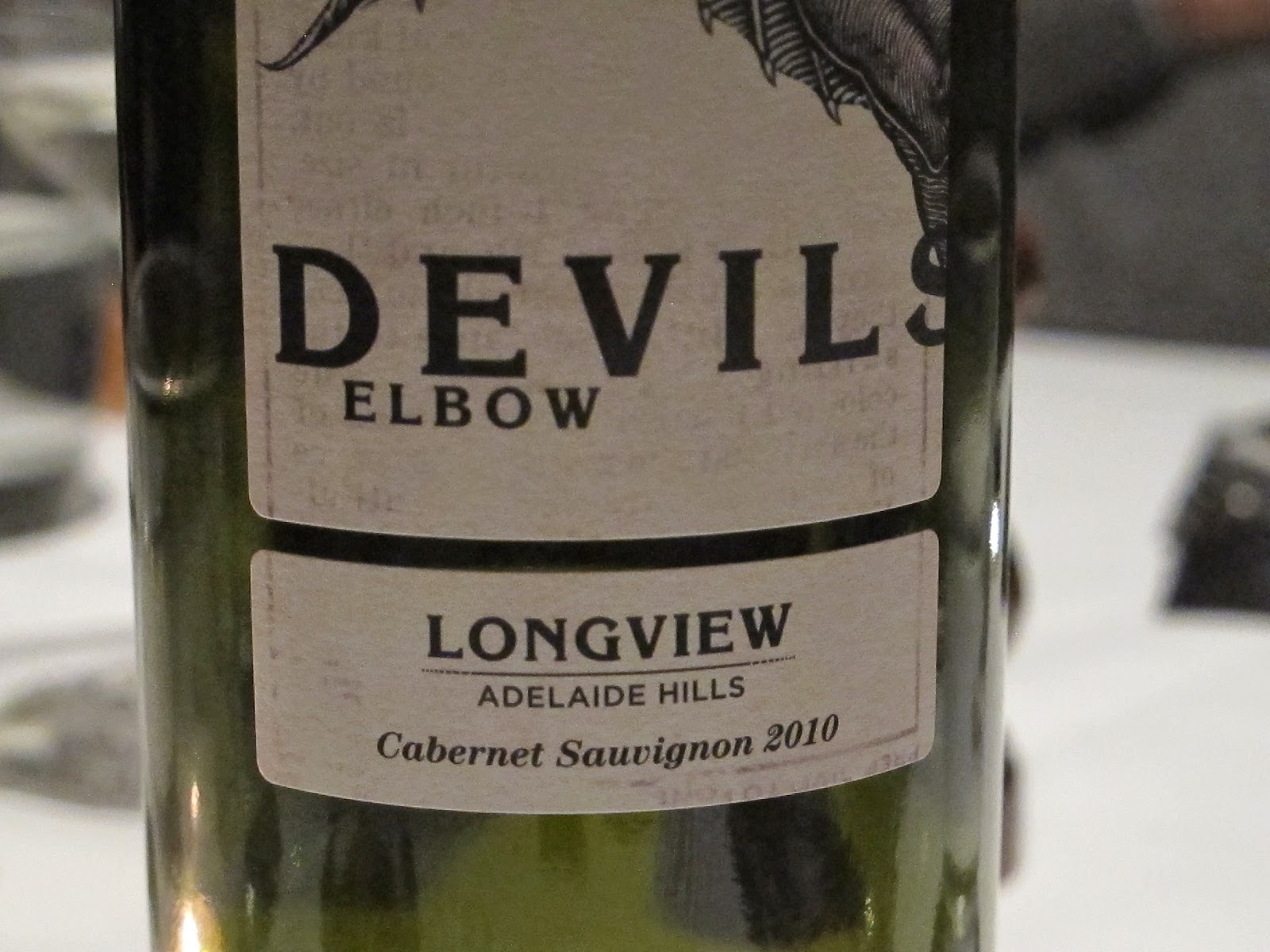 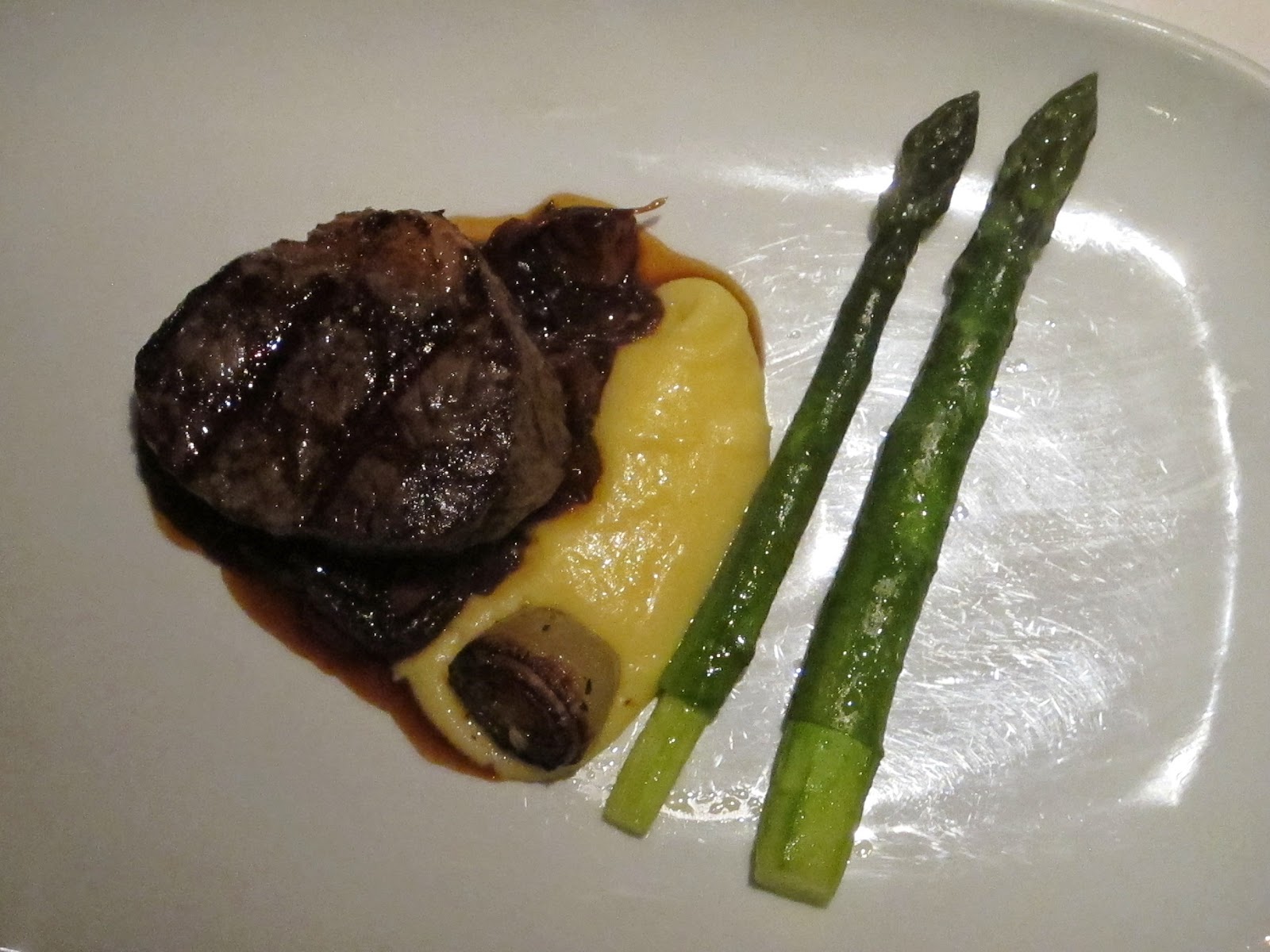 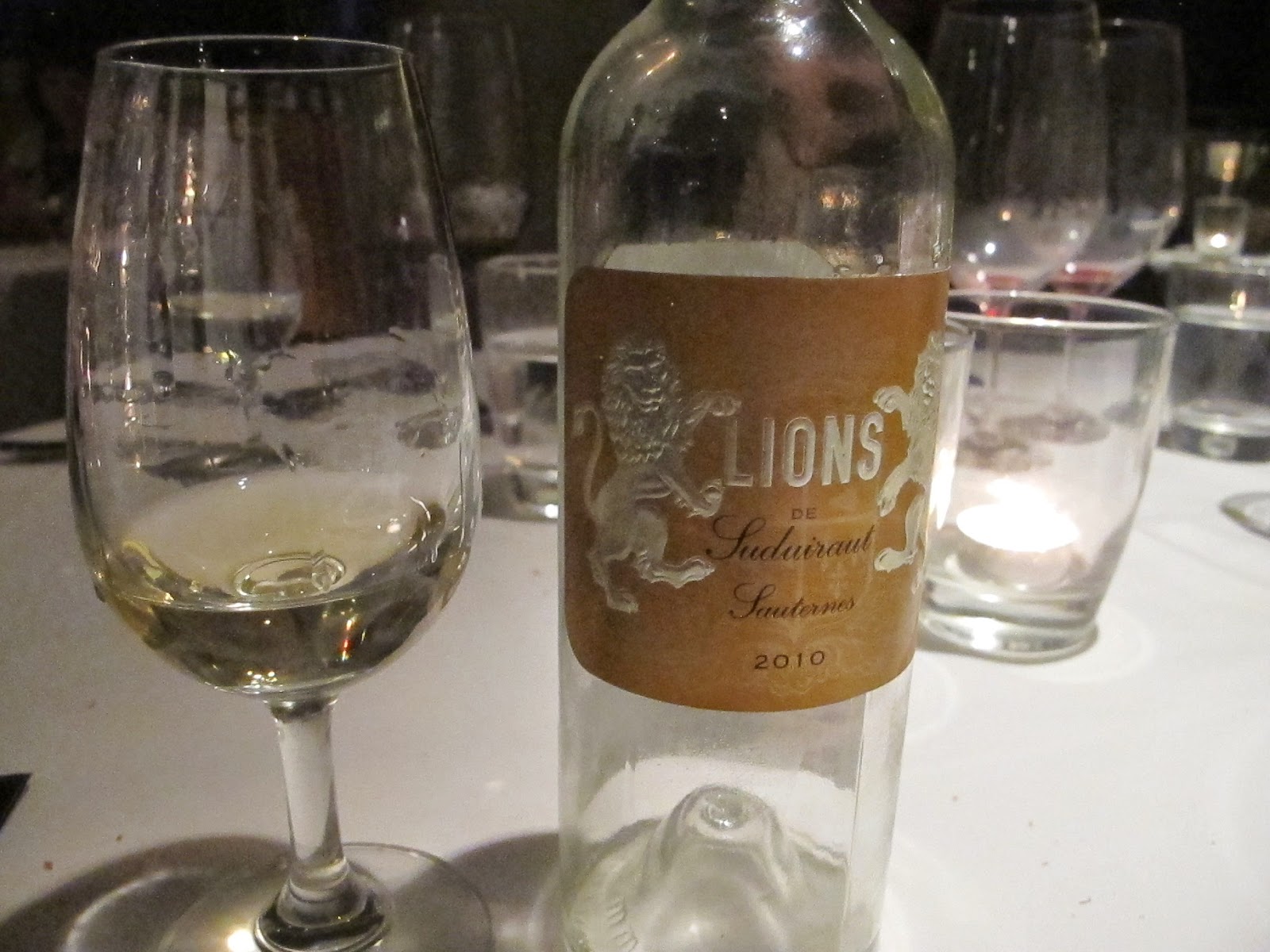 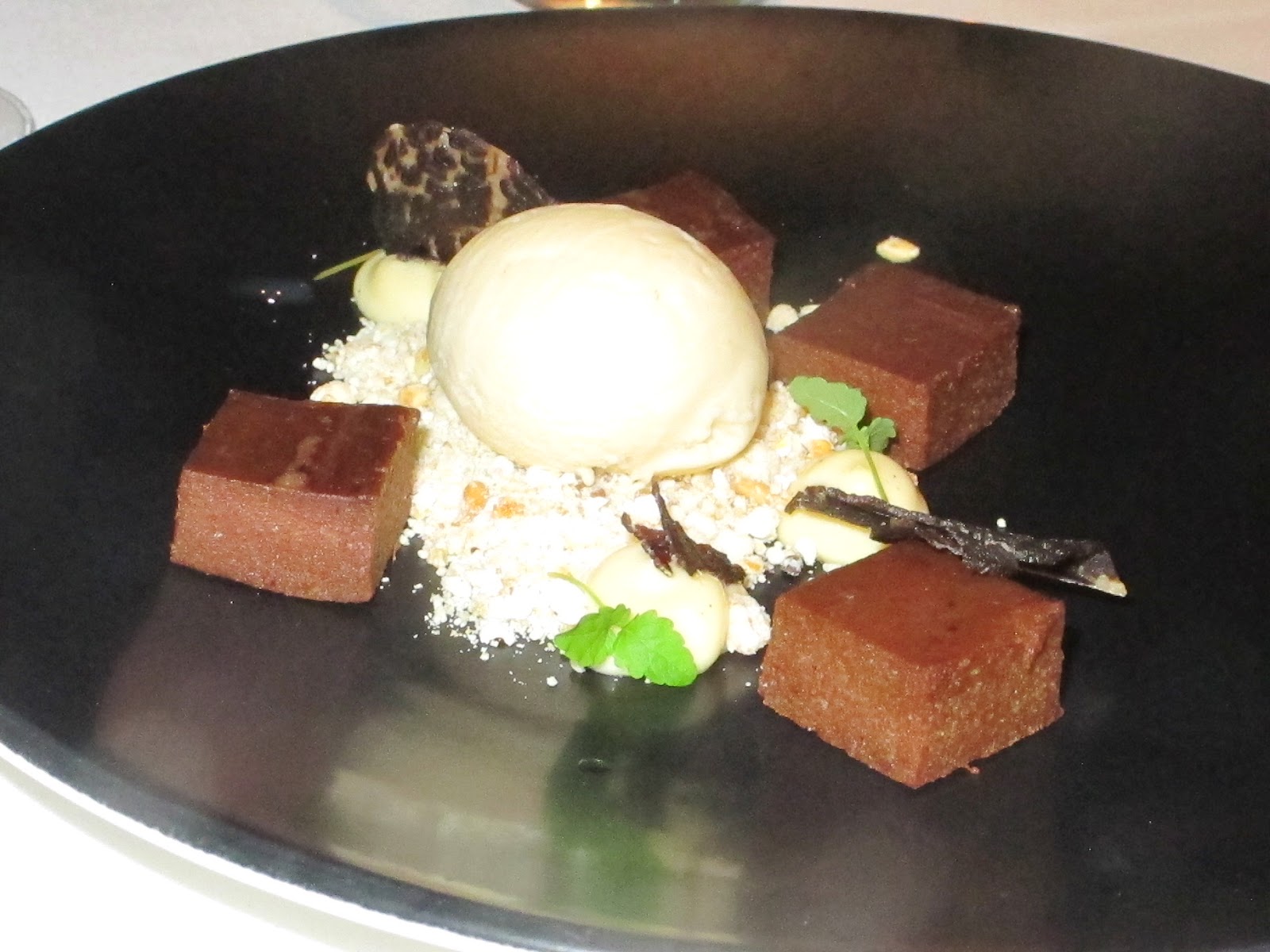 This was a very inventive meal with more than enough interesting wine, but suffered from a serious lack of volume. We stopped off at KFC on the way home. I am becoming wary of these special dinners and would have been very disappointed if I had paid the full price.
Score: somewhere between 13.5 and 15!
Posted by Elliot and Sandra at 11:25 PM