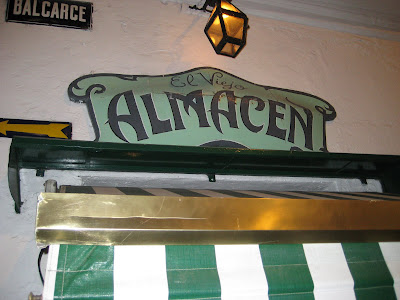 As with all the tango shows promoters organize for pick up and drop off at your hotel in small buses. Punctuality is not a strong point and explanations as to delays are useless but they get there in the end.
There was an early show - from 8pm followed by dinner and a lateshow from 10pm. Eating at 11.30 or 12 is not unusual here.
The show was a traditional one with instrumental and vocal interludes. The dancers worked hard but lacked passion or sparkle and didn't achieve the sort of primitive sexiness of the finest exponents of this art. This actually led to the Tango being banned for some time for fear that it would encourage promiscuity. No risk here. 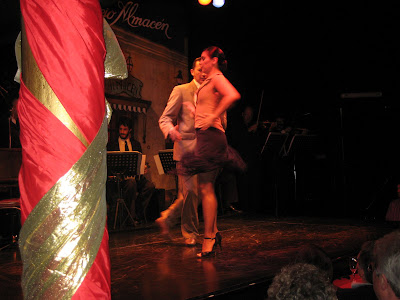 The show might have been indifferent but the meal that followed was awful - only the service was worse. The table was set with a bottle of average rd quaffing wine and some dry bread rolls. It took at least five requests before we could get any butter but nit eventually arrived. Choice of entree main and dessert from 4 or 5 options looked OK and I was happy with the Empanadas for starters. They were quite reasonable, fair size and filled with plenty of moist mince with some crispness still in the pastry. There were 2 on the plate which was a good serve 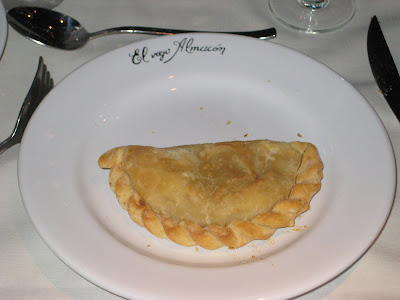 The main course of steak and chips was dreadful. M 'rare' steak was well and trully overcooked, the waiter forgot the mushroom sauce until he was reminded as he went on serving other customers. Argentinian beef must be better than this or the Australian export business need have no fears. 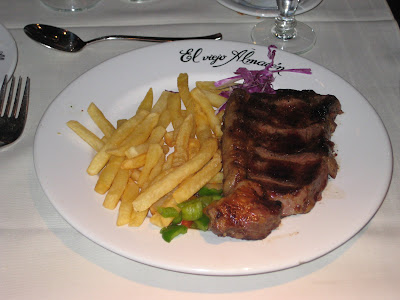 The chocolate mousse was the best thing on the menu. 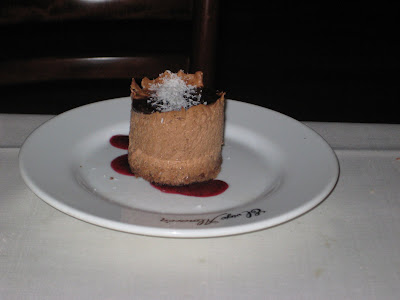 Two ladies I spoke to at the next table were in full agreement about the quality of their meals and the timing of the service
By Australian standards it was cheap the dearest dish being about $15 For a visitor I would strongly recommend you go somewhere else!
Score: 11/20

Posted by Elliot and Sandra at 1:00 PM