Calling this his Pollination Menu this is an eight course total delight created by Raymond Capaldi.
The opening palate cleanser, a lime parfait frozen at the table in a bowl of liquid nitrogen, works well. Each of the dishes that followed was both a pleasure to look at and a joy to the palate. Capeldi has made an attempt to produce a more balanced menu than expected for tasting menus leaving me satisfied in every way. 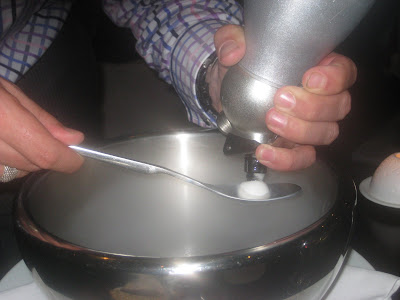 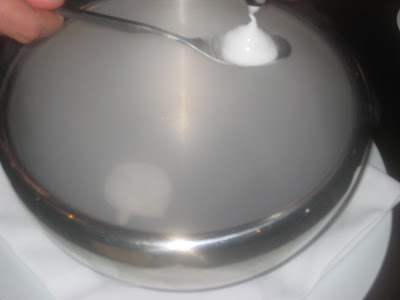 The names don't tell you much but the pic's should help.
Spring/Summer was cucmber, yoghurt mozzarella. 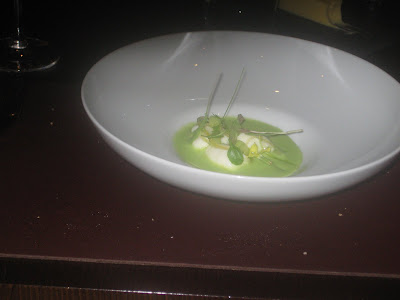 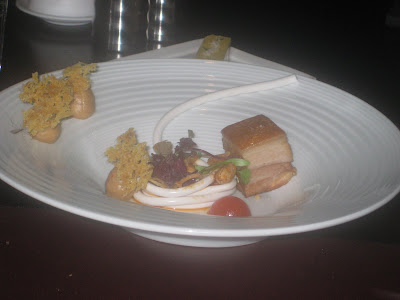 A salad dish called Lime Pith made up of white radish, broad beans, onions and lettuce was a sort of palate cleanser that preceded an unusual but successful combination 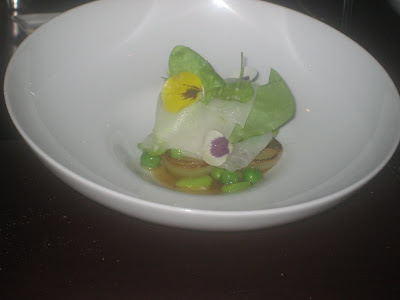 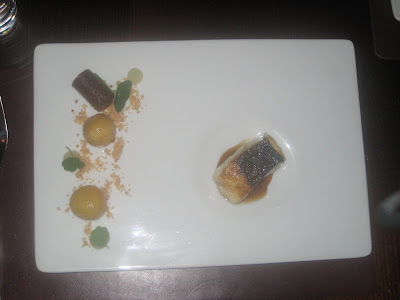 The lamb rump with well prepared sweetbread, lavender and fenugreek was was cooked to medium which was much more than I would have liked but I forgot to mention it. The waitress was very ready to replace it but I felt that would not be fair. 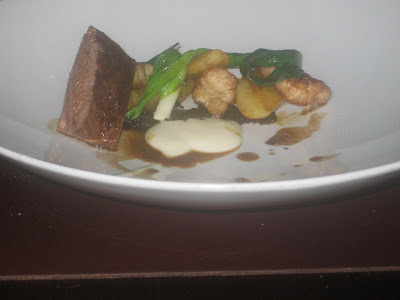 Snow because it was white, I suppose, was a Milawa goat cheese and blueberries 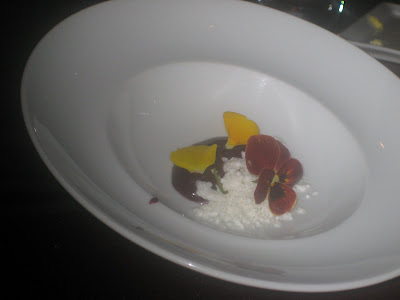 and then there were four desserts with 2 choices. Bubble Gum - wild strawberries, ile flottante and mango or 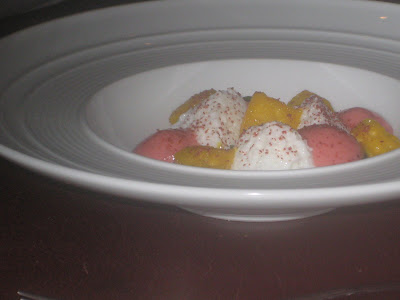 Buffalo milk - the details are no more helpful than the names 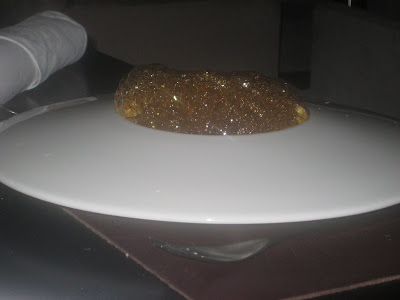 Violet Crumble or Sacha Torte. The torte slipped out of the pic on the left it was excellent, 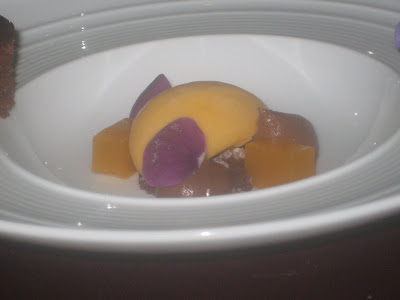 and last of all Petit Fours 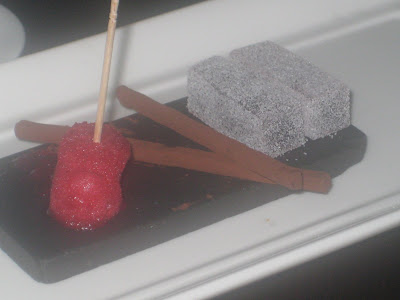 Thank god for photo's, which will help to give readers a view of these dishes because the menu descriptions really don't tell us much.
Never mind the weird titles and lists of ingredients this to me was a great meal and I would recommend it to food lovers anytime they have $135 to spare
There is also a 5 course menu for $100

Posted by Elliot and Sandra at 9:42 PM

Hi Elliot. It was great to meet you at the Bloggers Banqet tonight. Great blog you have going here with so many reviews. Hopefully I will get to this level some day - just a matter of time I guess. Anyhow, have posted a link to your site on my blog and look forward to reading your future reviews.

I agree with you about Fenix. I also thought the lamb was a little over but I did not request it otherwise and it worked well. As a dish overall I found it to be a triumph - please feel free to read my Fenix review.

All the best, Jon! (Melbourne Foodie)