You get plenty of clues that you're getting to this popular club including a large billboard on the main road through Hervey Bay.  They even provide a free shuttle 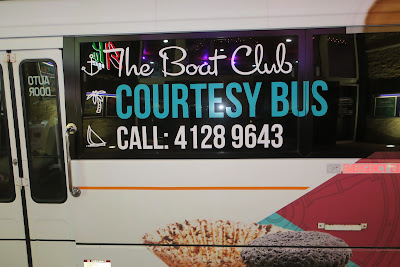 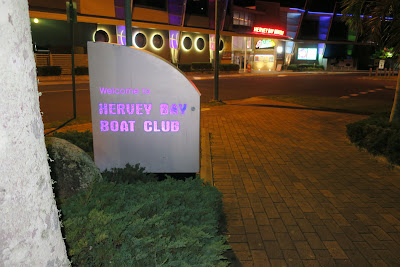 and on it's other side thanks you for visiting. 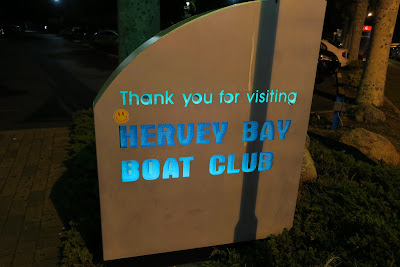 The club looks a bit like a ship with round 'porthole' windows. 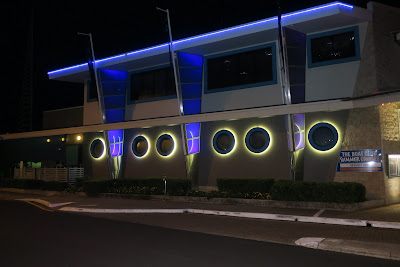 In side as well as several bars, and pokies, there is a Mexican restaurant, 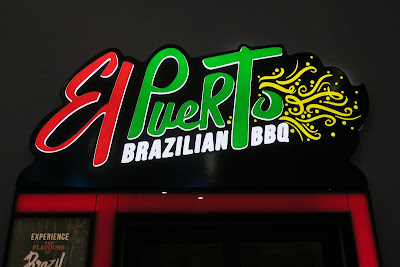 a large  no frills restaurant 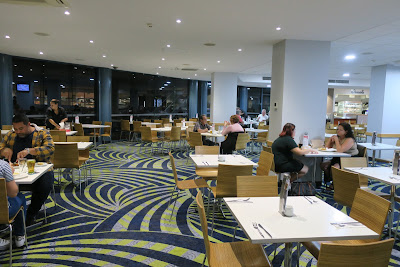 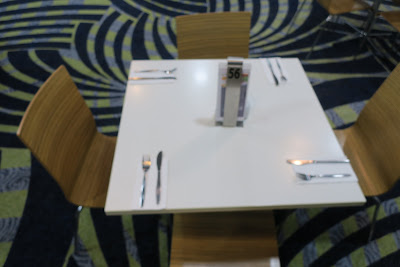 and and a small, and even less frills, cafeteria 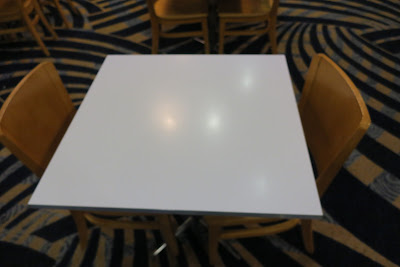 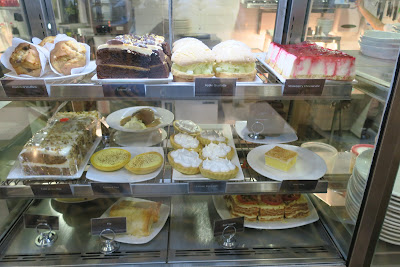 It's got a very Australian rural club atmosphere.  Prices for members are about 10% less than for visitors but they're still cheap.
Meals are quite large. I had fish and chips with a bowl of vegetables. 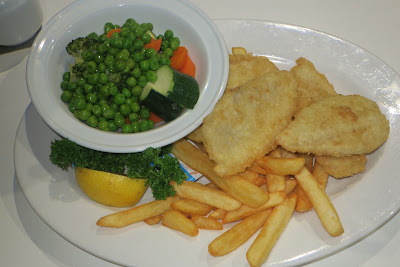 Four fillets of red skin snapper, lightly battered, were delicate, moist flavoursome and very fresh.  There was plenty of commercial tartar sauce. Vegetables were a little, but not grossly, over cooked Chips were crisp.  That, including gratis tea and coffee was a very decent meal for $16.50.
Comments: Solid food at fair prices.
Score: 13.25/20