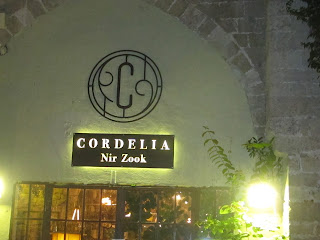 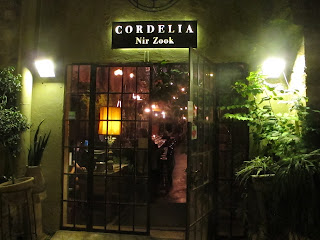 This restaurant occupies an old stone building full of character. It is somewhat over decorated with an eclectic collection of frescoes and paintings. 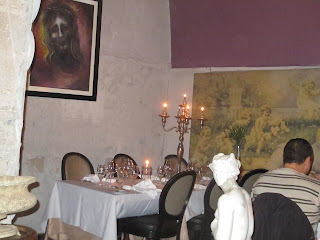 Candelabras on the tables have little oil lamps instead of candles, 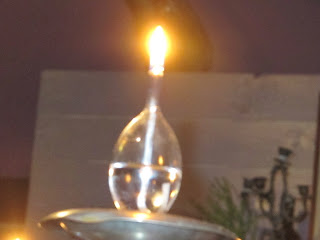 and chandeliers hang from the ceiling. 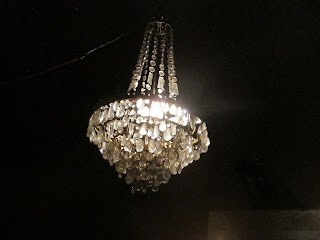 There is a Bistro/bar 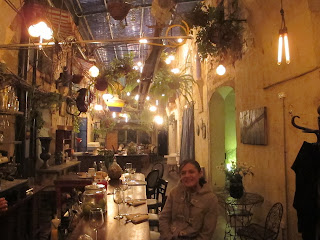 and a fine dining restaurant. 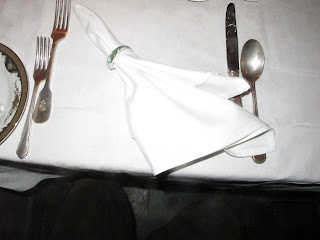 The chef owner Nir Zook is well known, has written a book and appeared on TV. We were full of eager anticipation.
The restaurant is spread through several rooms. Tables a large with white linen cloths and napkins. Except for the butter knife 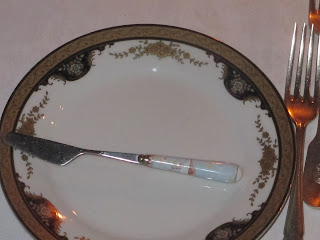 cutlery is very ordinary, as is the crockery, One dish I was served had a chip in it. 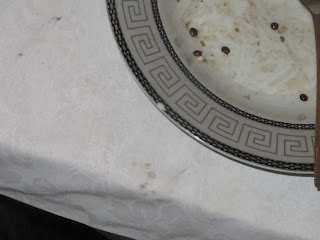 Glassware was reasonable but not exquisite.
B read and butter came early. 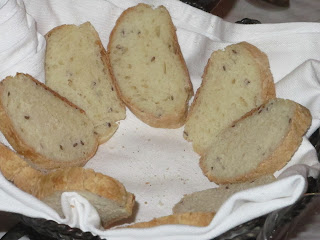 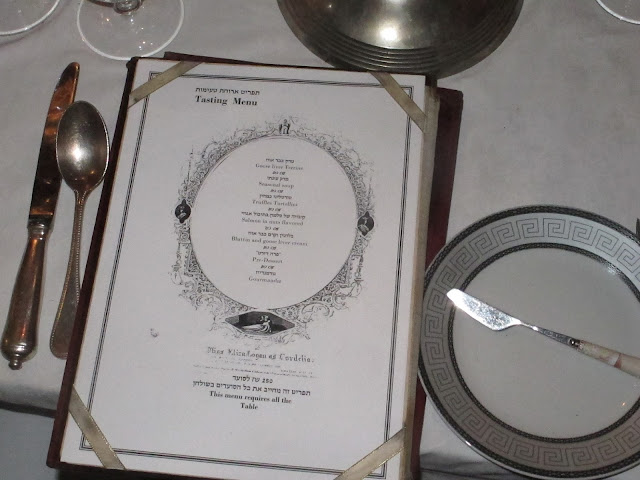 Before the meal we were served a small dish of Jerusalem artichoke in a light peanut sauce which was a nice start. 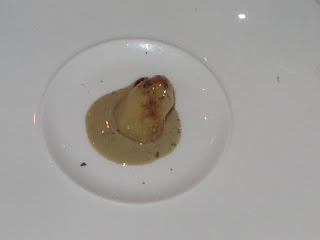 This was followed by a goose liver terrine, which was very smooth and bland with a big lump of glace eggplant, sweet and dominating. Each persons dish was served with the food in different positions, that is the terrine could be at the left the right or front of the plate. 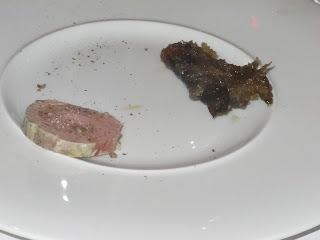 Seasonal soup was a pleasant underseasoned tomato soup, somewhat improved when we requested some Parmesan - nothing like a bit of umami! 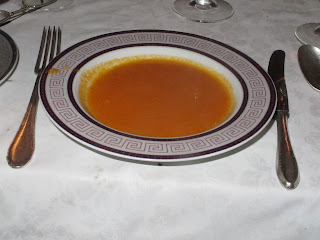 Truffle Tortelline , four of them, were heavy and claggy with no hint of truffle recognizable, something I might get in a cheap Italian restaurant. 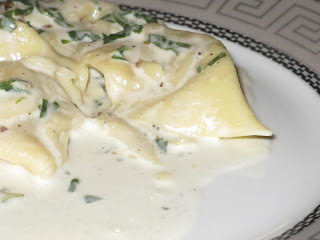 The next dish was even worse.  A seriously overcooked small piece of dry salmon on a bed of lentils. A plain, undistinguished peasant dish. No sauce and almost no seasoning 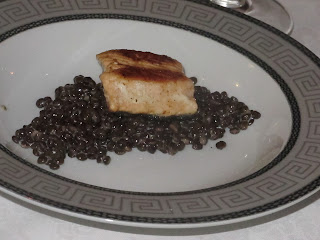 I'm not sure what the menu meant to say but this was a ballotine of chicken  wrapped around some forcemeat that was supposed to be goose with some mushroom and mashed potatoes, served, yet again, with a cream sauce. The potato was tasty but the ballotine was dry and pretty well taste free. 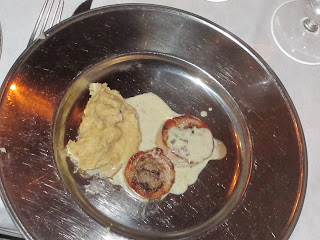 We were offered an additional dish which I specially requested to be very lightly cooked. It came in another cream sauce with a fair amount of pepper, At least it was not overcooked. 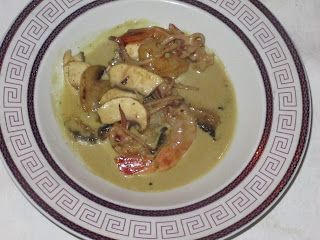 A "Pre Dessert" followed. this was a small fruit salad covered with a very soft meringue. 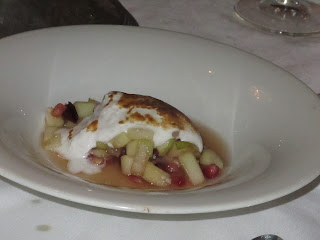 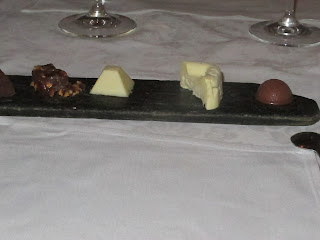 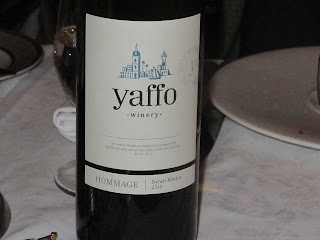 Coffee came in an unusual cup which I rather liked and the coffee was good too. 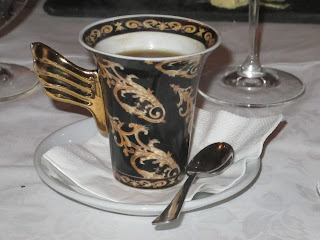 A small fountain and pool at the entrance 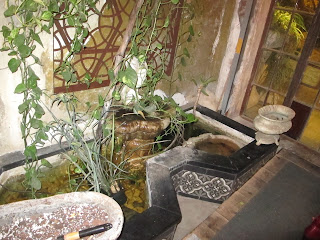 Comments: One of the worst meals I have ever eaten, served by pleasant but not very professional staff in an interesting venue.
Expensive for what you get.
Score:12.5 /20
Posted by Elliot and Sandra at 10:34 PM