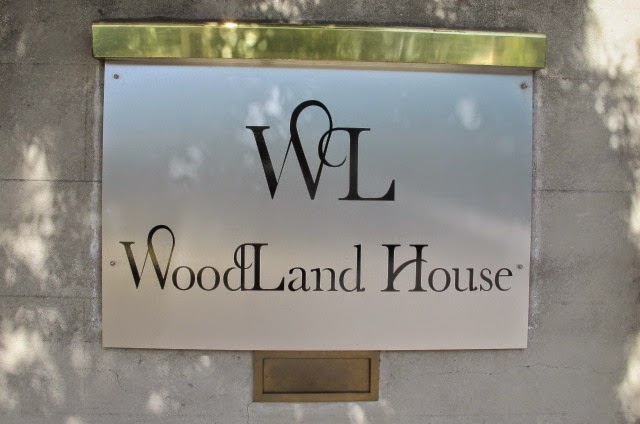 JaquesReymond has been renamed WoodLand House and refurbished. Outside they have built a small kitchen garden and set up a wood fired stone oven. 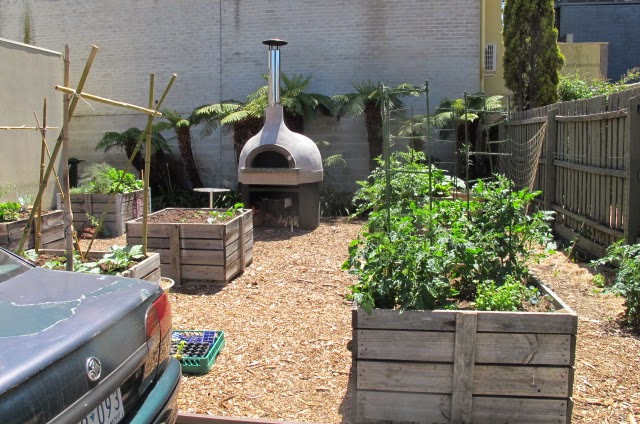 Inside the place has been smartened up and simply redecorated. Their light shades, like layers of multi folded muslin petticoats are particularly striking. 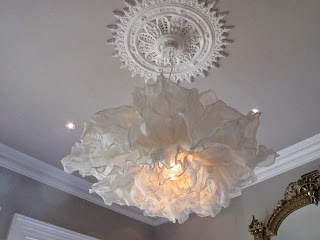 The easy sophisticated look is enhanced by a central table in the main room featuring a relaxing flower display. 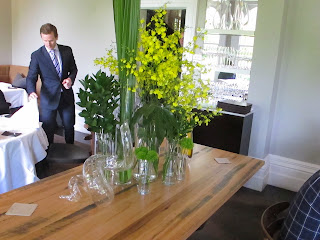 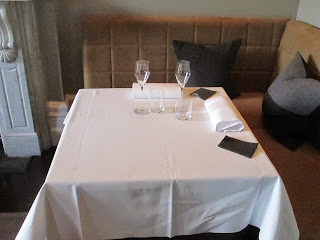 They now offer a four or six course degustation menu with option of matched wines. Gluttons for punishment we had the six courses on two successive Sundays. The menu changes quite often but many of our dishes were the same.
We were first offered a fine, crisp magenta coloured potato crisp. 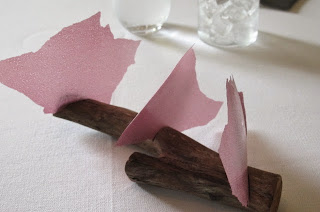 Generally I think that is an unappetizing colour for food but this a bit of fun and pleasant though near tasteless.
Bread 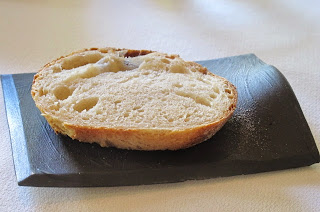 and a seasoned butter 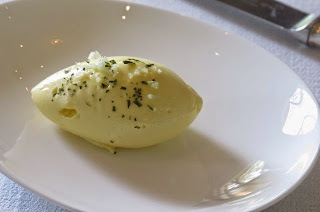 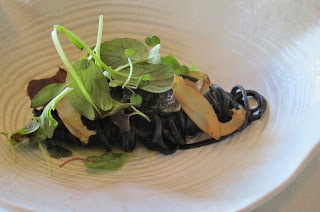 This was an interesting dish. Delicately flavoured each element was distinct but combined well, 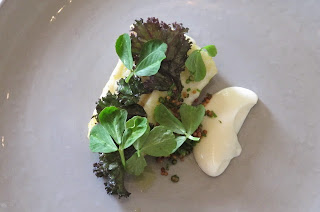 Rock flathead, horse radish, spring greens might sound odd but it was delicious. The horseradish surprisingly good but it also had a light mustard which was a fine touch. The wine, 2013 Crawford River Riesling, Henty, Victoria, Australia  was no exception to the othe Crawford River reislings I have enjoyed in the past..
Rouget, a red mullet, artichoke, saffron fennel 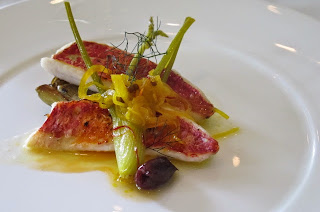 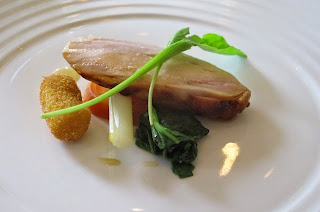 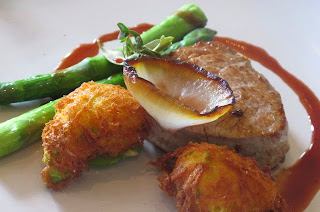 This meal is so good I don't know what to say about it. Each course has been excellent. The courses are attractively presented, flavours and textures are refined. Every wine, including this 2011 Gigondas, Domaine La Bastide 'Saint Dominique' Reserve, Rhone Valley, France has also enhanced the food.
A cheese platter of Calendar cheeses before dessert 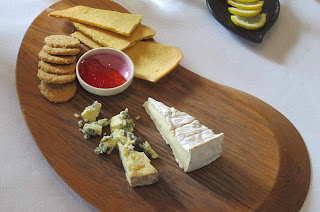 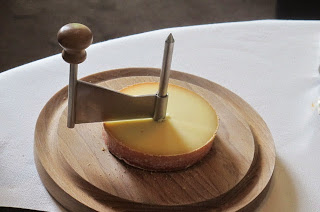 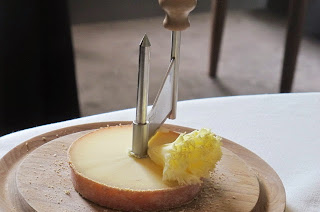 served with a flourish. 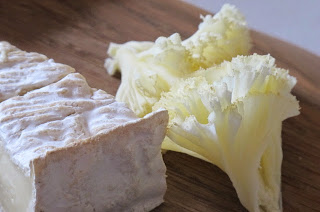 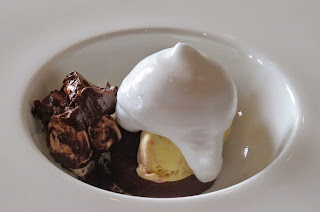 Not too rich I'll be happy with that at the end of any meal.

NV Chambers Rosewood Vineyard, Rutherglen Muscat Rutherglen, Vic was as good a dessert wine as I would ever want. You don't need a Sauterne!
A variety of chocolate coated crisp nuts and jubes 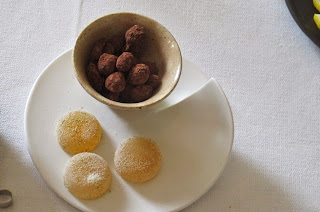 were offered with coffee.

Next week we came back for more!
There were some variation to the previous menu. The abalone dish was replaced by smoked eel, tomato jelly, gaspacho, 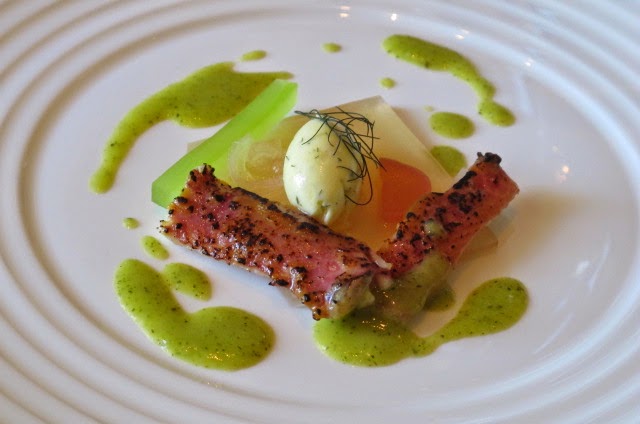 about as nice a way of enjoying smoked eel and beautifully presented. The next dish was absolutely fabulous. Deep sea rockling, lobster emulsion, shaved almond 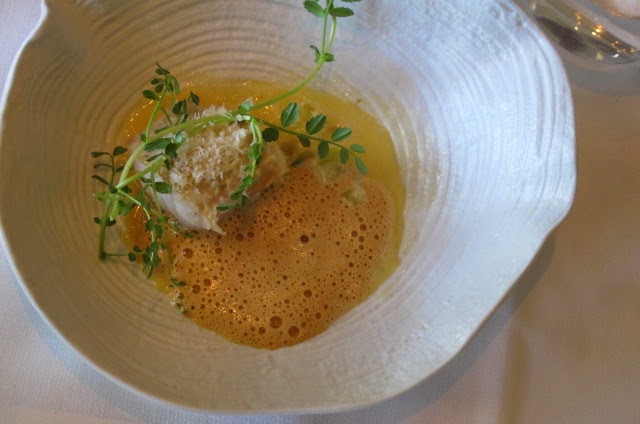 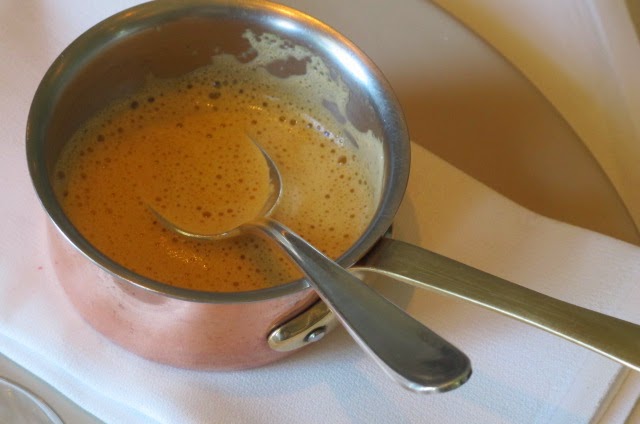 would have been more than presentable without the lobster emulsion but with it it was a mouth watering taste sensation!
Rock flathead horse radish, mustard was as before.
This was followed by veal dolce forte,asparagus, salsify. 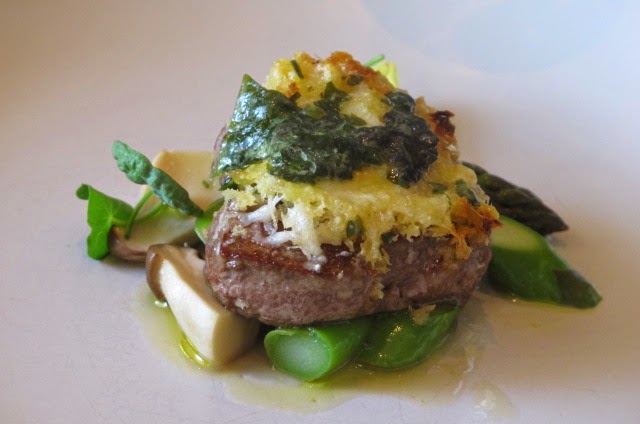 Simply superb. The last main course was Flinders Island lamb, broad beans, red rice which was made into a crisp. A simple honest dish 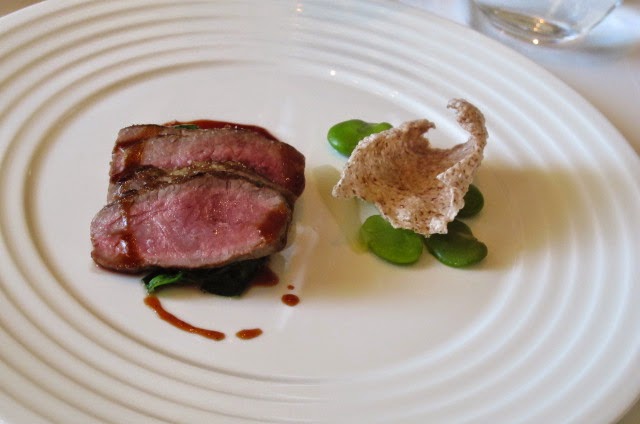 once again nothing but praiseworthy.
Cheese platter ($35 to share) was the same as was the chocolate nougat butterscotch dessert.
The six course menu costs $110. The four course menu, eel, rockling, lamb and dessert is $80.
We would certainly take the six courses every day of the week.
Score:17 /20
Posted by Elliot and Sandra at 11:12 AM