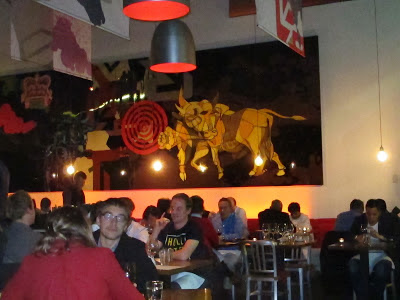 About every six weeks SB &;G have been putting on interesting set menu’s, with wine, featuring things out of the ordinary. The last one I went to was all about Wagyu with a talk about Mayura farm and a demonstration of how a carcass is broken down and where the different cuts actually come from. Last Wednesday they out did themselves with a beef oddity meal featuring parts of the animal, nose to tail, that are not commonly eaten. The menu was certainly unusual. Here is a run down of the  Beef Oddity Dinner.


Canape
Full Blood Wagyu ‘Lardo’ on Tuscan Bread
200 Chateau St.Jean Chardonnay, Sonoma Ca.
Whilst I did not care much for the Chardonnay this thin lice of pure animal fat was delicious. Cholesterol and calories be damned, it was tender, rich and totally decadent. I’d love it before every meal. 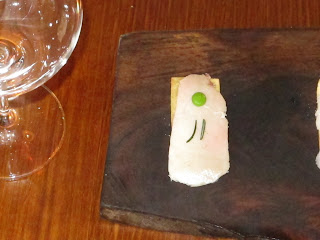 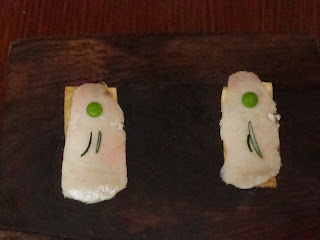 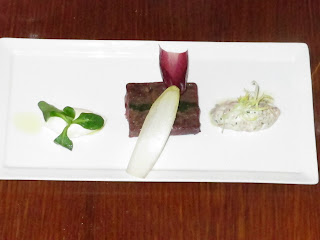 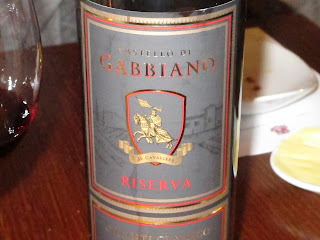 Although the dumpling was a little too al dente, really undercooked, the consommé was outstanding, definitely the hero of this dish. 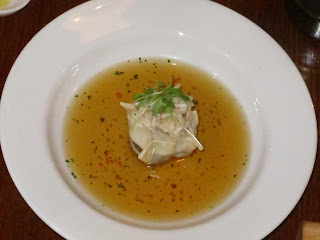 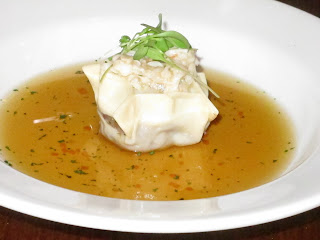 Third Course
Tendon Bordelaise
Wilted watercress, beef pilaf rice
2006 Seppelts Silverband Shiraz, Grampians, Vic.
It may not sound appealing but so far each dish was better than the preceding one and this continued the trend. Very tender, it had a superb texture, and in terms normally used for wines, light flavour, and a great feeling in the mouth. A treat, it also came with the wine I enjoyed most. 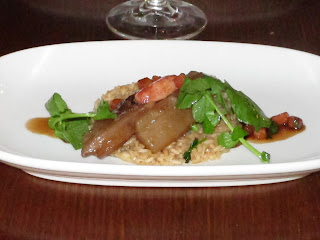 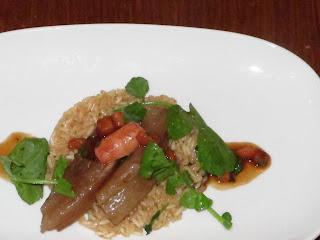 Fourth Course
Tail and Neck Bolognaise
Dripping noodles, gremolata
2009 SaltramMamre Brook Cabernet Sauvignon, Barossa Valley, SA.
Another totally different taste sensation, a dish I would be happy to have any time. For meat like this you don’t need teeth. 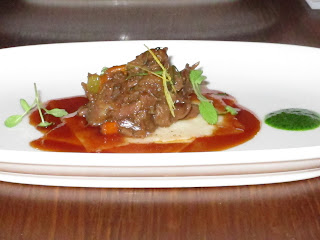 Fifth Course
Roast Tri Tip
Popes cap hash, potato gratin, flank gravy
2010 Annie’s Lane Queltaler Watervale Shiraz Cabernet, Claire Valley, SA.
Popes cap is a euphemism for a part of the animal not usually thought of for human consumption – the arsehole! Well not really that but the sphincter muscle that surrounds it. It was a very dense very tender meat with extremely fine fibres and no hint of fat. Forget where it comes from and you’ll also love it. 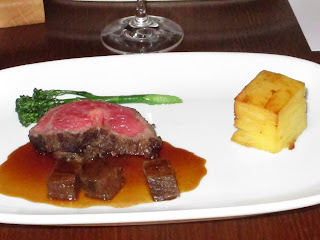 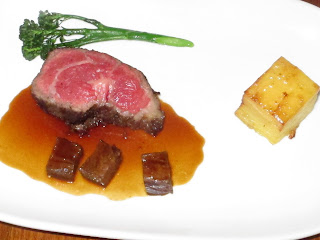 Sixth Course
Candied and Spiced Tongue Petite Fours
NV Bailey’s of Glenrowan Founder Series Topaque, Glenrowan, Vic.
When I have chocolate on my tongue it’s generally because I put it there. Not this time. 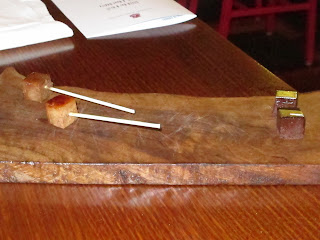 For carnivores this was an especially interesting meal. Not only were the odd bits of the beef very well presented but also the cooking was excellent. Staff were attentive and did not hesitate to consult the chef about questions they could not answer
Score 15//20