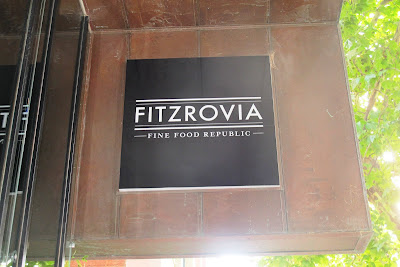 I sometimes look at reviews on sites like UrbanSpoon to see what people are saying. Generally there is a fair consistency with an occasional extreme view. Fitzrovia proved to be an exception with plenty of strong opinions both in favour of and detesting the place. This is not just the case of an off night but goes well beyond that. We have friends who love the place so we decided to see for our selves.
It's fairly undistinguished as a venue 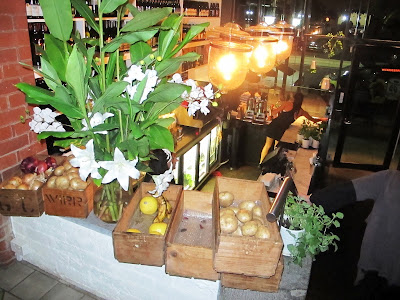 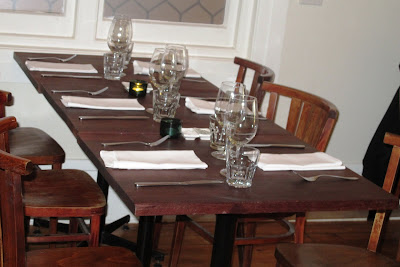 in what was once an Edwardian house still showing signs of it's vintage with some stain glass and attractive pressed steel ceilings. 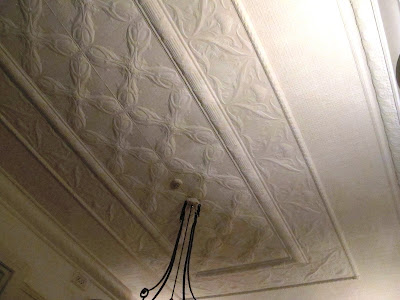 At the end of the eating area there is a completely open kitchen where the chefs can be seen at work. Head chef, Paul, came over and introduced himself to us. 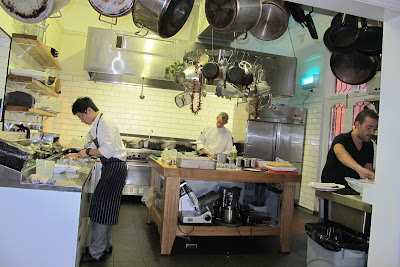 Before long an amuse bouche of battered fish fingers in newspaper paper cones arrived, reminiscent of the fish and chips we used to get wrapped in newspaper. Loved them as a kid and still do. These were beaut. 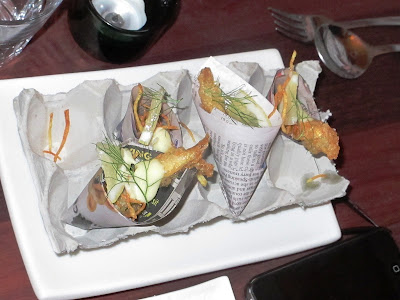 They offer appetizers and entrees and we started with the latter. Smoked pork hock and confit of duck terrine with home made piccadili, which seemed to be some sort of corn but I do not know what it actually was, and crisp bread ($17) was up to expectation without being exceptional. 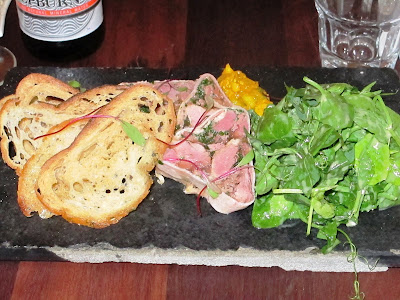 Stuffed zucchini flowers were also quite nice again not exceptional. 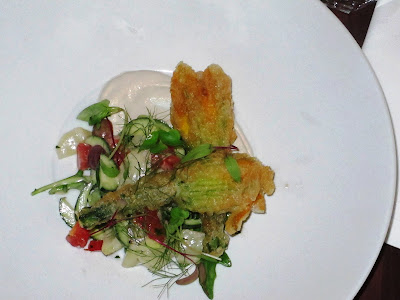 Our friends had a pomegranate salad 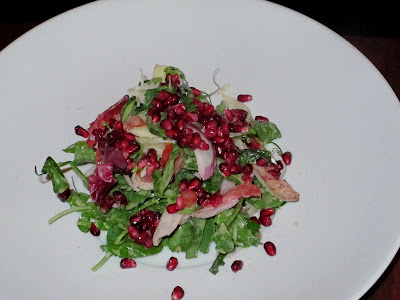 and a pea soup both of which they enjoyed. 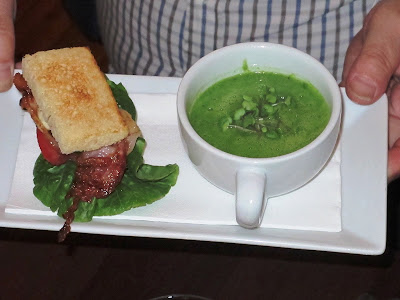 So far so good. Unfortunately we struck out with the mains. A line caught flathead for two ($60) sonded great. It came with chips which were shaped like railway sleepers and would have been OK had they not been covered in salt. Chef Paul was only to happy to replace them with a less salty version. The flathead was a bit of a disaster. Caked with salt and herbs we both found it inedible, Sandra felt it had removed a layer of mucosa from her palate! 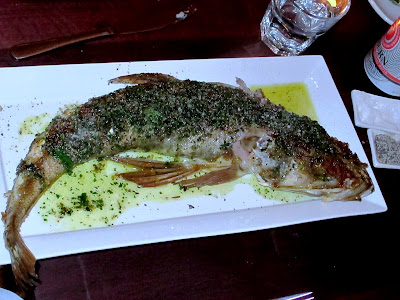 A fillet of snapper was much better 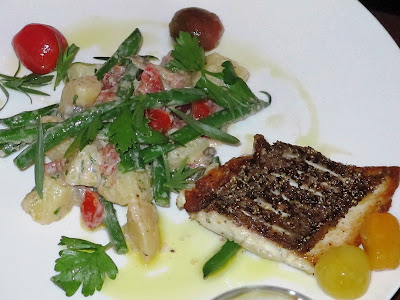 as was a duck breast. 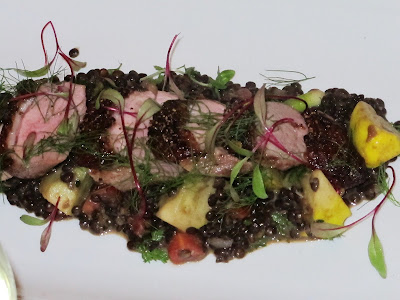 The best thing on the menu was a chocolate tart but that came to late to save the night. 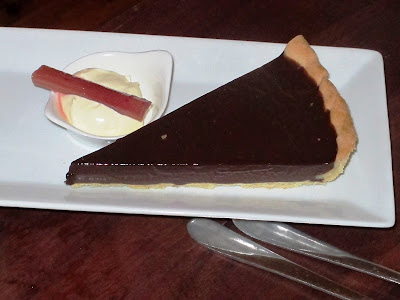 We drank a pleasant French Chablis ($70) but I would have been happy with a local wine at half the price. 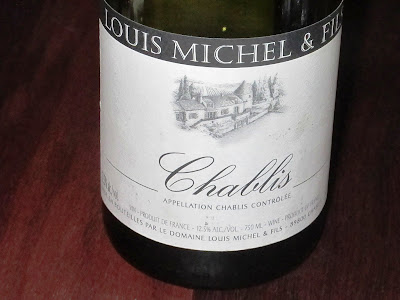 Certainly the food was not amazing and we would not be rushing back. The cooking was far to heavy handed in the use of seasoning. 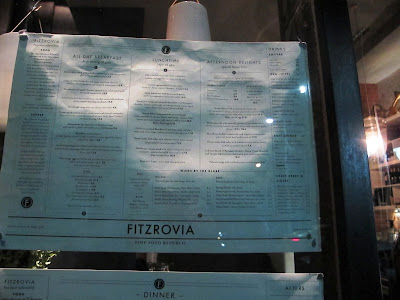